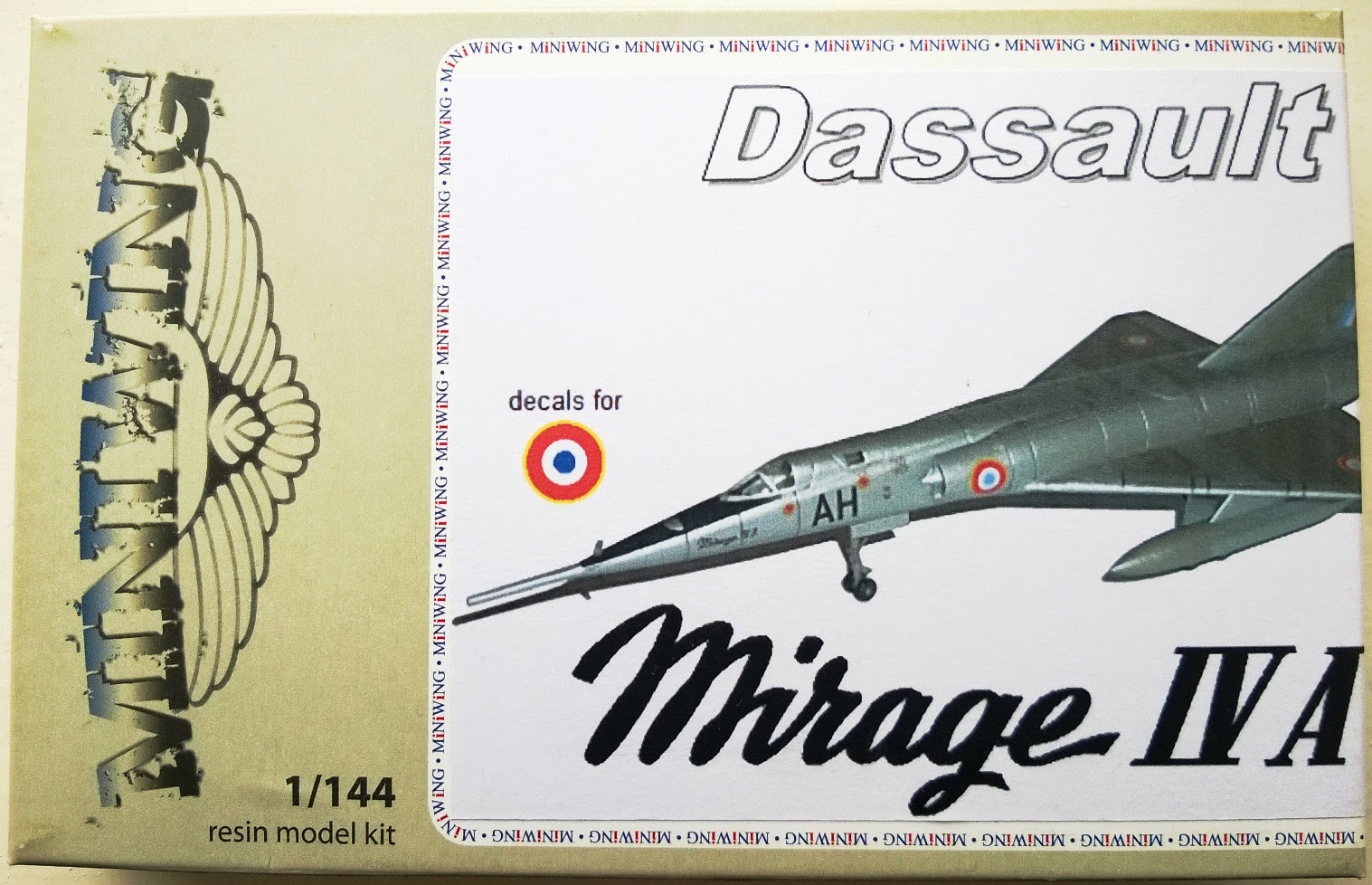 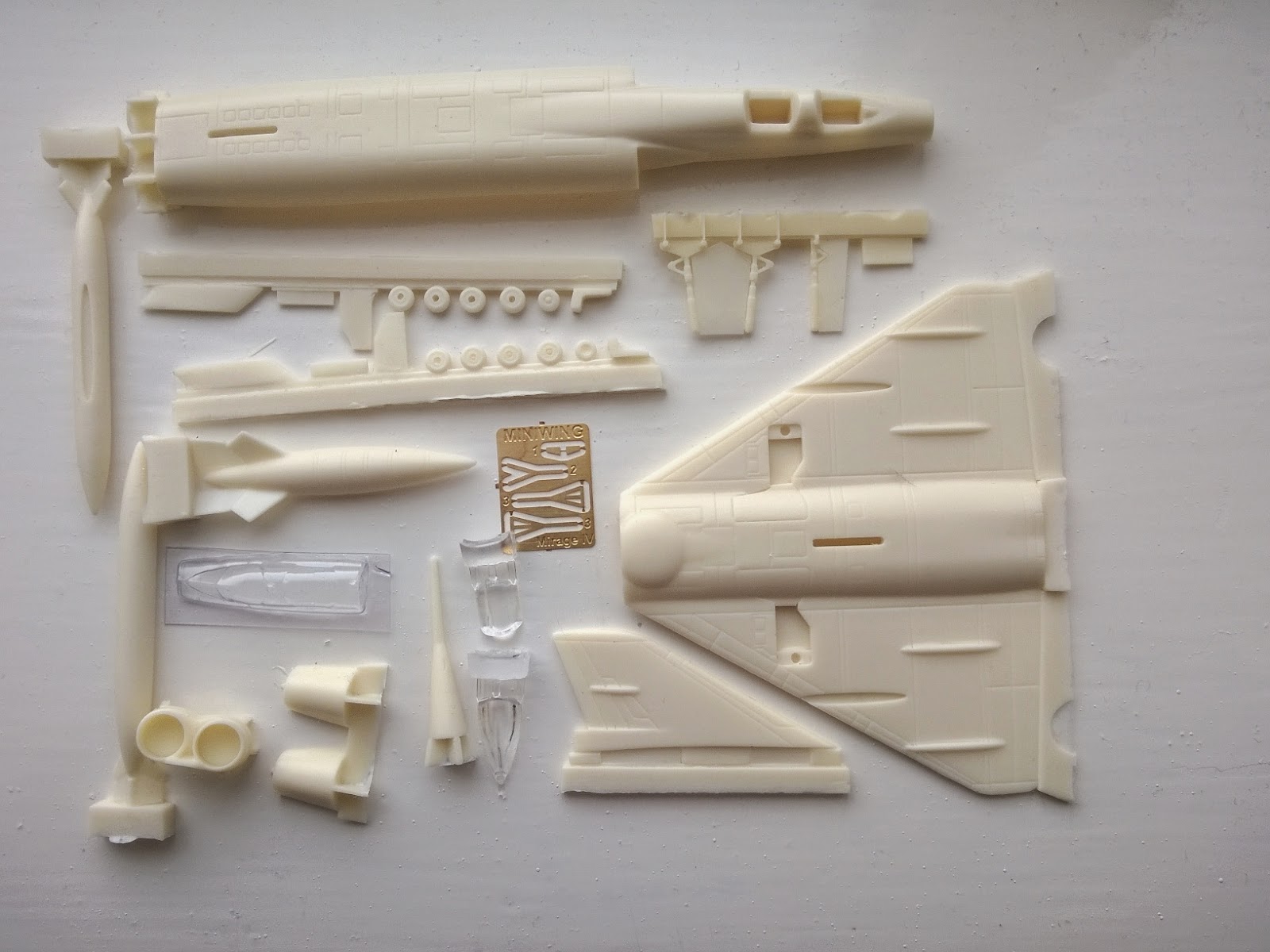 1/144 Mirage IV A - Miniwings
The Dassault Mirage IV was a French jet-propelled supersonic strategic bomber and deep-reconnaissance aircraft. Developed by Dassault Aviation, the aircraft entered service with the French Air Force in October 1964. For many years it was a vital part of the nuclear triad of the Force de Frappe, France's nuclear deterrent striking force. The Mirage IV was retired from the nuclear strike role in 1996, and the type was entirely retired from operational service in 2005.

Another great kit, larger than you might expect conforming to the Miniwing signature format and feel being cleanly cast quality resin with no obvious air bubbles. The panel lines on fuselage  are very finely cast and provide a good balance between finesse and detailing, and the kit also comes with under wing pylons with drop tanks and the AN-22 Nuclear Bomb!

This kit also includes both VAc-Form and Clear Resin Canopy options and also has a photo-etched sprue for detailing.

This great site provides actual images of the aircraft/squadrons featured in the decal schemes:
http://aeromil-yf.pagesperso-orange.fr/mirage_iv.htm