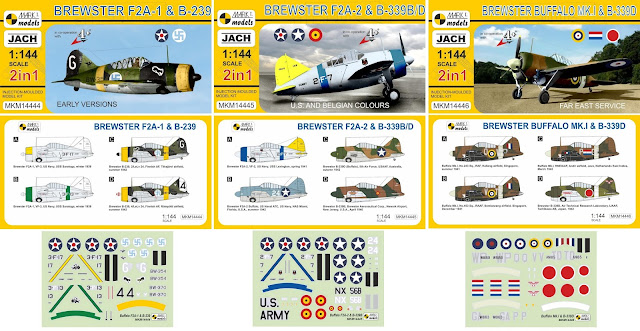 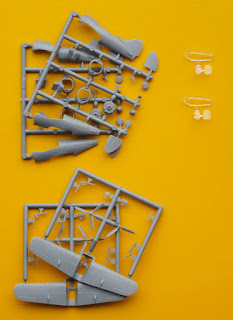 The Brewster F2A Buffalo[1] was an American fighter aircraft which saw service early in World War II. Designed and built by the Brewster Aeronautical Corporation, it was one of the first U.S. monoplanes with an arrestor hook and other modifications for aircraft carriers. The Buffalo won a competition against the Grumman F4F Wildcat in 1939 to become the U.S. Navy's first monoplane fighter aircraft. Although superior to the Grumman F3F biplane it replaced and the early F4Fs,[2] the Buffalo was largely obsolete when the United States entered World War 2 being unstable and overweight, especially when compared to the Japanese Mitsubishi A6M Zero.[3]
Several nations, including Finland, Belgium, Britain and the Netherlands, ordered the Buffalo. Of all the users, the Finns were the most successful with their Buffalos, flying them in combat against early Soviet fighters with excellent results.[4] During the Continuation War of 1941–1944, the B-239s (a de-navalized F2A-1) operated by the Finnish Air Force proved capable of engaging and destroying most types of Soviet fighter aircraft operating against Finland at that time and achieving in the first phase of that conflict 32 Soviet aircraft shot down for every B-239 lost,[5] and producing 36 Buffalo "aces".[6]
In December 1941, Buffalos operated by both British Commonwealth (B-339E) and Dutch (B-339D) air forces in South East Asia suffered severe losses in combat against the Japanese Navy's Mitsubishi A6M Zeroand the Japanese Army's Nakajima Ki-43 "Oscar". The British attempted to lighten their Buffalos by removing ammunition and fuel and installing lighter guns to increase performance, but it made little difference.[7]After the first few engagements, the Dutch halved the fuel and ammunition load in the wing, which allowed their Buffalos (and their Hurricanes) to stay with the Oscars in turns.[8]
The Buffalo was built in three variants for the U.S. Navy, the F2A-1, F2A-2 and F2A-3. (In foreign service, with lower horsepower engines, these types were designated B-239, B-339, and B-339-23 respectively.) The F2A-3 variant saw action with United States Marine Corps (USMC) squadrons at the Battle of Midway. Shown by the experience of Midway to be no match for the Zero,[2] the F2A-3 was derided by USMC pilots as a "flying coffin."[9] However the F2A-3s performance was substantially inferior[10] to the F2A-2 variant used by the Navy before the outbreak of the war despite detail improvements.
https://en.wikipedia.org/wiki/Brewster_F2A_Buffalo 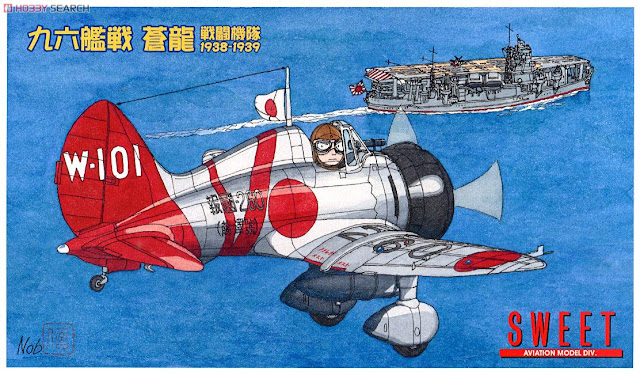 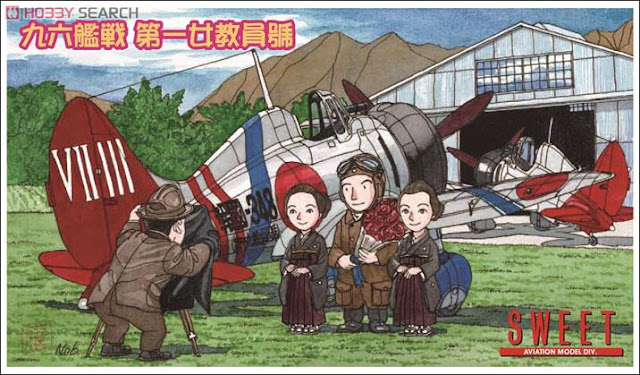 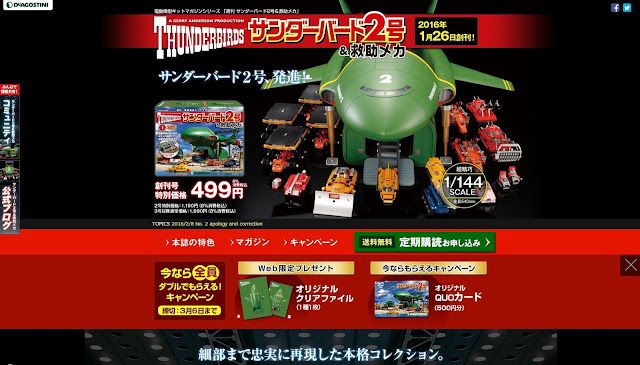 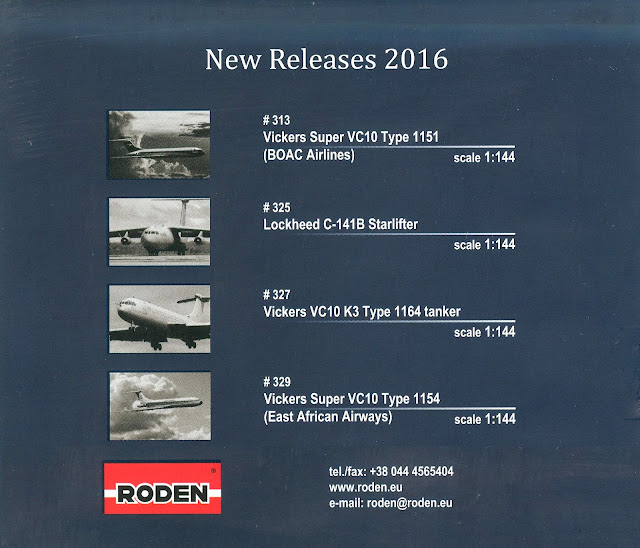 Vickers Super VC10 – was a long-range British airliner designed and built by Vickers-Armstrongs and its first flight was in 1962. The airliner was designed to operate on long-distance Empire routes and commanded excellent ‘Hot and High’ performance for operations from African airports. With its introduction by BOAC in April 1964, the VC10 became an immensely popular aircraft in the BOAC fleet, both with passengers and crew, being particularly praised for its comfort and low cabin noise levels. It was BOAC’s most successful Aircraft in terms of passenger numbers carried. The VC10 still holds the record for the fastest London to New York crossing of the Atlantic, of 5 hours and 1 minute. Other major users of the VC10 were East African Airways and the Royal Air Force, the latter only withdrawing from service its last VC10 in 2013. 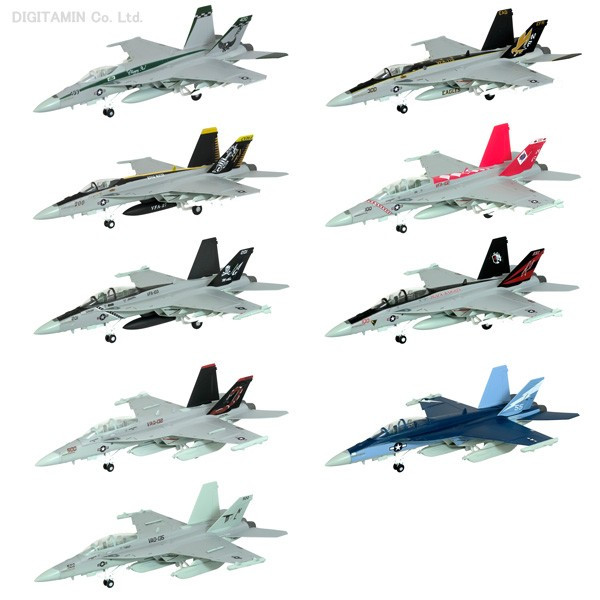 1/144 F/A-18E/F Super Hornet / EA-18G Growler - High-Spec Series Vol.4 - F-Toys
The Super Hornet is an evolutionary redesign of the McDonnell Douglas F/A-18 Hornet. The Super Hornet's unique wing and tail configuration can be traced back to an internal Northrop project P-530, c. 1965; this had started as a substantial rework of the lightweight F-5E with a larger wing, twin tail fins and a distinctive leading edge root extension (LERX).[4] Later flying as the Northrop YF-17 "Cobra", it competed in the United States Air Force's Lightweight Fighter (LWF) program to produce a smaller and simpler fighter to complement the larger F-15 Eagle. The Navy directed that the YF-17 be redesigned into the larger F/A-18 Hornet to meet a requirement for a multi-role fighter to complement the larger F-14 Tomcat serving in air superiority and fleet defense interceptor roles. The Hornet proved to be effective but limited in combat radius. Its design was expanded in the Super Hornet, which has an empty weight slightly greater than the F-15C.[5] 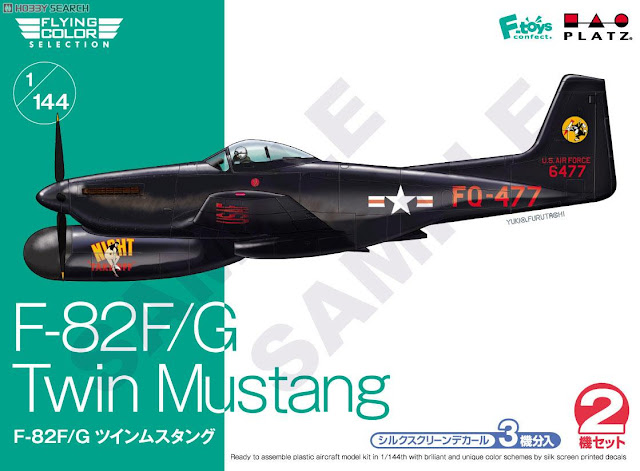 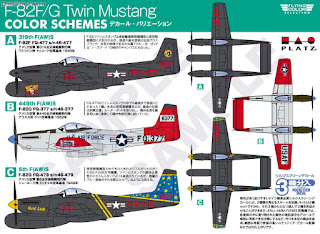