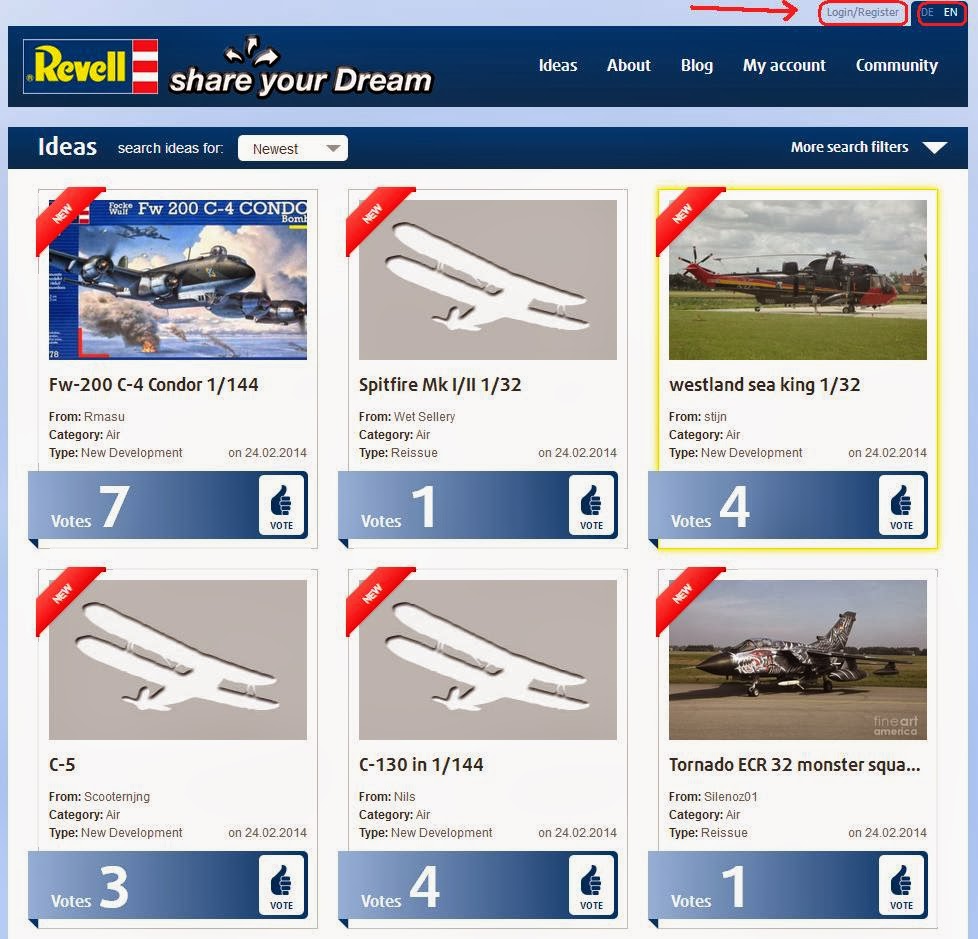 Revell Germany has opened a new voting page, collecting ideas from the community (mainly for new kits) and holding a vote on each one. The site is available in German and English (you can switch on the top right of the page). I'm not sure how much influence this will have on Revells future plans but it might be an opportunity to promote 1/144th scale subjects. Feel free to join, add your ideas (in the "About" section) and vote for others.

Note: The English and German section have different listings/ 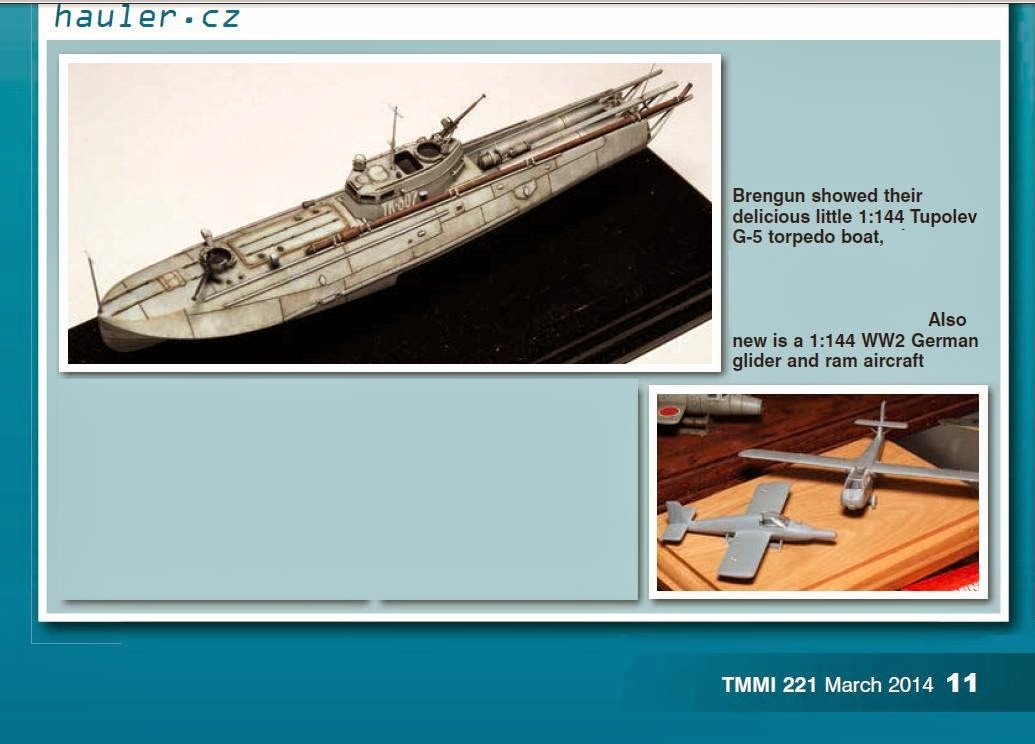 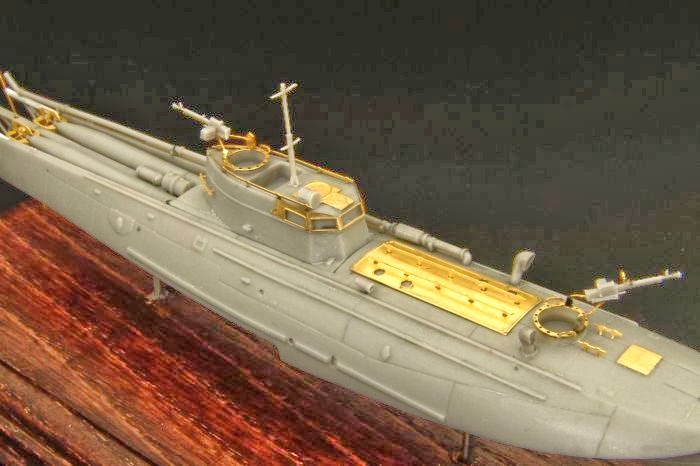 Zeppelin 'Rammer'
A paper project based upon the premise of simply ramming allied bombers out of the skies...
http://www.luft46.com/misc/zrammer.html

Blohm & Voss BV 40
Achieving a stage beyond paper, a small number of prototypes of this armed glider fighter were produced. Designed to attack Allied bomber formations during the time of the bombing raids over Nazi Germany.

1/144 New Kits from Dameya
Dameya has been busy producing kits using CAD design and printing in the Shapeways 'FUD' material delivery increased detail, but at a higher price and offerings for the carpet monster. 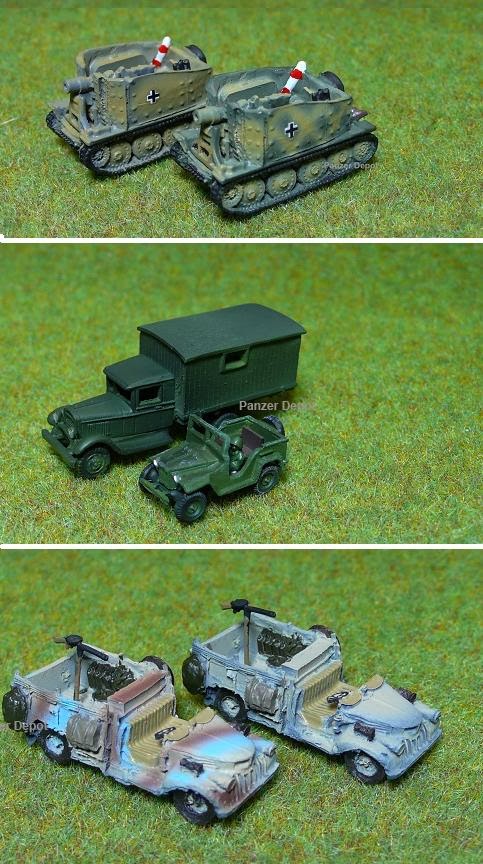 First shots of the coming model of the He 219 Uhu have just been made available!
(Double Click Images Above for Larger images)

In total, three variants are boxes are currently being prepared with a range of national decals, and in addition to the plastic sprues the kits will also include a small fret with photo-etched parts (aerials, cockpit seats and other details).

A British licence development of the Sikorsky S-58, the Westland Wessex was a general purpose duties all-metal helicopter produced by Westland Aircraft Ltd.

The Wessex HU.5, basically similar to the HC.2, represented the last version for the Royal Navy. It was powered by twin R-R Gnome turboshaft engines, which provided enough power and added safety for carrying troops into action.

A pre-production aircraft flew in May 1963 and a total of 100 machines were deliverered between 1963 and 1967. The HU.5 was also used in SAR, communications, fire support, air ambulance, paratrooping and ferrying roles. Following distinguished service the type was eventually withdrawn from RN service in March 1988.

Wessex HU.5C was a designation for a small batch of aircraft deployed to No.84 Squadron at RAF Akrotiri in Cyprus, serving there in the period 1984-94.

Available from Kits-World for Pre-Order (free worldwide shipping)
http://kits-shop.com/mark-i-models_1_144.php
Posted by bluedonkey99 at 21:42 No comments:

A British licence development of the Sikorsky S-58, the Westland Wessex was a general purpose duties all-metal helicopter produced by Westland Aircraft Ltd.

The Wessex HC.2 was designed for battlefield tactical support, troop-carrying and casualty evacuation. Powered by twin Rolls-Royce Gnome turboshaft engines in a redesigned nose (compared to HAS.1/3), the pre-production prototype first flew in October 1962 and the type entered RAF service early in 1964.

In the period 1976-96 the Wessex was used in the SAR role under the designation HAR.2. Covering both day and night call-outs, they carried out invaluable work in air, sea and mountain rescue roles.

A total of 72 Wessex HC.2s were built by Westland, the last of which was delivered in July 1968. It provided a lengthy service, flying with units both in the UK and overseas, with the last machines withdrawn in January 2003.

Available from Kits-World for Pre-Order (free worldwide shipping)
http://kits-shop.com/mark-i-models_1_144.php
Posted by bluedonkey99 at 21:24 No comments: 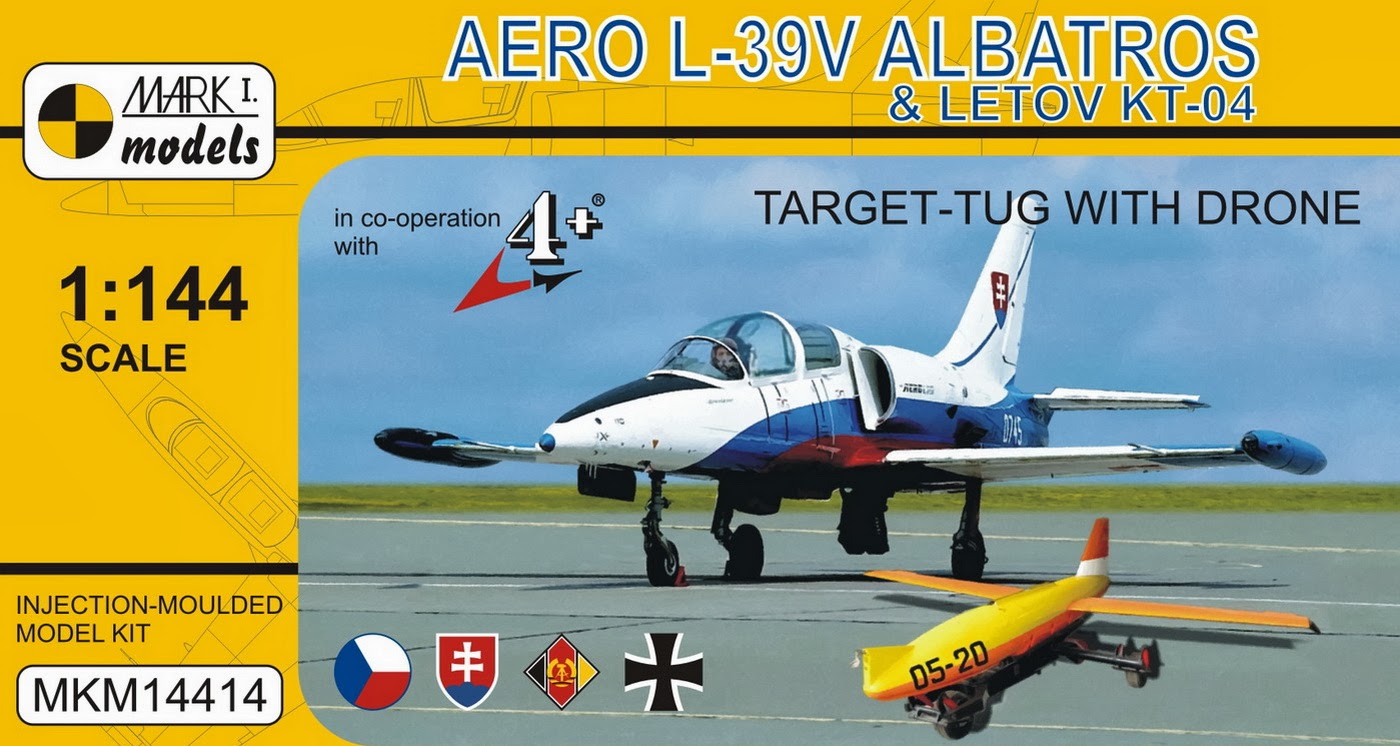 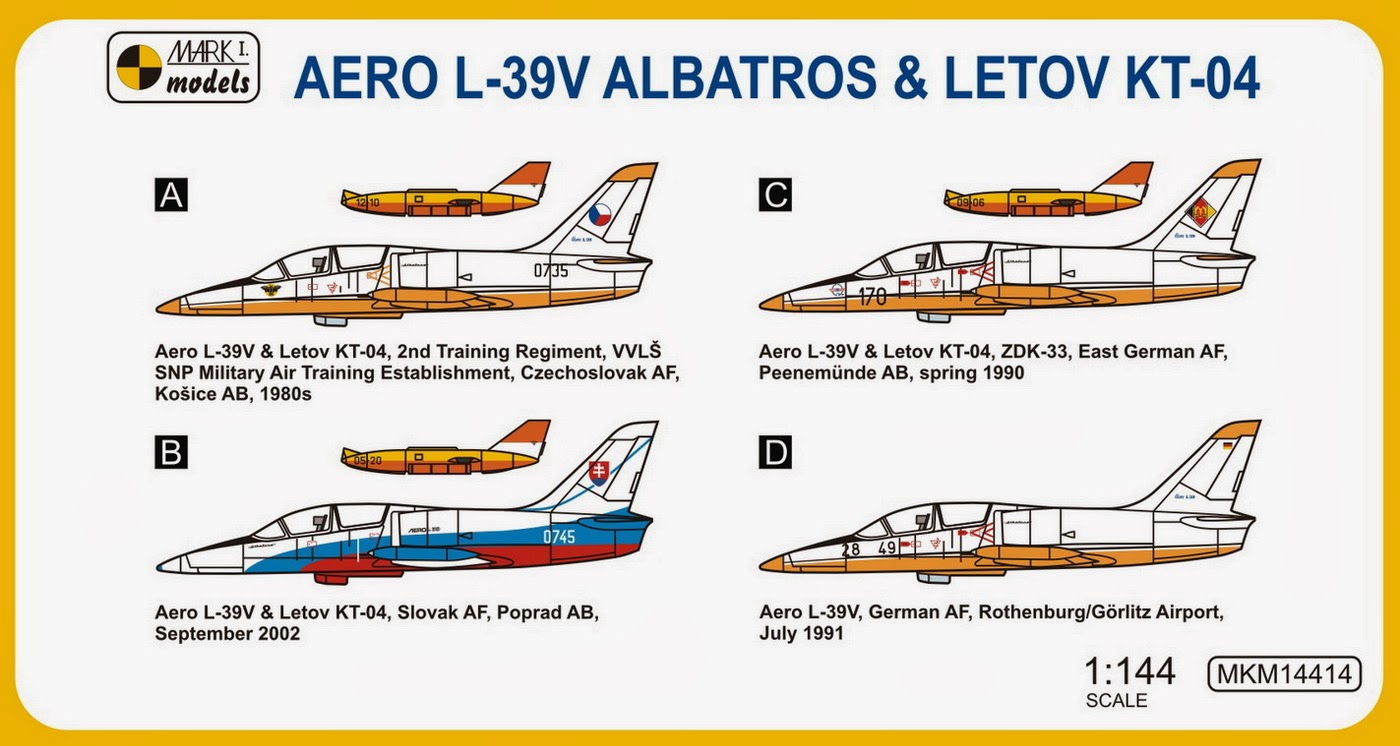 The L-39 Albatros, a high-performance second-generation jet trainer, was developed by the Aero Vodochody aircraft company in Czechoslovakia during the 1960s. It is a two-seat, all-metal monoplane powered by an Ivchenko AI-25 turbofan engine. Becoming the most widely used jet trainer, until today about 2,800 L-39s have served with more than thirty air forces around the world.

The L-39V was a dedicated target tug version utilised by air forces of Czechoslovakia and East Germany.

Available from Kits-World for Pre-Order (free worldwide shipping)
http://kits-shop.com/mark-i-models_1_144.php
Posted by bluedonkey99 at 21:18 No comments: 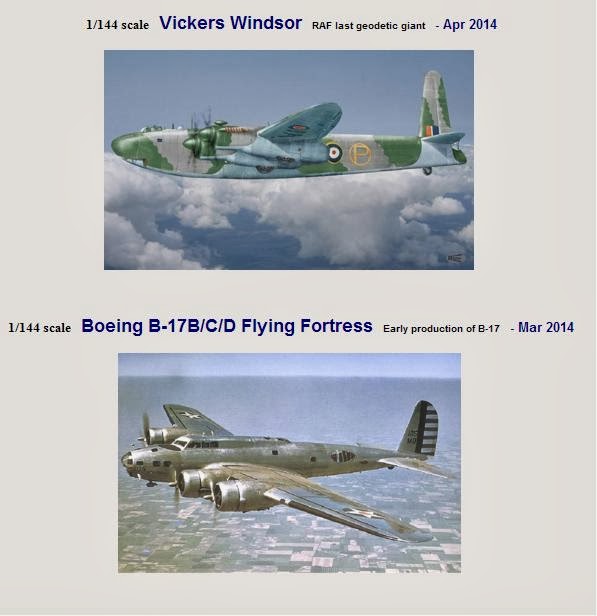 The Vickers Windsor is an interesting technological development resulting in a number of prototypes being produced, but ultimately upgrades to the Lancaster proved more cost effective. Nice subject and hopefully will have some interesting bonuses - Vickers Type 432,Martin Baker MB 5? A Vickers Victory would make a good future Anigrand 'Huge Bird' release!

The Boeing B-17B/C/D is a strange choice, will this be a 3 in 1 series, or just the one with parts for 3 options? If the latter, then this is going to be a small kit and maybe some more impressive bonuses?

Well, it would appear that S&M Models had recently issued their Vickers Windsor.

However, there are the two recurring problems with S&M
i) their name and the internet don't mix well,
ii) they don't appear to have a website (and if they do its impossible to find due to issue (1)) 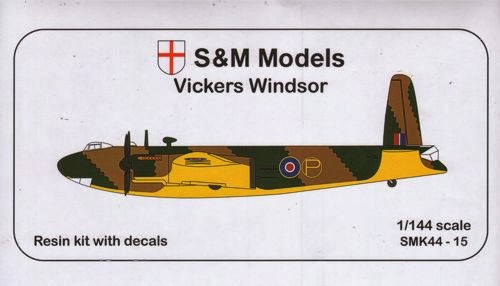 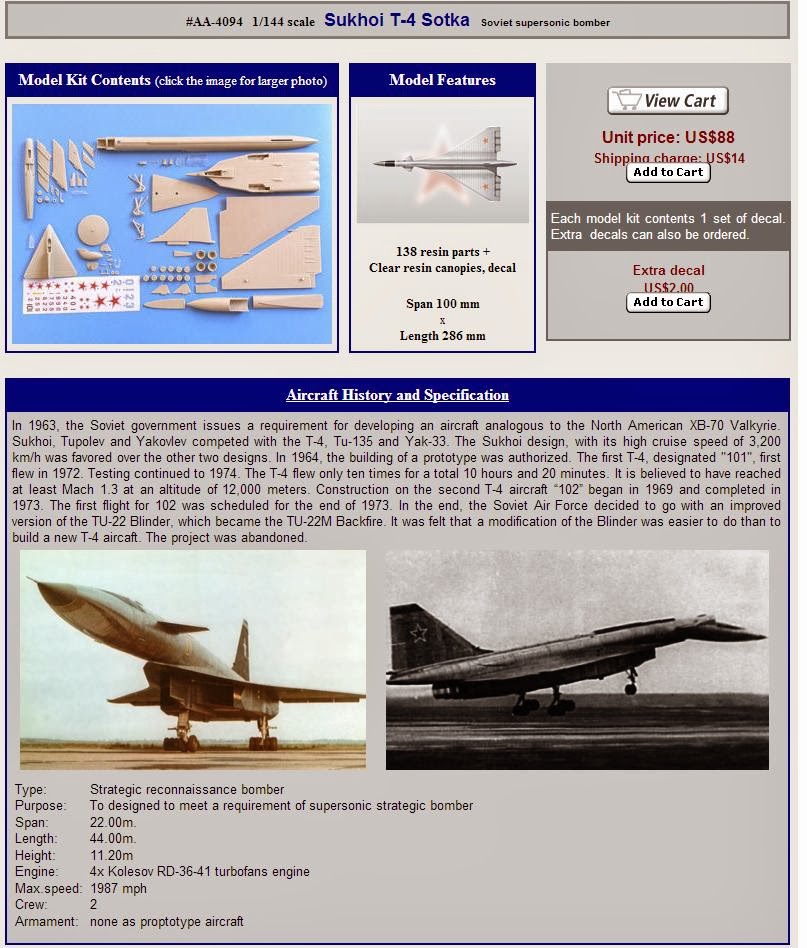 1/144 scale  Sukhoi T-4 Sotka  Soviet supersonic bomber  Not much to go on a the moment, other than this is likely to be the "real T-4" opposed to the conjectural T-4MS previously released by Anigrand?http://www.anigrand.com/AA4094_T-4.htmhttp://en.wikipedia.org/wiki/Sukhoi_T-4You know that after this your going to feel the urge to build a Tu-144 as well!?? 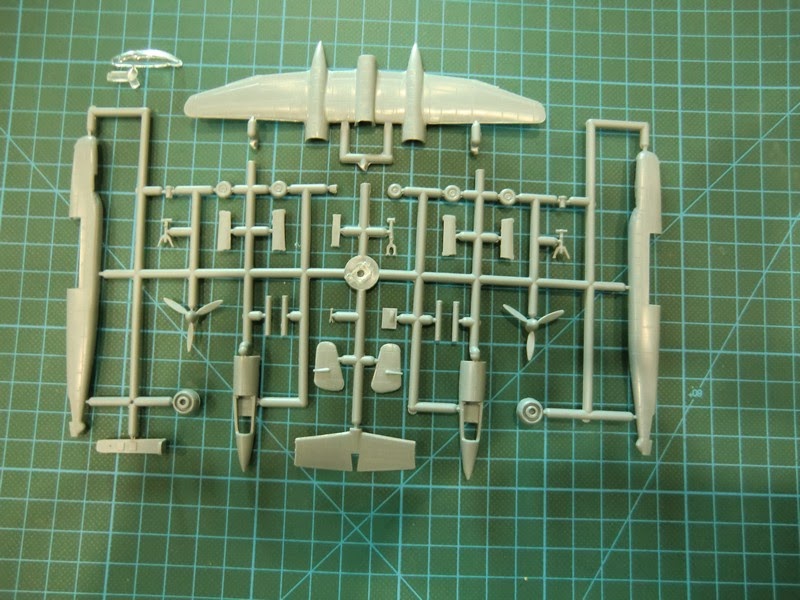 Mark-1 continue to expand their range with a number of He-219s, with reliable sources quoting A-2, A-5 and A-7 subversions.There is the possibility of P/E parts to supplement the plastic kits?

If you have a look at the following galleries - you will see a range of items from Brengun, Revell, Zvezda, Eastern Express, Eduard and MARK 1 etc