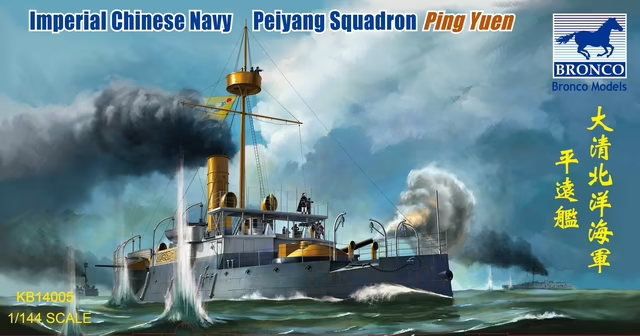 No further details have surfaces so far, though previous releases in this range have also included decals and photoetched parts,.

The Japanese Navy has been captured and operated for about 10 years, and has participated in the Russo-Japanese War.

The total length of the kit is about 41 cm.
-Handrails and ladders on the mast are reproduced with etched parts.
--Decals for the Imperial Chinese Navy flag are included
--Heien is the first domestically built warship in the Qing dynasty.
-Armor was imported from France and armor was imported from Germany.

The ship name at the time of construction was [Ryuei], but it was changed to [Heien] when it was transferred to the Beiyang Fleet.

In the Battle of the Yalu River in the Sino-Japanese War, you engaged with [Matsushima] and caused damage, but you also damaged yourself and withdrew to Weihaiwei.
--It was captured by the Japanese Army in 1895 and incorporated into the Japanese Navy under the same ship name.
--On the way back from the patrol during the Russo-Japanese War's Siege of Port Arthur (September 18, 1905), it sank due to a mine.
--The main gun is a Krupp 26 cm gun mounted on a single turret. It was a large caliber gun for the time.
--Overall length 60m, displacement 2100 tons
--Two reciprocating engines, speed 10.5 knots 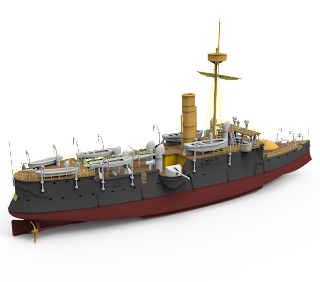 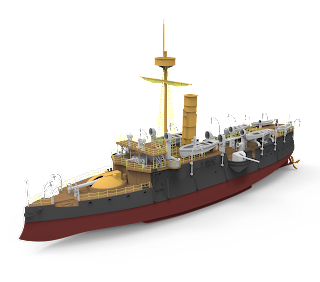 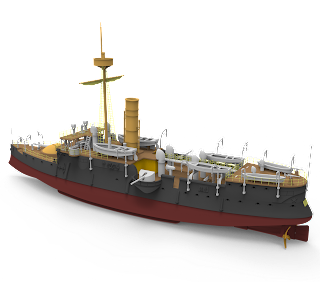 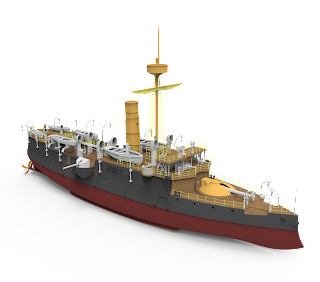 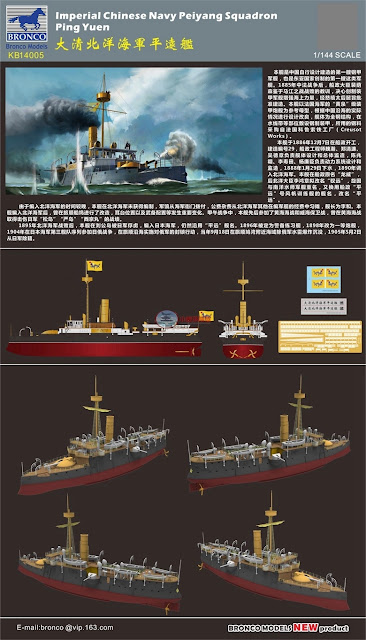 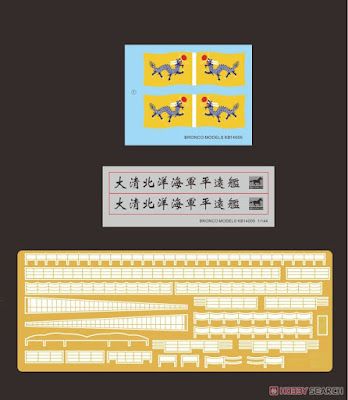