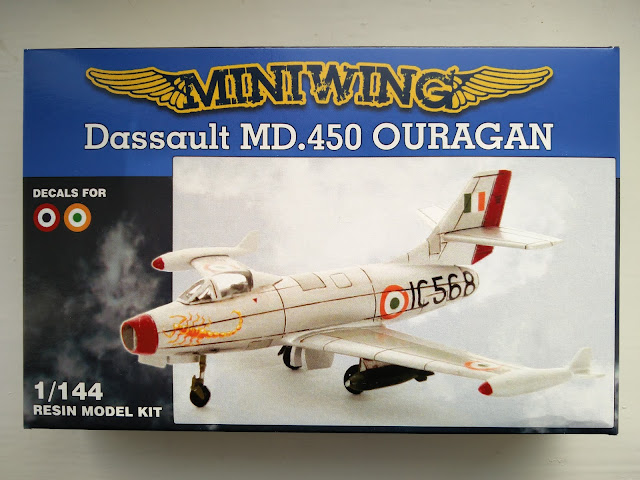 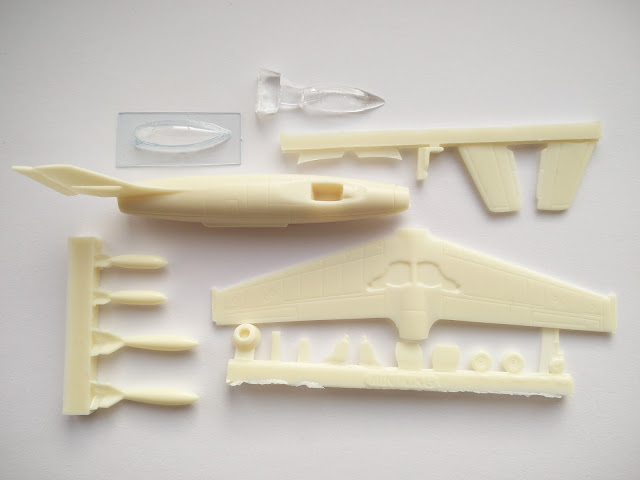 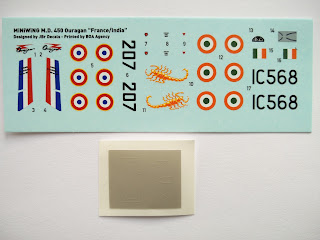 Miniwings have released their next batch of kits, covering this nice looking early European fighter-bombe.

The Dassault M.D.450 Ouragan (French: Hurricane) was the first French-designed jet fighter-bomber to enter production, playing a key role in resurgence of the French aviation industry after World War II. The Ouragan was operated by France, India, Israel and El Salvador. While in Israeli service, it participated in both the Suez Crisis and the Six-Day War.

Detailed design work on the new aircraft, which was given the designation M.D. (Marcel Dassault) 450, began in October 1947, with construction beginning on 7 April 1948 at Dassault's factory in Saint-Cloud. The Ouragan was smaller and lighter than the Thunderjet and had a thin wing similar to the one used by the Lockheed F-80 Shooting Star.

The kit conforms to the Miniwing signature format and quality,  being cleanly cast and no air bubbles. The panel lines on fuselage are very finely, and also provided is both a clear resin and a vac-form canopy - also, included is a set of vinyl masks for painting the canopy. Did i mention the box, well there Miniwing have introduced a new modern letterbox style box - with full colour painting options on rear.

There are two decal options are provided for aircraft :

An Israeli and El Salvadoran version of this kit is available.

(Review kit provided by Miniwing)
Posted by bluedonkey99 at 14:05 No comments: 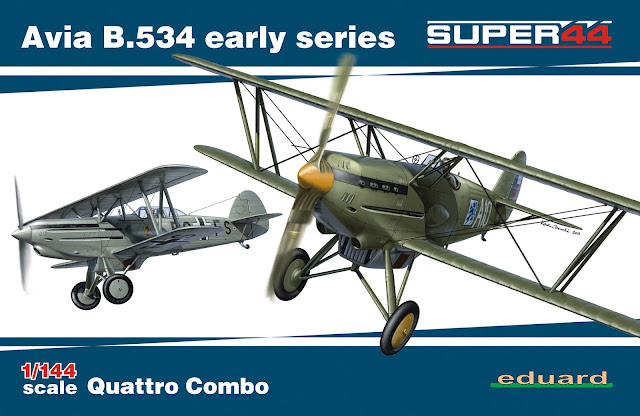 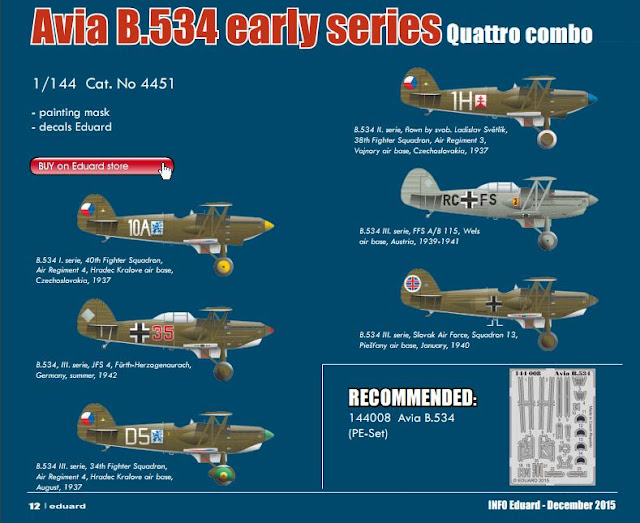 First release of Avia B.534 in 144th scale (2015 tool). Kit contains parts for 4 complete models of early variants of the aircraft. 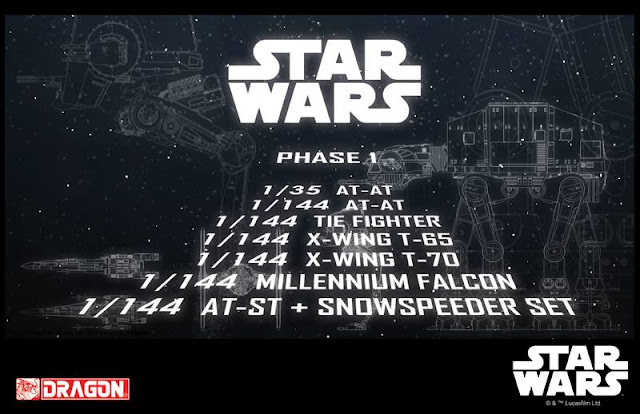 New 1/144 items coming out of the new Starwars franchise fro Dragon, this is 'Phase 1' - so I don't know if there will be more connected to this films released, or we have to wait until the next movie??

There is not much to go on at the moment, only this teaser on Dragon Facebook site.

Its not clear as to the relationship between the licensing/production with Revell's new kits - same / shared  - or, different ....? 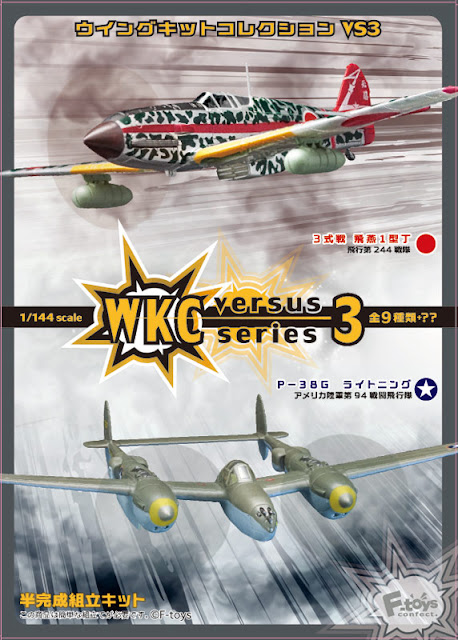 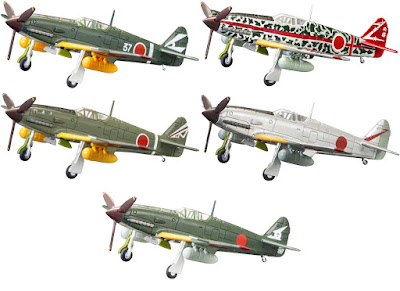 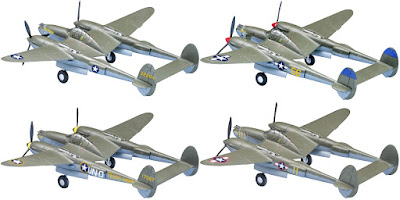 The next in the "vs" (versus) series, this time the series appears to be focused on the "War over the Pacific"

Want more variants?
http://kitsworld.co.uk/ and i'm sure MYK Decals will announce some by release data?