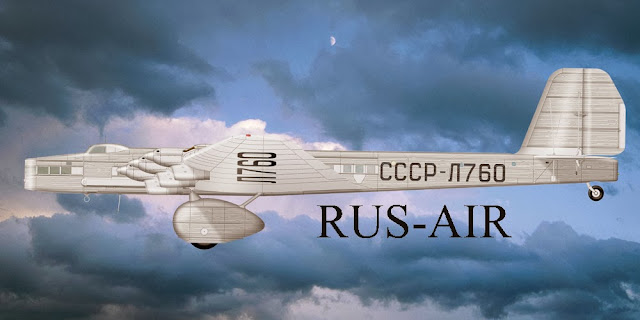 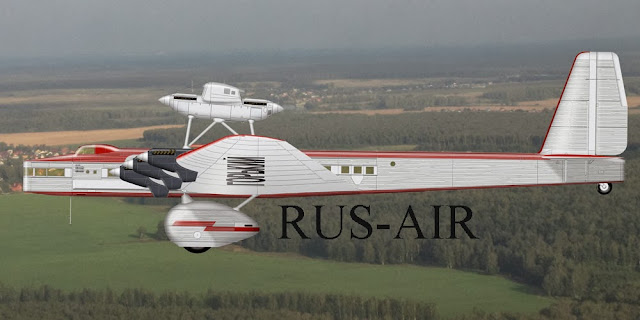 1/144 The Tupolev ANT-20/bis  'Maxim Gorky' - RusAir
I don't know too much about this release 'coming soon, though imagine it will be a short run plastic or resin kit?
Its also not clear if the kit will allow you to build two versions of this aircraft, or whether there will be two issues of the kit.

I cant find a RusAir website but judging that all thier other kits seem to go for the same price (US 69, Roubles 1950, equates to 36-40 GBP)

Clearly if you bought the Anigrand  Kalinin K-7 this is the one for you (or maybe Revells Junkers G-38?)
http://www.anigrand.com/AA4047_K-7.htm 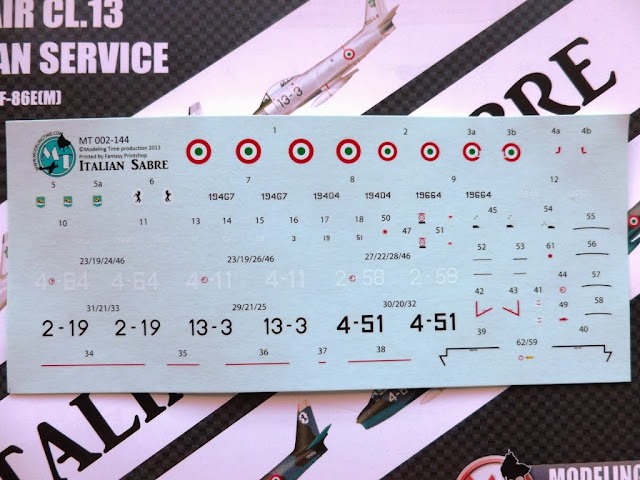 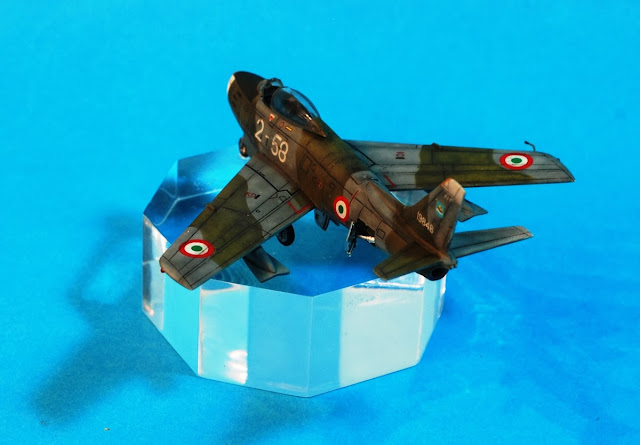 The decal set come with a comprehensive booklet providing detailed placement and colour schemes for a number of aircraft and additional modeling tips including a variety for 1/144.
This informative and well laid out glossy booklet obviously comes with a set of professionally printed (Fantasy Printshop UK) water slide decals (no alps/lazer here!)  that have good colour and fine details. 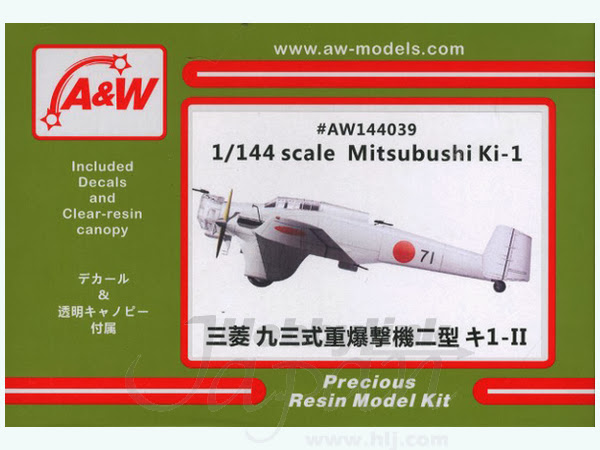 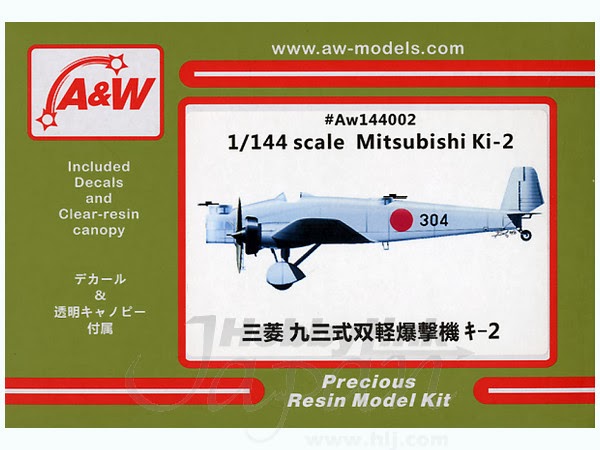 1/144 Mitsubishi  Ki 1-II  ( Type 93) - by by A & W Models
An early series of aircraft in Japanese service, based upon Early Junkers S-36 / AB Flygindustri K37 aircraft. These aircraft where used by the Japanese in campaigns on the Chinese mainland in the late 1930s.

AW specialise in Japanese Aviation, many of which are exclusive to 1/144.

Image source; HLJ , also can be ordered via Radjapan

They also issued the Ki-2, which with a degree of scratch work could be converted to a Mitsubishi Ohtori (Phoenix) record breaking/experimental plane (see 1/48 model)
Posted by bluedonkey99 at 00:31 2 comments: 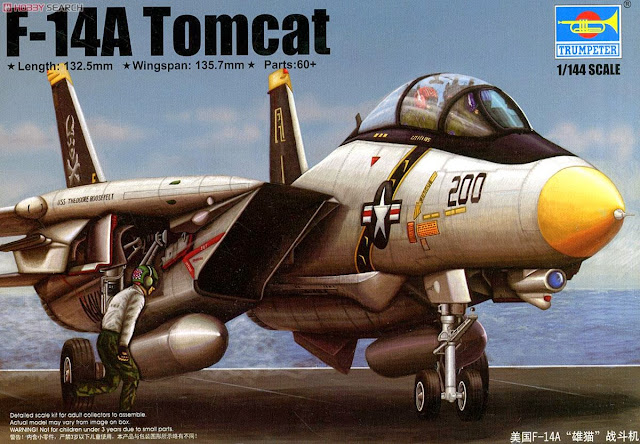 The next in the series of eagerly awaited kits from Trumpeter, this time the awesome F-14 of the US Navy.
The IPMS assessment indicates that this kit provides even more option out of the box then the recent SU-27 issue, with the Tomcat coming with various early and late components, include two front fuselage sections!

For a initial out the box assessment see:
http://ipmsphilippines.com/test-shots/testshot-f-14-tomcat/ 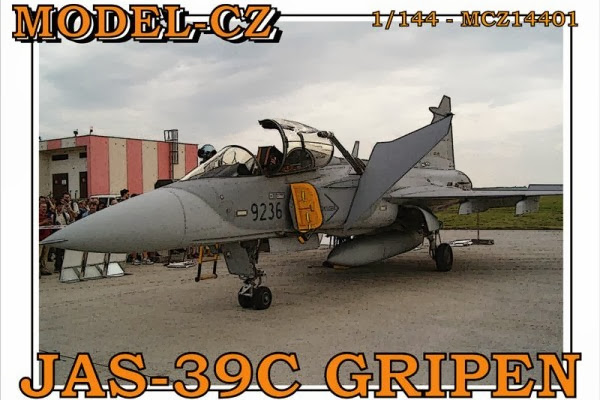 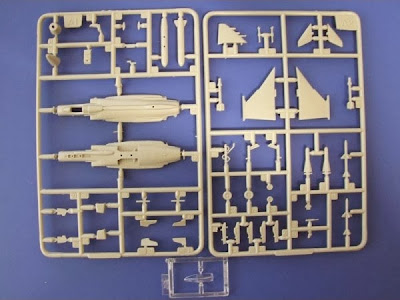 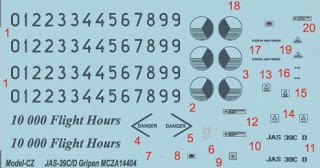 I have not heard of this company before, but they do seem to make Gripens a speciality although previously in other scales.

It looks like this comes as an injected kit, with clear injected canopy and set of lo-viz decals with special flight decals  http://air-attack.com/images/single/1005/10000-flight-hours-with-Czech-Gripen.html

The price is a bargain at 170 Kopeks (@6GBP) this might be reflected in some of the issues?

Should you want additional schemes, the Mark-1/4+ publications decal and book set appears to be available still from Hannants etc 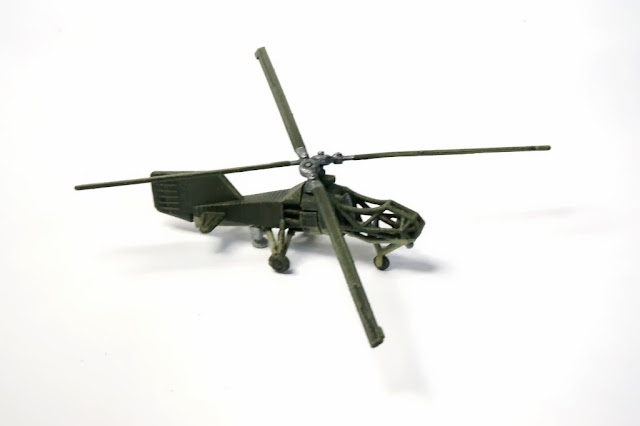 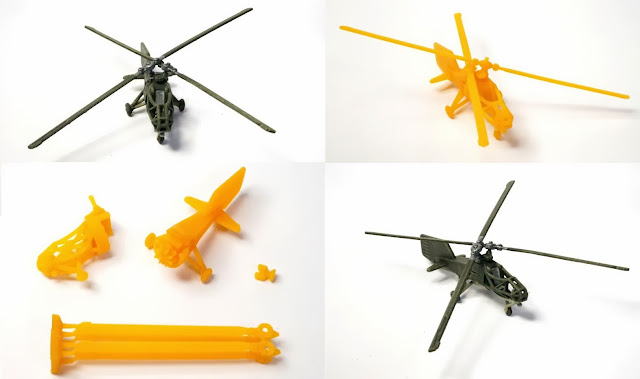 V21 and V23 were designed as two seaters with a nose design that resembled modern US Apaches, which was not a surprise because a surviving V23 was captured by the US by the end of the war.
V15 was supposed to be captured and ship back to the US after the war.
After the war, Anton Flettner was brought to US as part of Operation Paperclip and became the chief designer of Kaman Aircraft and continued his development of helicopter such as K-1200 K-Max.

This model is based on Fl-282 V15 with semi glazed cockpit (B-1). Highly detailed features included detail cockpit and engine down to the eight blade cooling fan.

When ordering a painted version, this item will be Fully Painted in the selected Colour Scheme and Weathered.

To facilitate shipment, all painted items model will be shipped in six parts. Minor assembling required.

When ordering the RAAAW option it will arrive unpainted and is made up of 8 parts: Nose, Tail, four Rotor Blades and one Tail Support (construction required).

In all options, the pilot figure will be randomly selected from 4 different designs painted in Luftwaffe uniform.
When selected Afrika Korps versions will be painted in Afrika Korps uniform scheme.

All figures are 3D printed in ABS-L with 250dpi resolution. 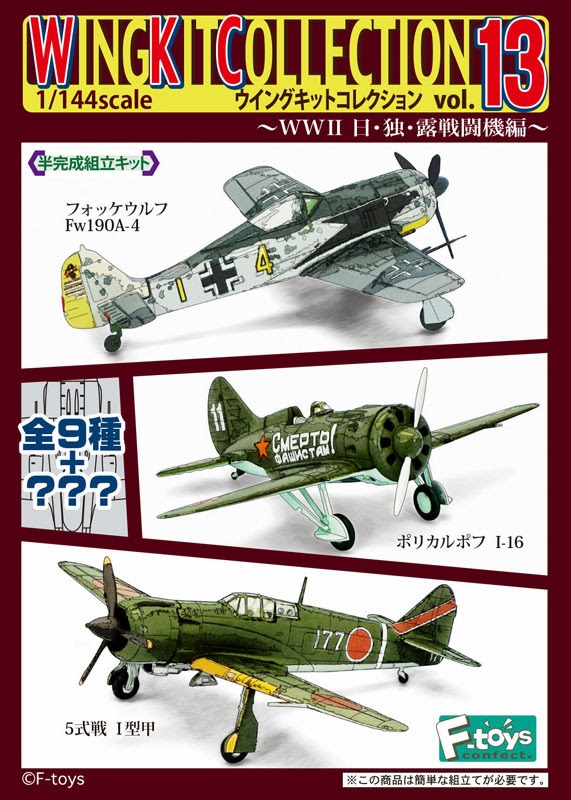 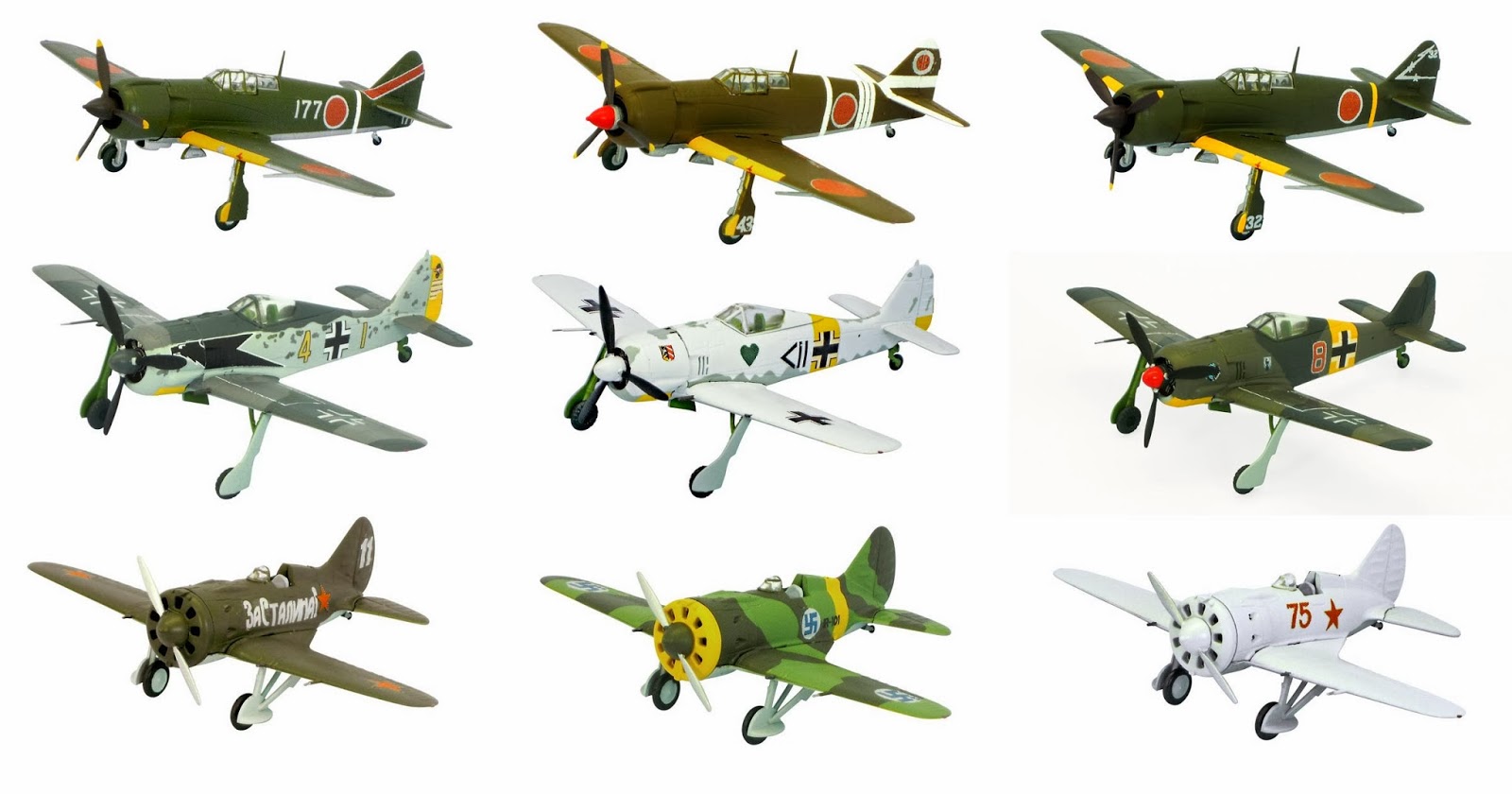 F-Toys Wing Kit Collection Vol.13 - F-Toys
I don't know what the theme is across this release unless its some form of 'early birds' - it's not being marketed as an extension or part to to WKC Vol.7...

We are however promised 'new molds' for some of the types previously issued by other manufacturers, and as you can see also have some new types to pick up. 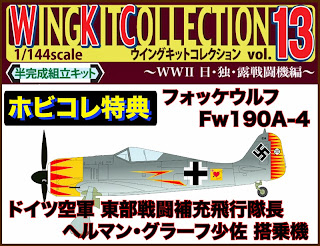 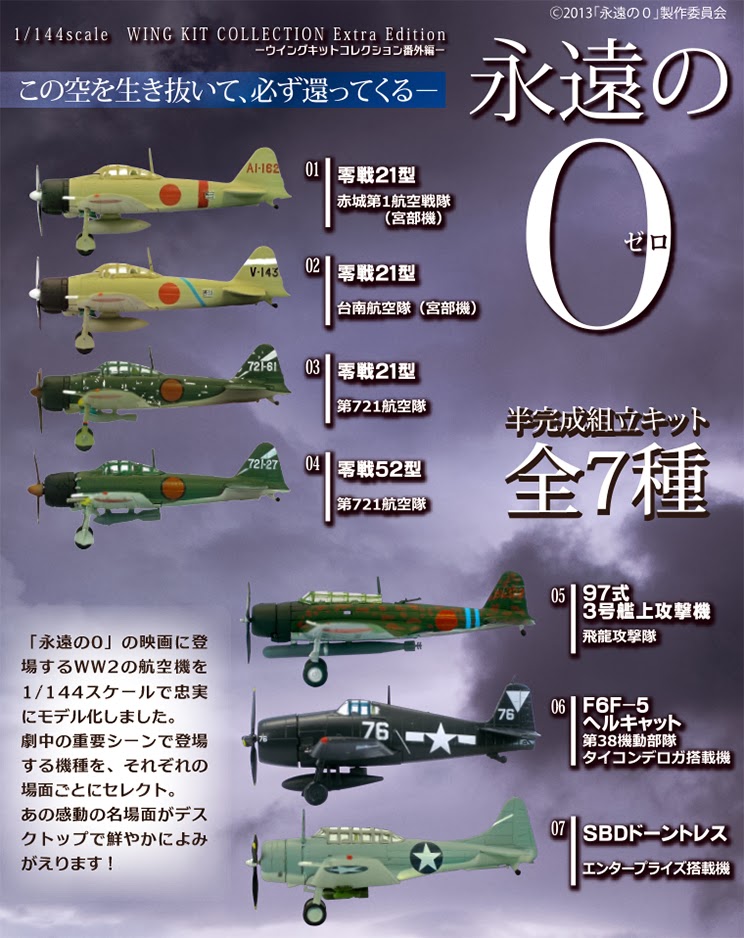 A reissue of a number of moulds to tie-in with a Japanese Film Release. There does not appear to be anything earth shattering here, though if you must collect evety Zero permutation issued - this set if for you!
:-)

More info on the film and its trailer: http://psycho-drama.com/index.php/clips/687-fulltrailer-eternal-zero

I think would have been more interested in a tie-up producing some of the more fanciful designs in Studio Ghibli's The Wind Rises http://www.youtube.com/watch?v=PlaW8-2T1HI , incidently  Miyazaki's final film. 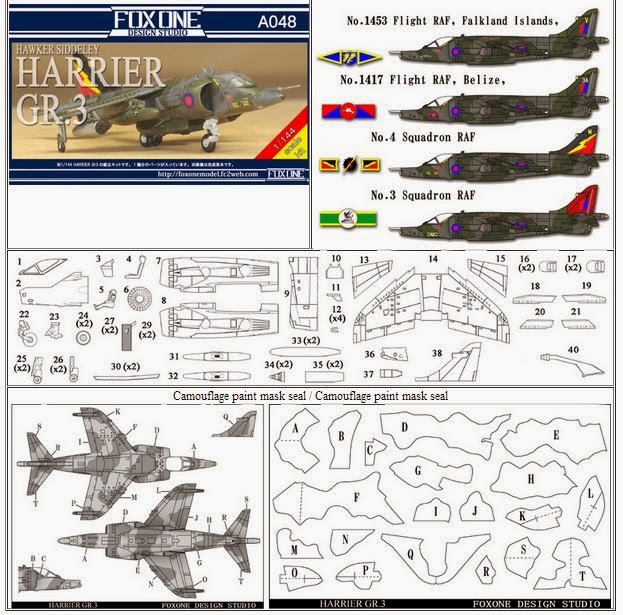 1/144 Hawker Siddeley Harrier Gr.3 by FoxOne
The next Harrier varuient to get the Foxone treatment is the GR.3, presnted here with 4 schemes> 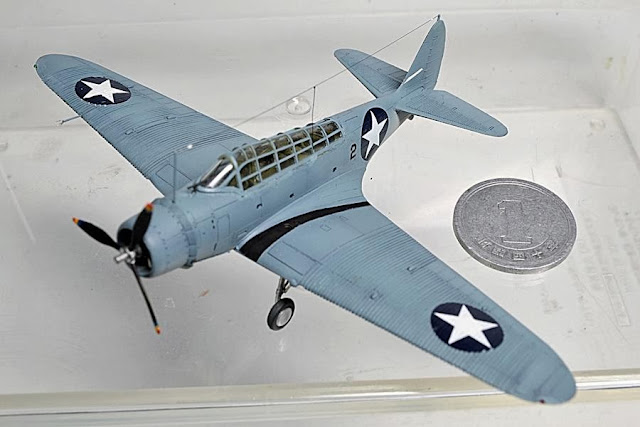 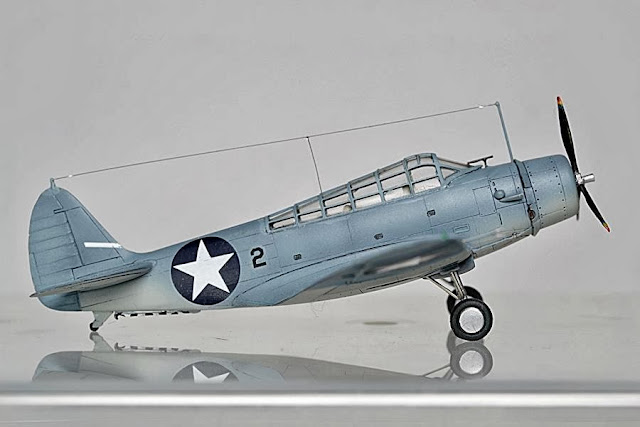 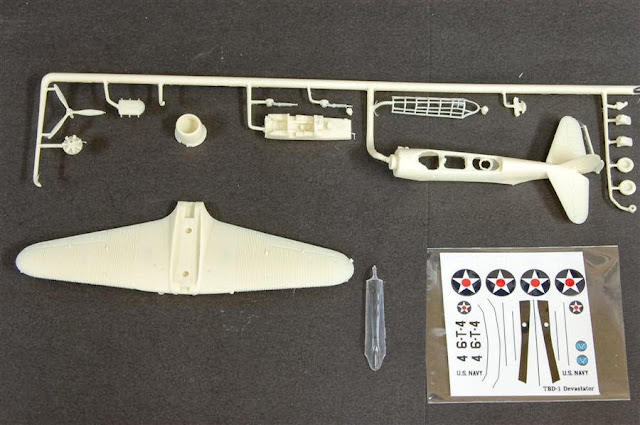 AKI Products present a range of high quality resin including the TBD-1 which we have not seen in scale before?

Though you may need to check stock ?
http://www.modelfactoryhiro.com/new/en/model-topics/aki-products