1/144 Landwasserschlepper I with Interior & Crew - CGD 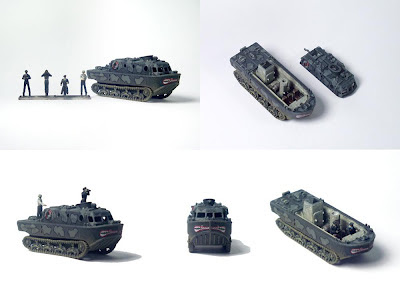 This vehicle comes with removable canopy showing interior with a crew set of four in Navy uniform.

Landwasserschlepper (Land-Water-Tractor or LWS) was an unarmed amphibious tractor prototyped in 1940 originally intended for Operation Sealion. A handful was built but difficulties in production prevent implementation. The LWS I entered service in 1942 and was used in Russia and North Africa. In 1944 a completely new design (LWS II) based on Panzer IV was introduced. LWS remained in service till the end of the war. 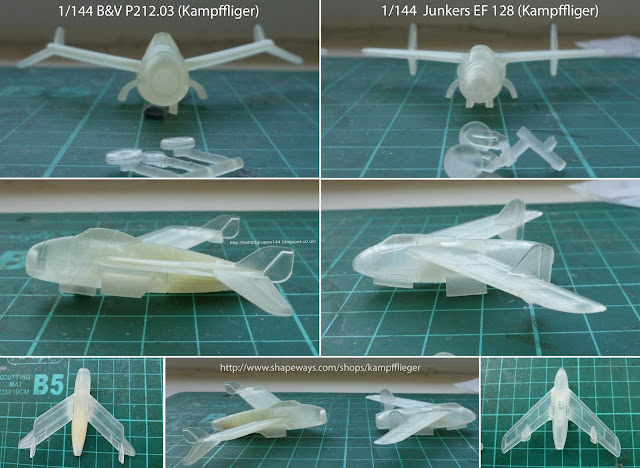 Released this month in 1/144 by Kampflieger the B&V P.212.03 and Junkers EF-128 fighters, available in two options with 'wheels up' and 'Wheels down'. It is available in the following materials "White Strong & Flexible" and "Fine Ultra Detail" (recommended an shown here). Nice little kist with just enough detail, and with a bit of polish and 'Future or Klear' on the canopy should shape up nice!


Available Directly from the Kampflieger Shapeways store along with all his excellent WWI aircraft, hopefully this will be the start of many WWII & Luft'46 designs to come! Giving an alternative to the Anigrand kits. 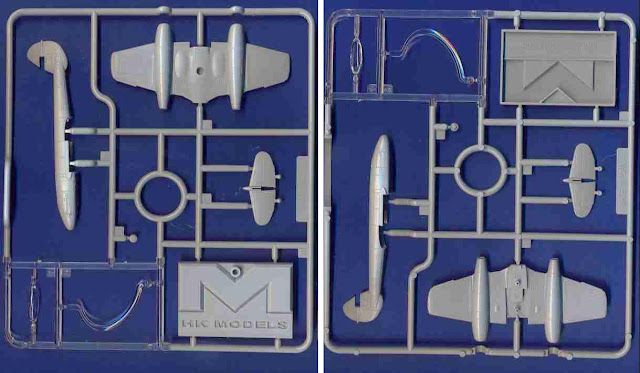 1/144 Gloster Meteor Mk.IV - Hong Kong Models
The first "post-war"version of the Meteor with the new RR Nene engines, although available earlier it did not enter service until 1947.

Not much known about this kit currently, no release date, no price, no markings etc....
The image looks quite pixelated, so hopefully the production kit does not look as rough as the image portrays!? 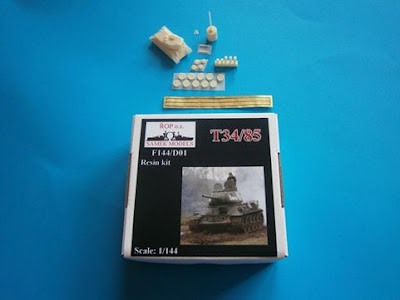 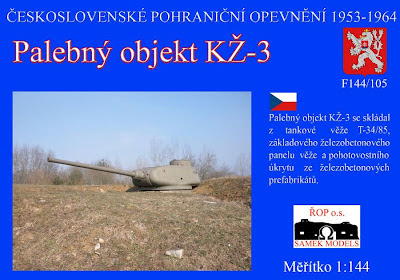 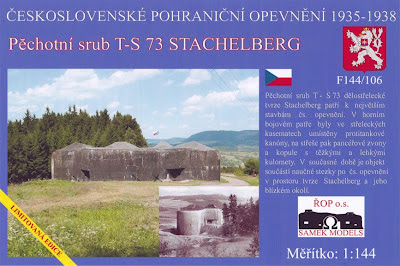 In addition to the bunkers, is a all new resin T-34/85 kit with photo etched tracks, price to be determined

1/144 WWII Bomber Range - ODIN-IST Models
Due for release starting in Feburary 2012 there is a new issue of some old favorites to come your way by  new company called IST launching their ODIN Range. The curious thing about this release is that they are using the IXO/Altays moulds for their aircraft, the painted livery schemes will be different to the previous IXO/Altaya range.  The price is a lot higher than the IXO so it will be interesting to see what the paint and build quality of these items will be!? 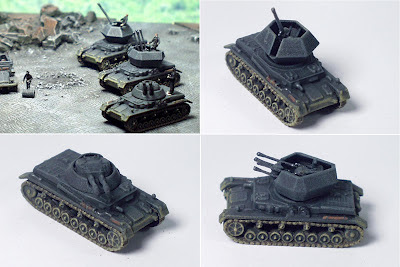 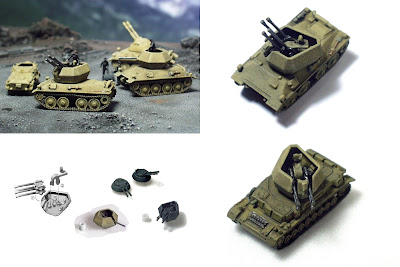 1/144 Pz.Kpfw IV & 38D Flak Series - Comat Group Dynamix
This month CGD has gone flak crazy and has issued a range of production and concept flak panzers and conversions kits for your pleasure!

Turret only Options:
All three Kugelblitz, Ostwind and Wirbelwind turrets are available as conversion kits, painted and unpainted. They will fit both the WTM, Can.do and CGD chassis 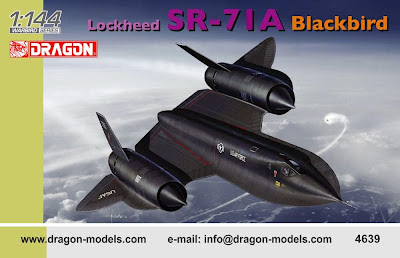 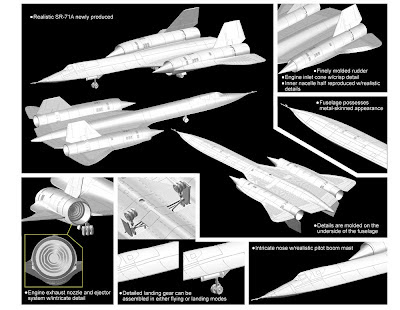 Following hot on the heels of the recent Amercom pre-built (SR-71/YF-12C), is the forthcoming arrival of Dragons NEW TOOL SR-71. No longer do you have to put up with the LS/ARII/Crown kit! 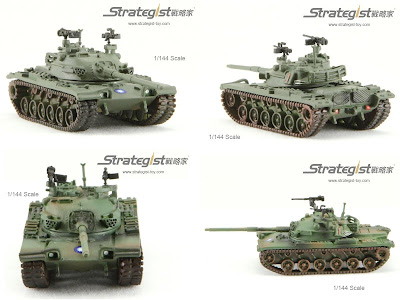 The CM-11 was a Taiwanese creation that evolved the American-made M48 Patton series (in particular the M48H production model) of main battle tanks even further.

The M48 has her origins in a 1951 requirement. Seeing production begin in 1952 and being formally designated in 1953. Production ran up to 1959 with some 11,700 examples delivered. However, like the M48 before it, the armor protection afforded to the internal systems an crew of the CM-11 Brave Tiger leave something to be desired against the new wave of main battle tanks and man-portable anti-tank killing systems.

The CM-11 “Brave Tiger” was born in 1990 by upgrading the family line with a modified M48A2 turret and newer M60 Patton mail battle tank hulls. The turret fitted a 105mm main gun, an advanced fire control system, stabilized sights, ballistics computer and thermal imaging. In many ways, this modernization of the aged M48 brought the Taiwanese version on par with the newer M60 Patton while incorporating some elements of the advanced American M1 Abrams in the process. Accuracy was improved by way of a joined imaging and target system as well as dual-axis stabilization for target tracking and firing on the move. There is a 7.62mm machine gun on a pintle mount outside of the commander’s cupola hatch. Like the base M48, the CM-11 is crewed by four personnel made up of the driver (seated front, center in the hull), the gunner, loader and commander. The commander sits to the right of the turret, just behind the gunner, while the loader is to his left.

Power is supplied through a General Dynamics AVDS-1790-2C series diesel engine developing 750 horsepower. This allows for a top speed of 30 miles per hour on ideal surfaces and a reported (somewhat optimistic) range of 311 miles. Armor is 5.63 inches (143mm) at its thickest. Total weight is said to be around 49.2 tons (or 50,000kg). 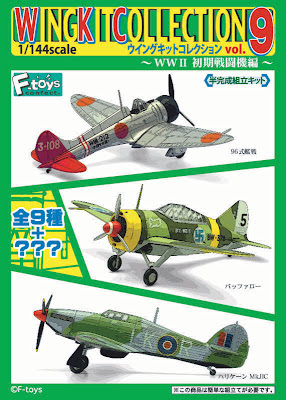 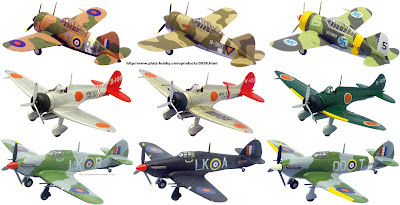 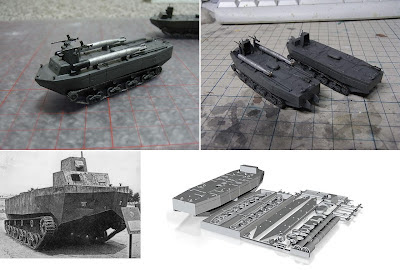 1/144 IJN Type 4 'Ka-Tsu' - Dameya
The Type 4 Ka-Tse was a Japanese version of a LVT, and was designed to carry cargo or troops. It had an unusual ability to be made watertight and could even be carried stowed on the decks of submarine, such as the I-36  Type B1 Submarine,  A version was also developed to carry aerial torpedoes in order to attack the american fleet in the pacific atolls. It had a crew of 4, and could carry 40 troops or 4 Tons of cargo.

April 1944:Operation "Tatsumaki" (Tornado) - Amphibious Tank Attack at Majuro, Marshall Islands:
Inland Sea. I-44 participates in training with I-36, I-38, I-41 and I-53. The operation calls for the submarines to carry amphibious Type 4 'Ka-Tsu' armed with torpedoes from Kure to Majuro. There they are to be put ashore, make their way overland, enter the water again and make a torpedo attack on American ships. Later, the plan is cancelled. 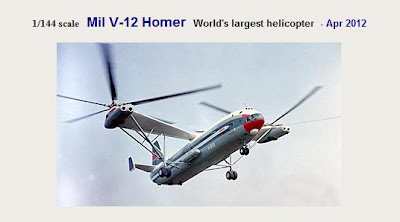 1/144 Mil V-12 Homer - Anigrand
Anigrand have announced an rather large and precarious kit! The Soviet 1/144 Mil V-12 Code Name 'Homer', the largest helicopter in the world! All those struts and rotor blades, this will be one for a display case if ever there was a need to keep prying fingers away from touching!
http://www.anigrand.com/future_releases.htm 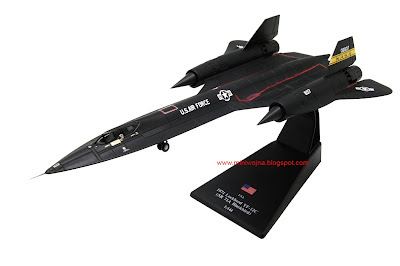 Possible the most famous and recognisable aircraft to come out of Lockheed's Skunk works'!?
This was one of the first aircraft I had a poster of on my wall as a young boy, that and the cockpit of Concorde!

If you need to know anything about this then I am afraid your beyond hope and are lost in the wilderness without help! ;-)

Image is used with permission of Inkub at Miniwojna Blog
http://amercom.com.pl/strony.php?kod=lb
Available in Poland on 7th March!
Posted by bluedonkey99 at 21:47 1 comment: 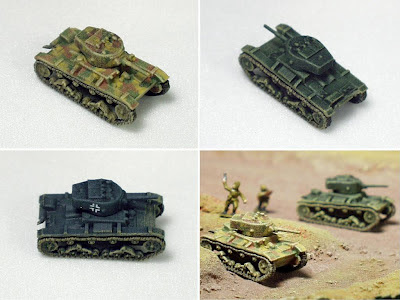 1/144 T-26 Soviet Light Tank - CGD
The T-26 was developed in the 1930s by the Soviet based on the British Vickers and served in conflicts since, including the Spanish Civil War and WWII. More than 11000 vehicles were produced, more than any other tank in the period. The Soviet developed 53 variants in which 23 were mass produced. The vehicle was continuously modernized from 1931 to 1941, but no new models were introduced after 1940. Captured vehicles were also used by the Germans.
http://en.wikipedia.org/wiki/T-26

There are 53 variants! If you talk nicely I am sure CGD will happily make them all for you :-)
http://en.wikipedia.org/wiki/T-26_variants 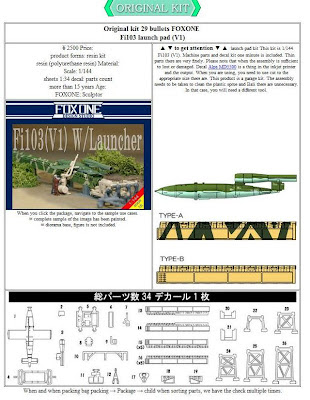 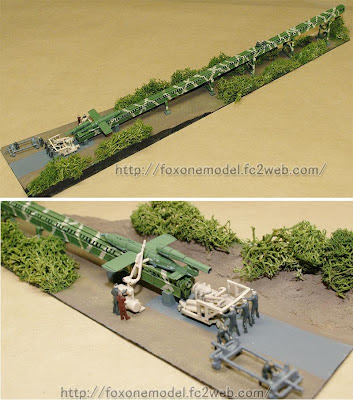 I think that by now you will all be familiar with the V-1 rockets and the ramp launchers?

The price is interesting at 2,500 Yen which provides the V-1,Launch Rail and accessories (not people or diorama  base). The original V-1 was 1,500 Yen just for the rocket!
International Purchases from:  Radjapan or HLJ

Its recommended that you also get some of the Foxone Figures
http://foxonemodel.fc2web.com/original/B001/original_B001.html
or perhaps adapt the Prieser Panzer Figure (they have positionable limbs)
http://www.hlj.com/product/PRE77104 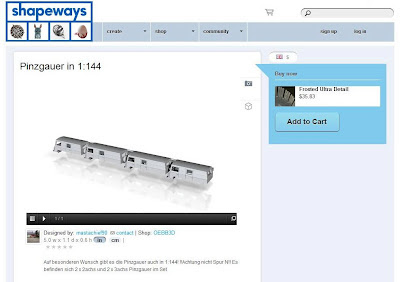 These are currently only available from the OEBB3D Shapeways store in 'Fine Ultra Detail' for 36.

I''d recommend reading http://en.wikipedia.org/wiki/Pinzgauer_High_Mobility_All-Terrain_Vehicle as a starting point to learn more about these cool vehicles. Used widely by Armed Forces and Law Enforcement Agencies around the world since the 1970s 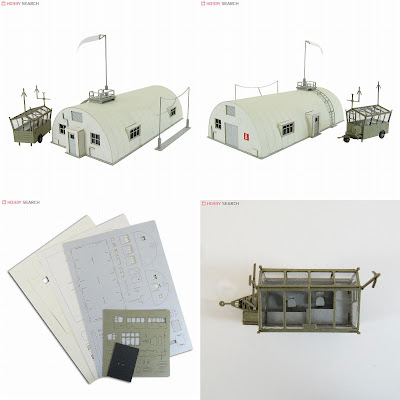 other Sankei Aviation series items at Hobby Search Japan
Posted by bluedonkey99 at 18:59 No comments: