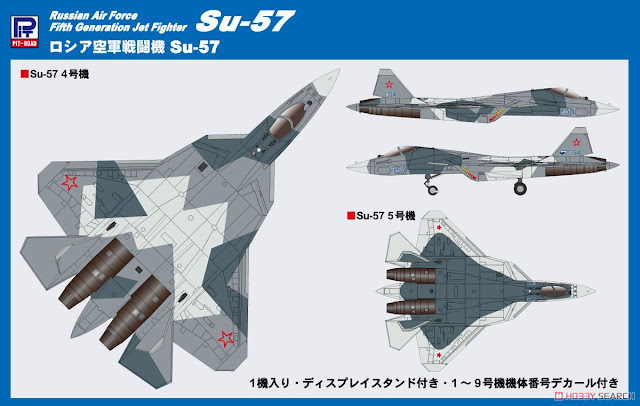 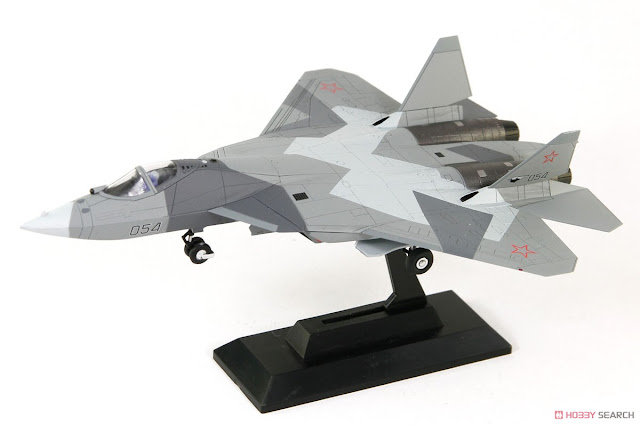 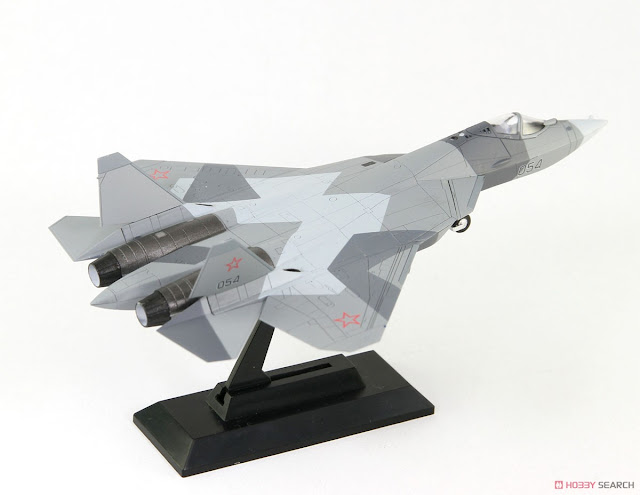 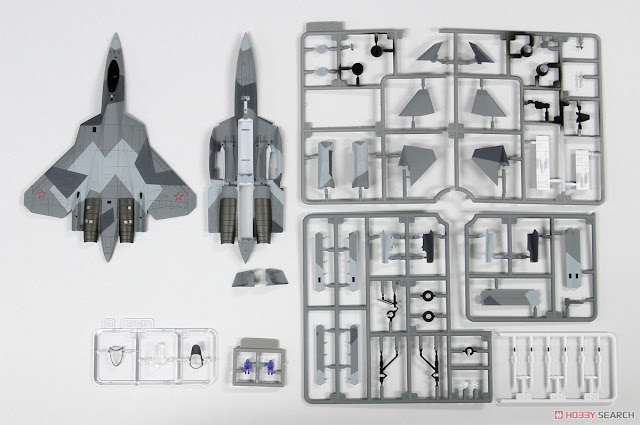 Platz are releasing TWO Version og the SU-57 one in complete kit format, and the other in a pre-painted version (one per box)

The Sukhoi Su-57 (Russian: Сухой Су-57)[13] is the designation for a stealth, single-seat, twin-engine multirole fifth-generation jet fighter being developed for air superiority and attack operations.[14]

he Su-57 will be a fifth-generation multirole fighter aircraft and the first operational stealth aircraft for the Russian Air Force. Although most information is classified, sources within the Sukhoi company and Defence Ministry have openly stated that the aircraft is to be stealthy, supermaneuverable, have supercruise capability, incorporate substantial amounts of composite materials, and possess advanced avionics such as active phased-array radar and sensor fusion.[16][25][87] 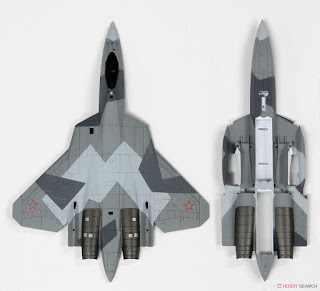 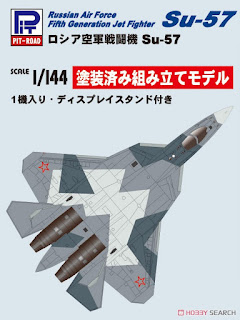 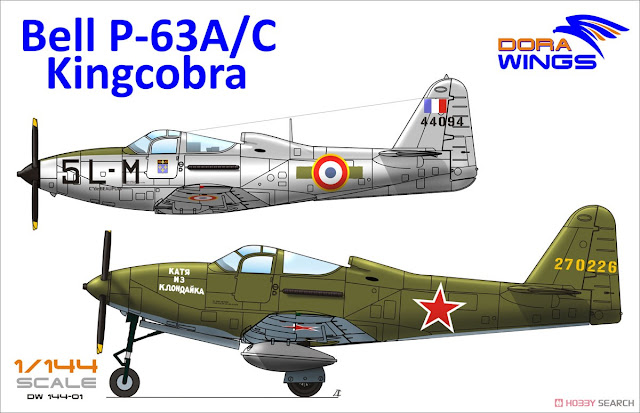 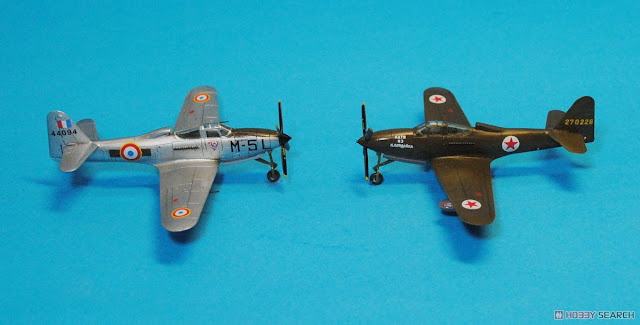 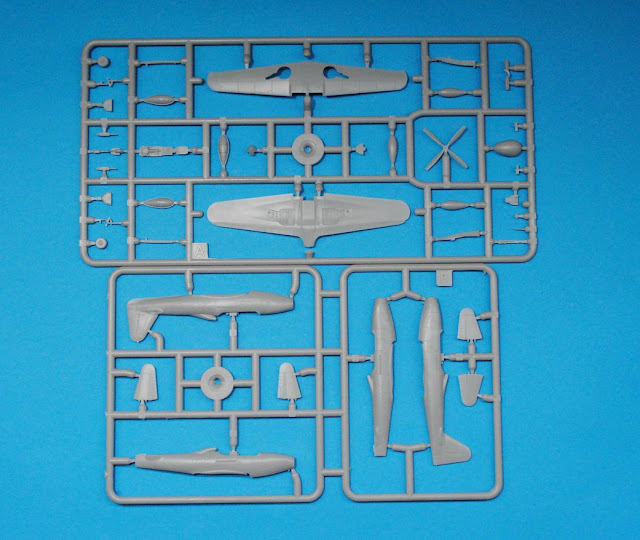 1/144 Bell P-63A/C Kingcobra (Set of 2) - Dora Wings
he Bell P-63 Kingcobra is an American fighter aircraft developed by Bell Aircraft in World War II from the Bell P-39 Airacobra in an attempt to correct that aircraft's deficiencies. Although the P-63 was not accepted for combat use by the United States Army Air Forces, it was adopted by the Soviet Air Force.[2]

The Soviets developed successful group aerial fighting tactics for the Bell fighters and scored a surprising number of aerial victories over a variety of German aircraft. Low ceilings, short missions, good radios, a sealed and warm cockpit and ruggedness contributed to their effectiveness. To pilots who had once flown the tricky Polikarpov I-16, the aerodynamic quirks of the mid-engined aircraft were unimportant. In the Far East, P-63 and P-39 aircraft were used in the Soviet invasion of Manchukuo and northern Korea. In the Pacific theatre, the Kingcobras flew escort, close air support and ground attack missions. The Soviet P-63s achieved their first air victory on 15 August 1945, when Lejtenant I. F. Miroshnichenko from 17th IAP/190 IAD, shot down a Nakajima Ki-43 Hayabusa IJAAS fighter off the coast of North Korea.[13] 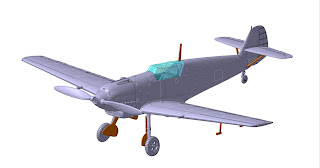 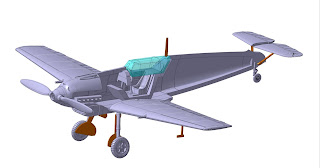 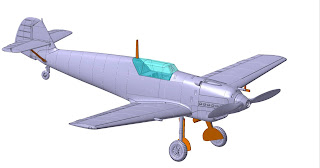 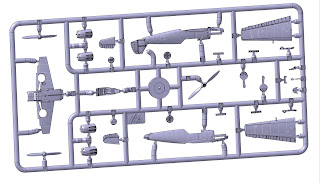 AMG are proposing a new bf-109 release, we first heard of these guys from the Ukraine was way back in February 2017 with a series of 1/144 releases I don't think actually showed up??
amg-arsenal-model-group-planned

Here they are again with a planned bf-109 issue with an interesting sprue layout which seems to indicate it could be a "2-in-1" or multiple types (A,B or Cs?) could be built out the box? 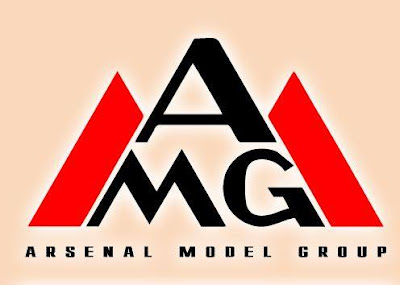