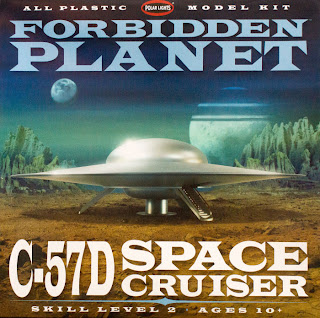 1/144  C-57D Space Cruiser  'Forbidden Planet' - Polar Lights
A new(ish) saucer in 1/144! For those of you into old Sci-Fi movies, UFO, or just fancy to lineup against your Anigrand Hanebau, Atlantis TR-2/Bernalillo or Area-51 from Pegasus this could be the thing for you!?

Polar Lights have issued a plastic injection kit of the C-57D from the old "Forbidden Planet" classic movie (which is arguably based on Shakespeare's play The tempest').  I don't think you get the "Robbie the Robot" in this kit :(

http://round2models.com/models/polar-lights/forbidden-planet/product
When someone says the words "science fiction" nothing comes to mind quicker than a flying saucer. The most famous flying saucer in history was the iconic vessel featured in Forbidden Planet, the C-57D. The ship is offered for the first time in a medium scale model kit. At 12" wide, it is a perfect size to fit on any book shelf. The ship can be built in a flying or in a landed position. The lower dome comes injected in clear plastic to show off the inner engine detail.

Interestingly, a search on YouTube reveals people have already customised their C-57Ds with automated legs, lighting systems and even a rotating engine ring!

modeller interested in real space and sci-fi models would do worse than to check out the following, which include a lot of reference material and even scale plans (I recommend shopping around for the best prices)
The Spaceship Handbook,
The Saucer Fleet, and
The Dream Machines: An Illustrated History of the Spaceship in Art, Science and Literature.

1/144 Airco DH-2 stripdown - by Brengun
Another stunning release from Brengun, the iconic Airco DH-2 WWI aircraft in a mixed media resin and PE kit. I think it would be safe to assume that this is not a beginners kit!!?

Panzer Depot is back with some new items:

The German 105mm LeFH18 auf B2, convervet from captured French Char bis B1 tanks, they were deployed in France to support the German Infantry. they were fitted with the 10.5-cm leichte FeldHaubitze 18/40.

The  Renault FT-17 Tank is produced with the WWII turret, so will be useful for your early blitzkrieg campaigns.

Brengun have released two kits of these history changing devices.... 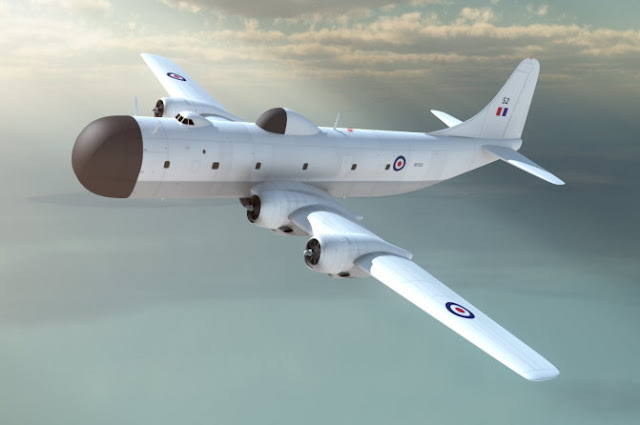 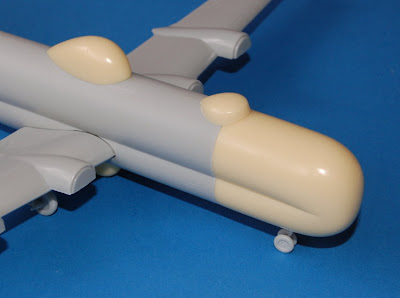 Resin cast conversion set (five parts) to 1/144th scale.
Designed for use with any of the Minicraft family of C-97 or KC-97 kits. The C-97 AWI was a 1945 British proposal for an Airborne Warning and Interception platform utilising its large forward fuselage to locate a 7 foot antenna in the nose. To do this the cockpit was to be relocated on the top of the fuselage, with smaller antennae located above and below the fuselage. A paper project only, more information can be found on this fascinating subject in The Air Staff and AEW by Chris Gibson, published by Blue Envoy Press. Decals not included, illustration by Adrian Mann.

Suggested schemes are Medium Sea Grey over PRU Blue to pattern No. 2 (with high demarcation) from initial service entry in 1951, overall painted aluminium 1952-58 and overall Dark Sea Grey from 1958 till retirement (mid 1960's?), with a white top fuselage added from 1959.

No decals included , but suggested options would be:
National marking upper wings 84in, fuselage and lower wings 54in, fin flash 36x24in. Serials would be 8 inch on fuselage, 36in if carried on fin (as per B-29 Washington) and 48in if carried under wings.

Digitally mastered, the soldiers are fabricated with state of the art "3D Printing" technology in ACRYLIC RESIN. Ladder Platforms are also 3D printed with Acrylic resin. Krupp Feldkran is 3D printed with Nylon.

The resin material is like regular resin and should be handled as such.
Nylon material is durable and flexible.

Also available is an unpainted version required assembling of wheels and canopy.
This is a easy to assembly version specially licensed to CGD and is "relatively" easier to assemble than regular Dameya products.

These aircraft are fabricated with state of the art "3D Printing" technology in ACRYLIC RESIN with exceptional detail. Flight stand is 3D printed with Nylon.

The resin material is like regular resin and should be handled as such.
Nylon material is durable and flexible.


The Heinkel He 178 was the world's first aircraft to fly under turbojet power, and the first practical jet aircraft. It was a private venture by the German Heinkel company in accordance with director Ernst Heinkel's emphasis on developing technology for high-speed flight and first flew on 27 August 1939
https://en.wikipedia.org/wiki/Heinkel_He_178 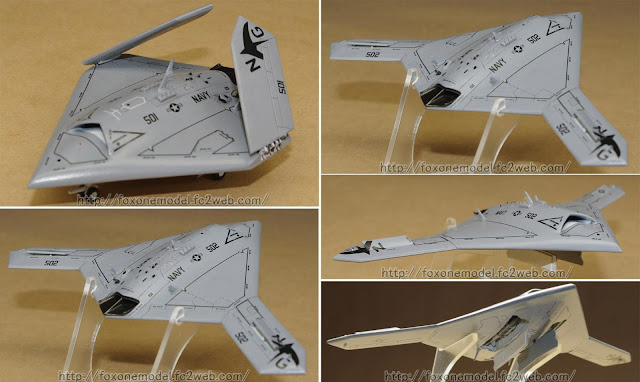 Foxone has released nice model of the X-47B UCAS-D (Unmanned Combat Air System Demonstration) which is a testbed to develop shipborne UAV capabilities. The kit comes with parts to enable you to configure the wings, undercarriage and weapons bays to suit your need. Additionally, there are  decals options for the current two demonstrator airframes. 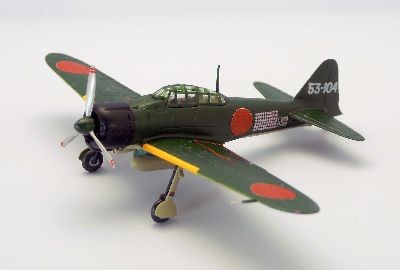 Coming this Autumn (2013) a new series of Zeros from F-Toys,  to be honest I can't quite discern if this is to be a range of Zero Aces, a range of aircfrt for Tetsuzō Iwamoto, or just another batch of Zeros with this being the most notable? More information will be presented when I find it.

However there are '12 themes' which probably translates into a combination of Model Types and Decals, unless F-TOys are going to produce the Zeros series of the century.....

The machine featured in this promo inmage is a Model 52, Serial 53-104 which was the mount of the Tetsuzō Iwamoto (岩本徹三) the top scoring IJN Ace. 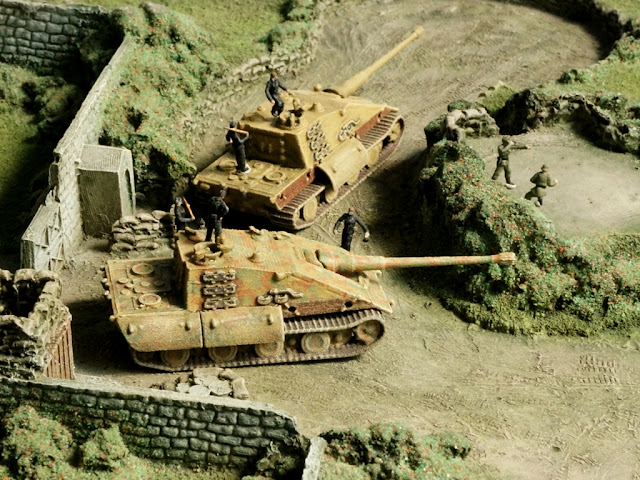 Available in Camouflaged, Dunkelgelb or unpainted.

The E 100 was the heaviest in the series and was developed at the same time as the Porsche Maus. Only the chassis of the prototype was discovered after the war which was evaluated by the British Army and then scrapped.

If the development of the E 100 had continued, a tank destroyer version that will probably carried a 170mm main gun on a fixed superstructure based on the E 100 chassis will follow.

For those who hated EvilBay, get the nylon version here with discount from this new platform   :
http://www.etsy.com/shop/CombatGroupDynamix 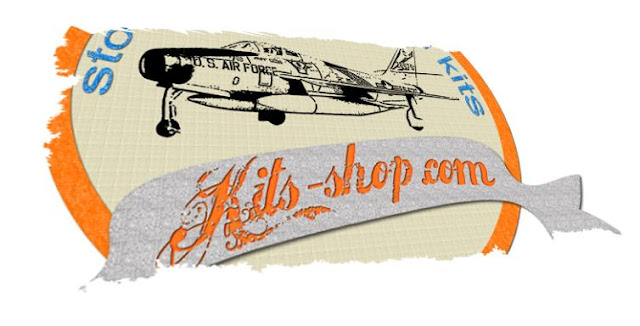 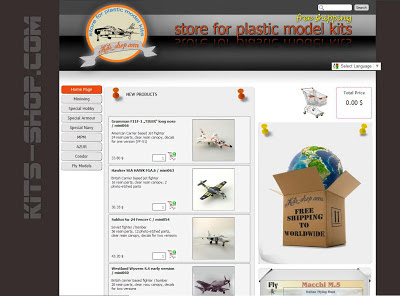 Kit-Shop.com - New Site Launch
The guys over at Miniwing have have launched a new website www.kits-shop.com stocking not only their range of kits, but also a wide range of Czech based manufacturers.

Currently Miniwing and FLY are the only 1/144 brands, but if you fancy branching out there are other scales available from the other manufacturers.

It is early days for the site, but be sure to keep checking back for new ranges and products as the site develops.

The best bit of all is that worldwide postage is free!