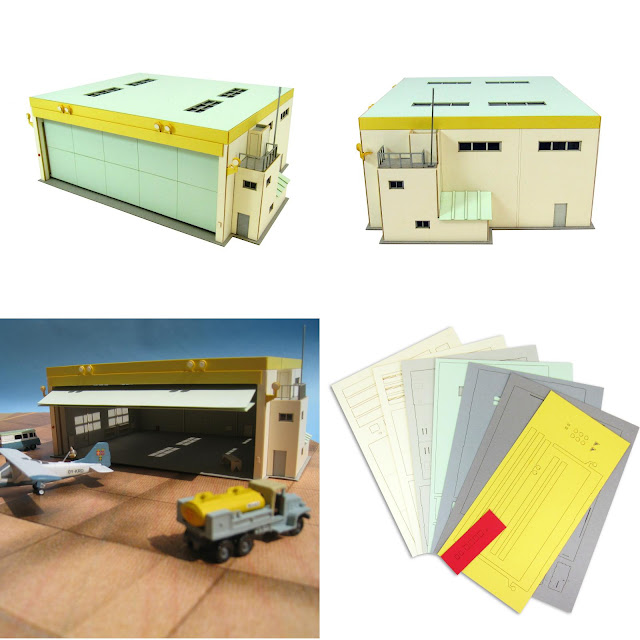 Sankei have returned with another of their great scenic kits with this nice looking "Club Hanger" , though aimed at the small scale civil aviation I can see uses for small military transport/liaison aircraft?

Mix of card and plastic-board (some cutting and assembly is required), this also features an opening/closing door! 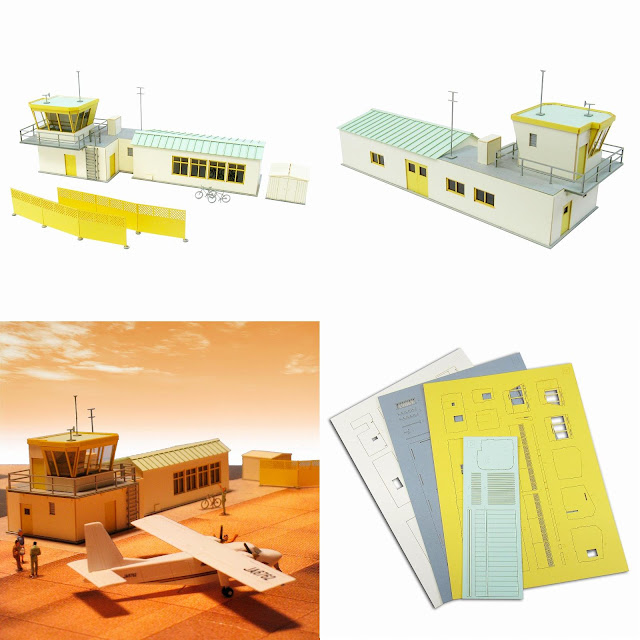 1-144 Flight Club Control and Terminal - Sankei
Sankei's Flight Club Administration building is their latest multi use scenic.
Another great item to use in conjunction with their club hangar and other scenics.
Assembly is required. 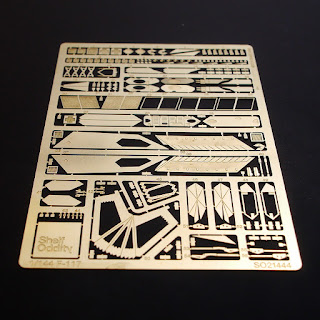 A generic F-15 set is quite universal, as it allows for backdating your Revell F-15E kit to F-15B/D version. While more adventurous modellers can go as far as F-15A/C with it, or could also use some of the parts supplied with other manufacturers kits. 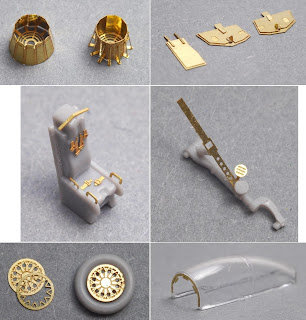 And, a great set dedicated to a recent Miniwing release - the Supermarine Attacker FB.1/FB.2. 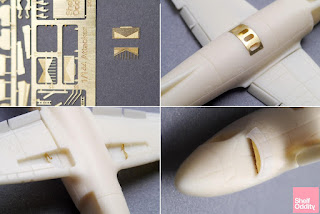 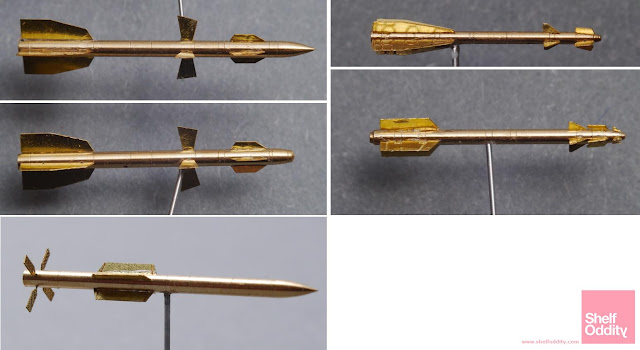 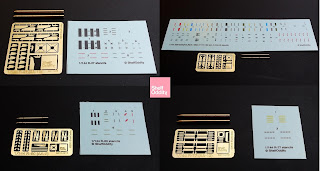 Have a brand new Su-27 or MiG-21 model and need something to place under its wings?

Are you the only person outside of Japan with the *Triple Nuts MiG-29 kit and are missing some missiles? Shelf Oddity comes to the rescue!

There are 6 different Soviet/Russian missiles sets in the catalogue. One of them is quite universal - R-13M which is an exact copy of early AIM-9 Sidewinder - double markings included.Attack aviation fans can check out the AGM-65 Maverick set too!

Each set contains 2 missile bodies made of turned brass, PE fret with missile fins and a decal sheet with different markings (in few cases - a lot of them!).

There are mounting holes pre-drilled in each missile body allowing for quick positioning of PE fins. Each fin is equipped with one or two mounting pins which apart from easy positioning allow for stronger joint.

All of the items are already available on www.shelfoddity.com 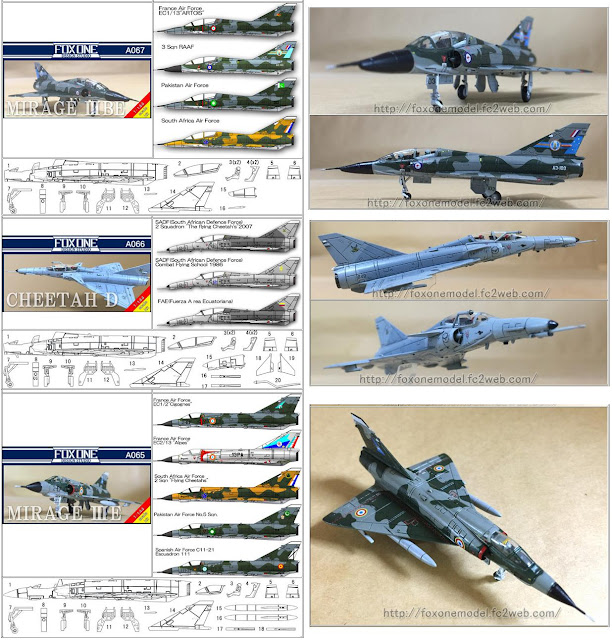 The first major production model of the Mirage series, the Mirage IIIC, first flew in October 1960. The IIIC was largely similar to the IIIA, though a little under a half meter longer and brought up to full operational fit. The IIIC was a single-seat interceptor, with an Atar 09B turbojet engine.

The Mirage IIIC was armed with twin 30 mm DEFA revolver-type cannon, fitted in the belly with the gun ports under the air intakes. Early Mirage IIIC production had three stores pylons, one under the fuselage and one under each wing, but another outboard pylon was quickly added to each wing, for a total of five. It was also possible to carry bombs on a sleek supersonic tank that also had bomb carrying capacity. The outboard pylon was intended to carry an AIM-9B Sidewinder air-to-air missile, later replaced by the Matra R550 Magic and also was armed with the radar guided R530 Missile on the center line pylon.

South African Conversion - Atlas_Cheetah
https://en.wikipedia.org/wiki/Atlas_Cheetah
The Atlas Cheetah is a South African fighter aircraft, developed for the South African Air Force (SAAF) and currently operated by the Ecuadorian Air Force (FAE). It was developed as a major upgrade of the Dassault Mirage III by the Atlas Aircraft Corporation (later Denel Aviation) in South Africa and is based on the IAI Kfir.[2] Three different variants were created, 16 dual-seat Cheetah D, 16 single-seat Cheetah E and 38 single-seat Cheetah C. The Cheetah Es were retired in 1992, and the Cheetah Cs and Cheetah Ds in April 2008, being replaced by the Saab Gripen. A limited number are still operated in South Africa as flight test aircraft. 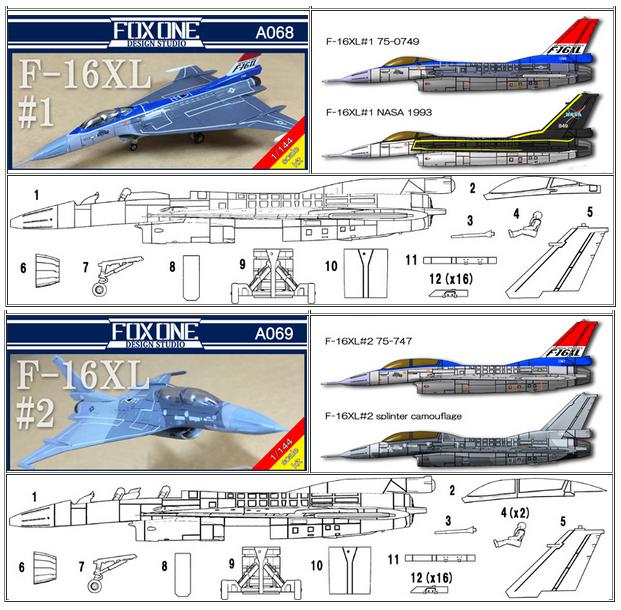 FOXONES Latest releases are a pair of F-16XLa in one and two seat configurations, each comes with two decal options. 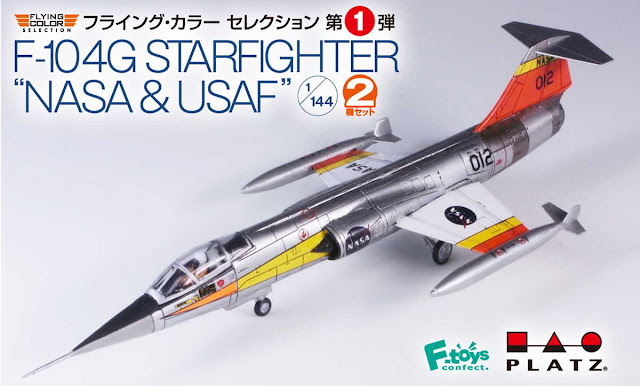 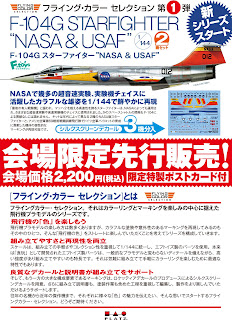 Perhaps, a sign of something more to come, or the old F-Toys reboxed with Rocketeer Decals? 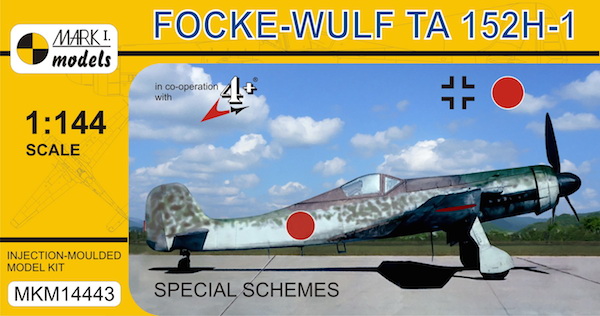 The Ta 152H was one of the ultimate and finest German fighters of WWII, primarily designed for high-altitude operations. Its development began in the summer of 1943 with an aim to supersede the Fw 190D-9. It was a single-seat monoplane of an all-metal structure, featuring an enclosed pressurised canopy and a retractable landing gear. It was powered by a Jumo 213E in-line piston engine and its armament comprised three cannons. The prototype, designated the Fw 190V33/U1, flew in July 1944, while a number of other converted Fw 190s were used as test beds, including the Fw 190V30/U1. The Ta 152 series production began in late 1944 and eventually, only some 43 machines were built, including 20 pre-production H-0 aircraft and a batch of the first series Ta 152H-1s.

The first Ta 152s entered service with the Luftwaffe in January 1945 and although being capable interceptors, they came too late to be used in their role and to make a significant impact on the air war over Europe. In April 1945, Japan purchased the blueprints of the Ta 152 and reportedly one aircraft, although this did not lead to any production in Japan.

A number of Ta 152Hs fell into Allied hands and some of them were examined in Britain and the USA post-war.

One injection-moulded kit is supplied in this box, which contains 26 parts and one clear part (the cockpit canopy). A comprehensive decal sheet is included. 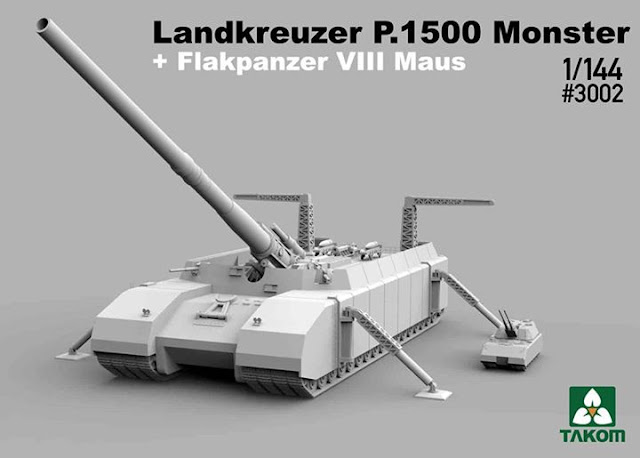 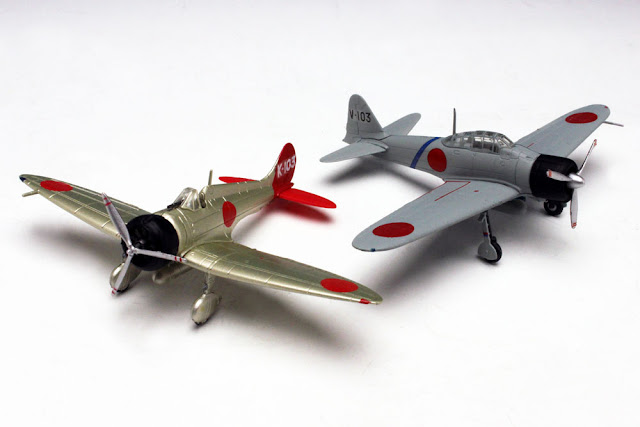