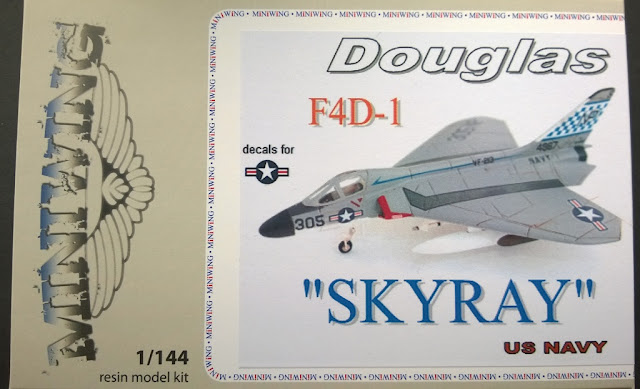 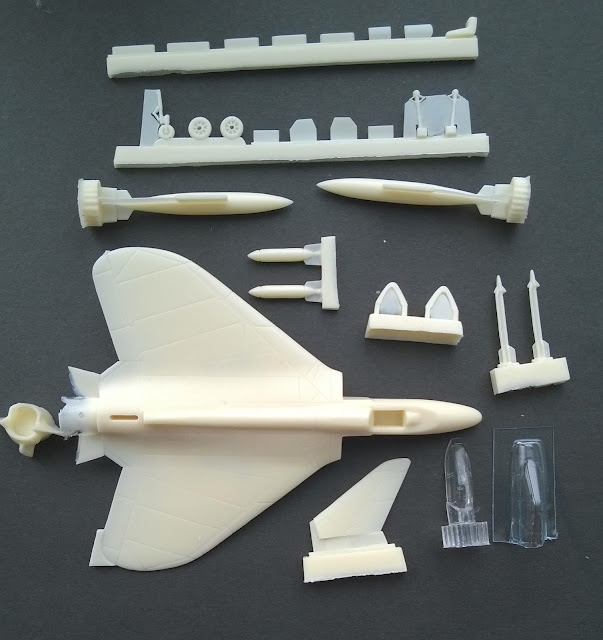 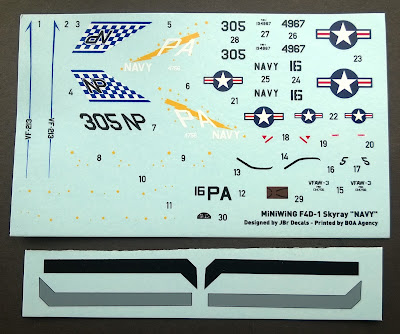 The Douglas F4D Skyray (later redesignated F-6 Skyray) was an American carrier-based supersonic fighter/interceptor built by the Douglas Aircraft Company. Although it was in service for a relatively short time and never entered combat, it was notable for being the first carrier-launched aircraft to hold the world's absolute speed record, at 752.943 mph,[1] and was the first United States Navy and United States Marine Corps fighter that could exceed Mach 1 in level flight.

The kit conforms to the Miniwing signature format and quality,  being cleanly cast and no air bubbles. The panel lines on fuselage are very finely cast has been the trend with more recent Miniwing releases, which should please many people.

There are two decal options are provided for aircraft serving :


There are drop tanks and bombs provided, in order to arm up your Skyray, and the is now the common option with Minwing kits to provide both a clear resin and a vac-form canopy - also, included is a set of vinyl masks for paining the canopy!

A version of this kit with US Marine Markings is also available.
http://www.miniwing.cz/douglas-f4d-1--skyray.html
http://www.kits-shop.com/

These are more curious as these do not form part of a former release, neither are they a reboxing of any other manufacturer that I am a ware off. So to-date would seem to be a bit of a departure for Revell.
Posted by bluedonkey99 at 21:04 3 comments: