A useful set of accessories to support all the v=bomber kits that have been coming on stream!
The AIM site is well worth a look around, and they have some interesting items coming up that I hope they also do in 1/144. 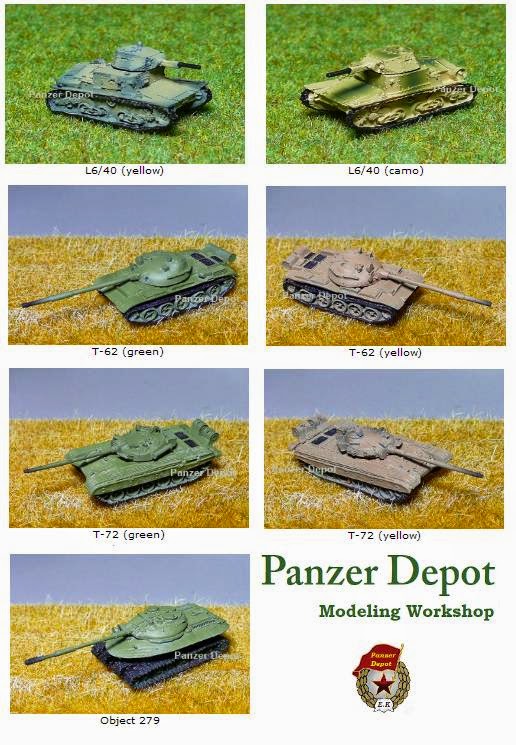 The Fiat L6/40 was a light tank used by the Italian army from 1940 through World War II. It was designed by Fiat-Ansaldo as an export product, and was adopted by the Italian Army when officials learned of the design and expressed interest. It was the main tank employed by the Italian forces fighting on the Eastern Front alongside the L6/40-based Semovente 47/32 self-propelled gun. L6/40s were also used in the North African campaign.


The T-62 is a main battle tank, a further development of the T-55. Its 115 mm gun was the first smoothbore tank gun in use.

The T-62 was produced between 1961 and 1975. It became a standard tank in the Soviet arsenal, partly replacing the T-55, although that tank continued to be manufactured in the Soviet Union and elsewhere after T-62 production was halted. The T-62 was later replaced in front-line service by the T-72.


The T-72 is a Soviet second-generation main battle tank that entered production in 1971.[6] About 20,000 T-72 tanks were built,[7] making it one of the most widely produced post–World War II tanks, second only to the T-54/55 family. The T-72 was widely exported and saw service in 40 countries and in numerous conflicts. Improved variants are still being built for export customers.
http://en.wikipedia.org/wiki/T-72

This special purpose tank was intended to fight on cross country terrain, inaccessible to conventional tanks, acting as a heavy breakthrough tank, and if necessary withstanding even the shockwave of a nuclear explosion. It was planned as a tank of the Supreme Command Reserve.
http://en.wikipedia.org/wiki/Object_279 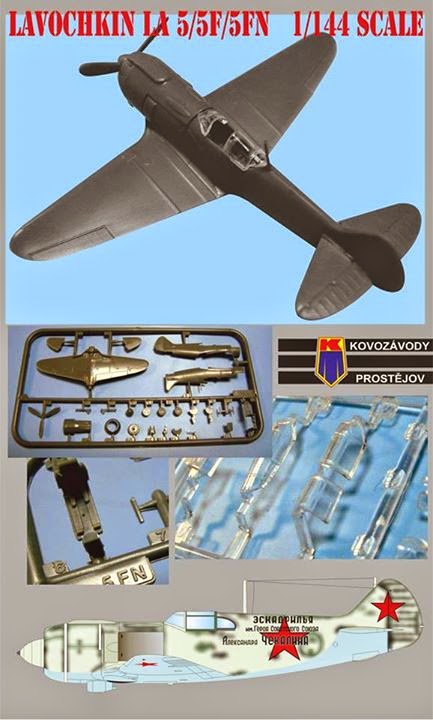 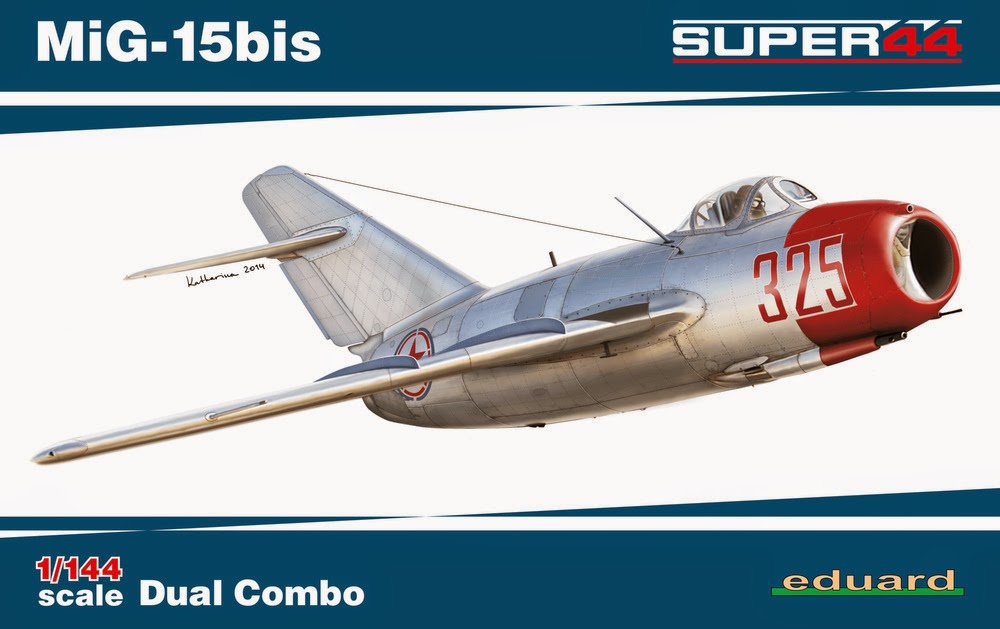 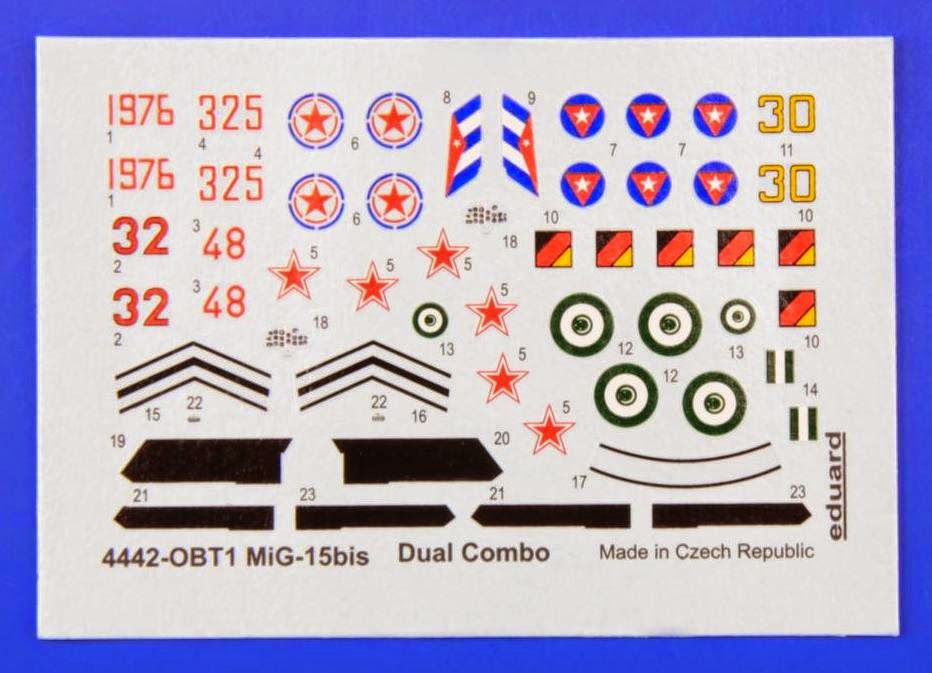 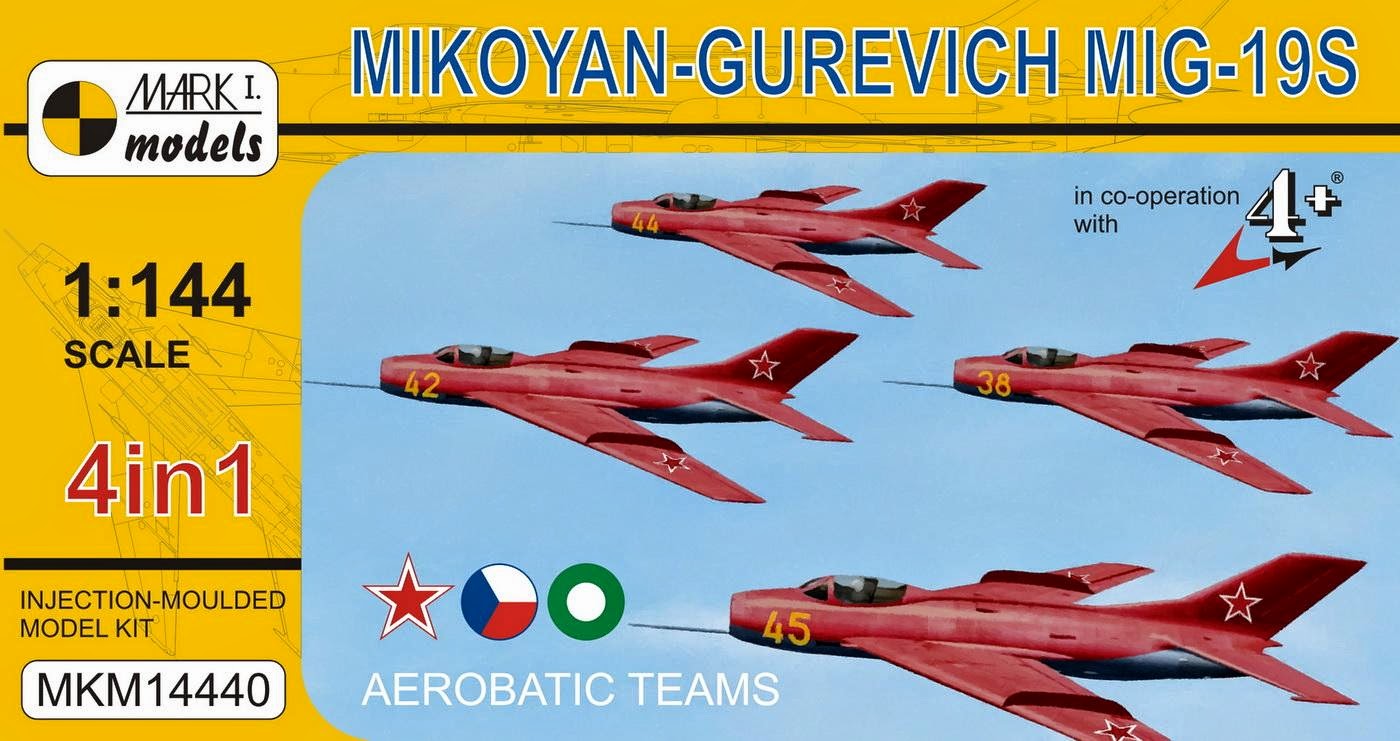 FOUR! kits in this box!!

The MiG-19 was the first Soviet supersonic fighter developed in the early 1950s. Licence production of its clear-weather fighter model was started in China in 1961 under the designation Shenyang J-6 (for export as the F-6). It was a single-seat, all-metal monoplane powered by two Mikulin RD-9B (or licence-built Chinese WP-6) turbojets.

Besides their main fighter and close air support roles, some aeroplanes were also used for publicity demonstrations. Wearing special paint schemes (in some instances) and performing aerobatics during various air shows, the display teams became very popular among the public onlookers at the time.

Available from: http://kits-shop.com/mark-i-models_1_144.php, and usual stockists
Posted by bluedonkey99 at 11:42 No comments: 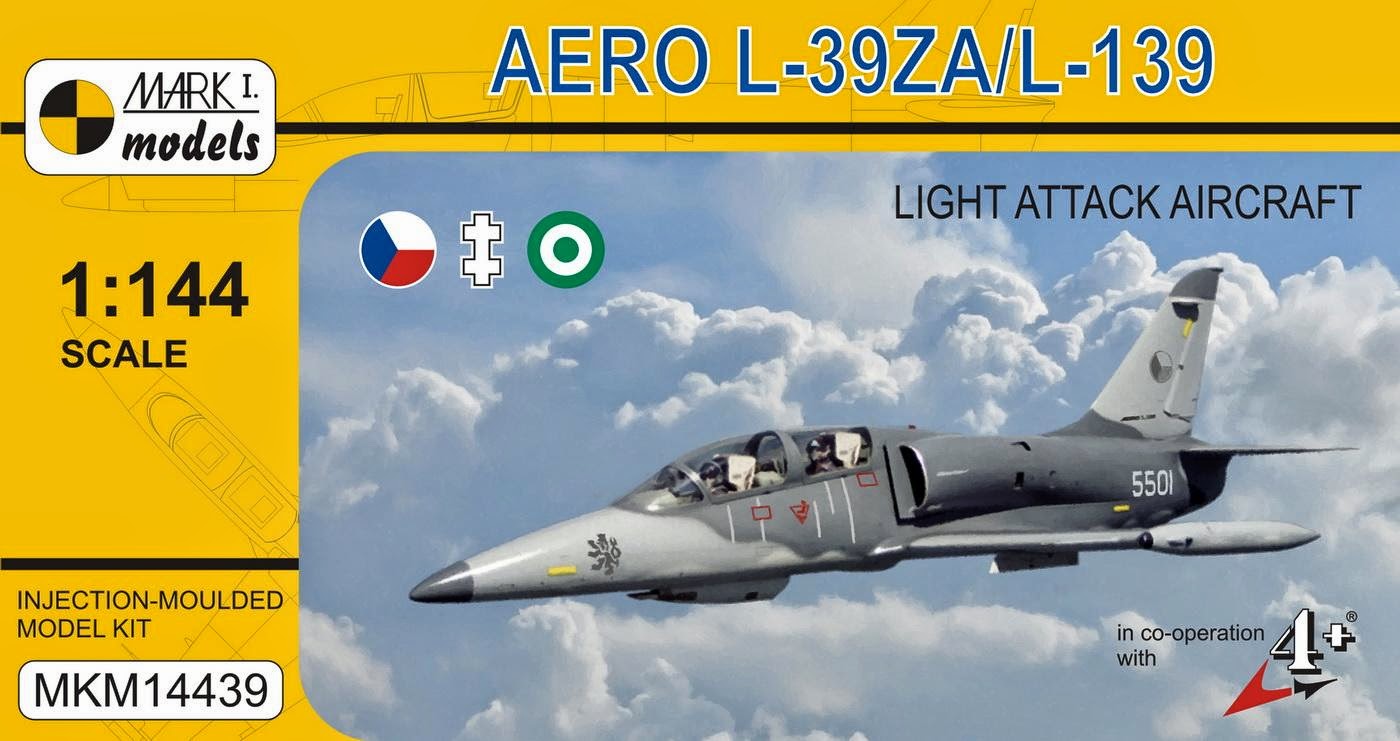 The L-39 Albatros, a high-performance second-generation jet trainer, was developed by the Aero Vodochody aircraft company in Czechoslovakia during the 1960s. It is a two-seat, all-metal monoplane powered by an Ivchenko AI-25 turbofan engine. Becoming the most widely used jet trainer, until today about 2,800 L-39s have served with more than thirty air forces around the world.

The L-39ZA is an upgraded variant designed for armed training and light attacks, fitted with a GSh-23 cannon pod under the fuselage. The L-139 Albatros 2000 was a revised version equipped with western avionics and powered by a American Garrett TFE731-4-1T engine; despite its ample promotion at various international air shows worldwide, only a single prototype was built.

Available at http://kits-shop.com/mark-i-models_1_144.php, and usual stockists 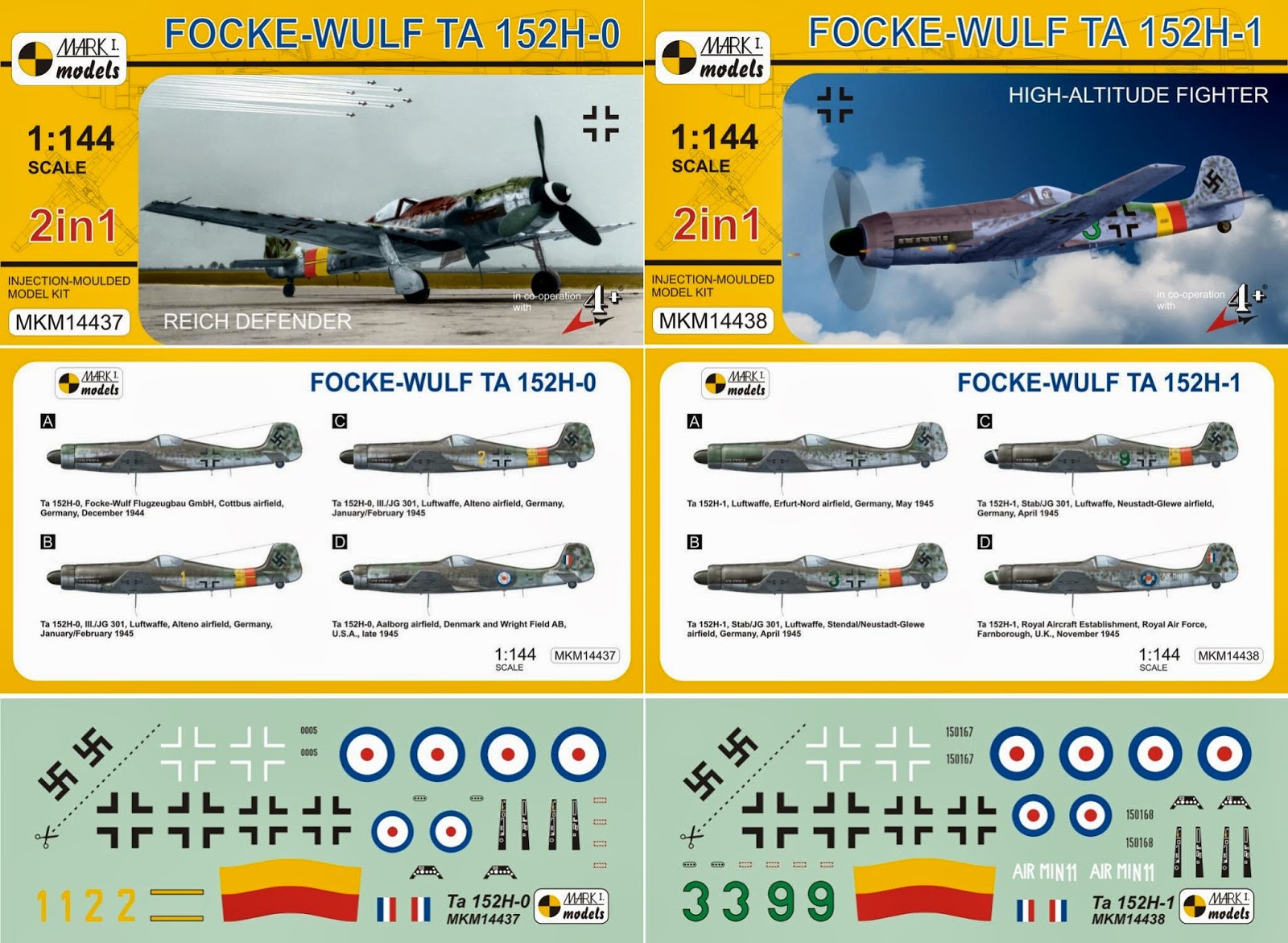 An update on the upcoming release frome Mark-1 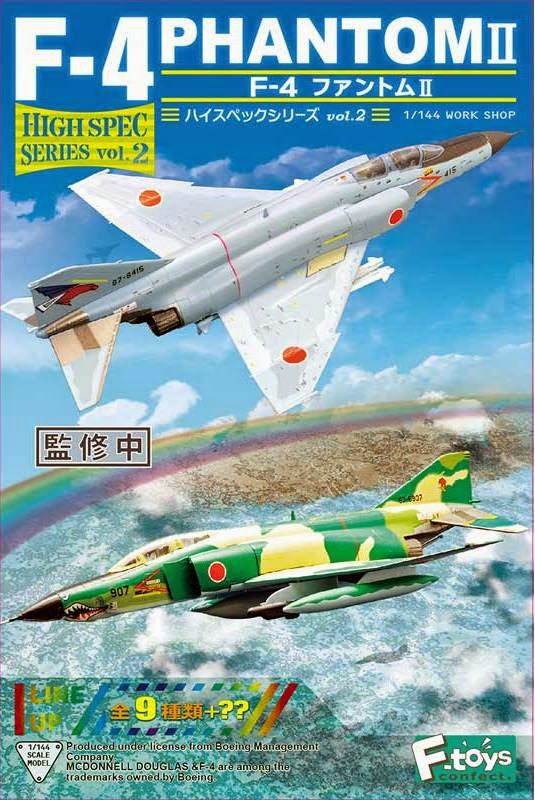 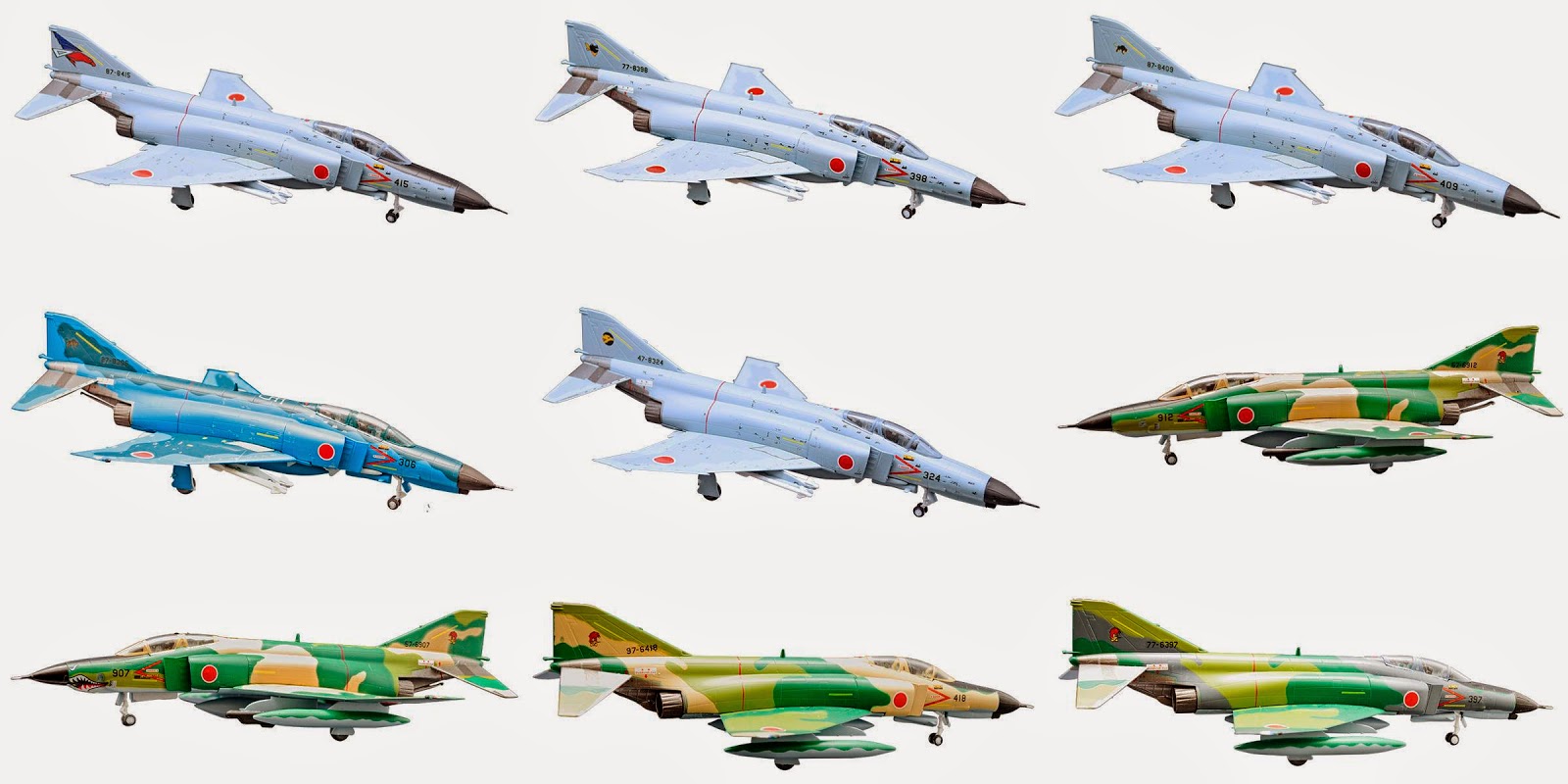 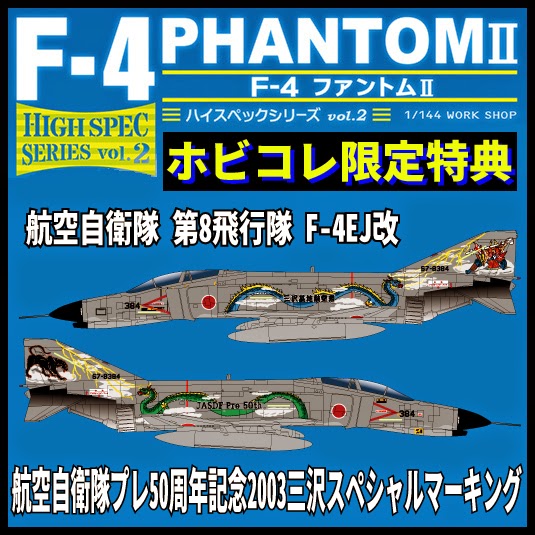