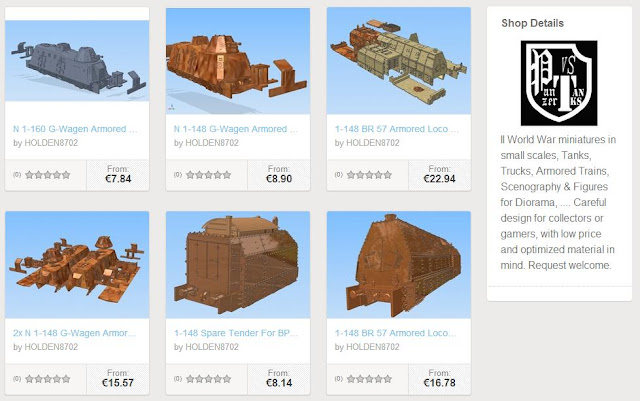 After making an initial introduction on the KG144 BBS Panzer Vs Tanks is continuing to expand his range of BP42 and BP44 items to include other components of the train. Currently the items appear to be static models and as such would be at home with your Dragon Panzer Korps or Brengun.cz items. I image with some ingenuity and adaption you might be able to get these to run on 9mm N-Gauge track?

Items can be purchased via Shapeways: http://www.shapeways.com/shops/panzervstanks
Posted by bluedonkey99 at 12:45 No comments: 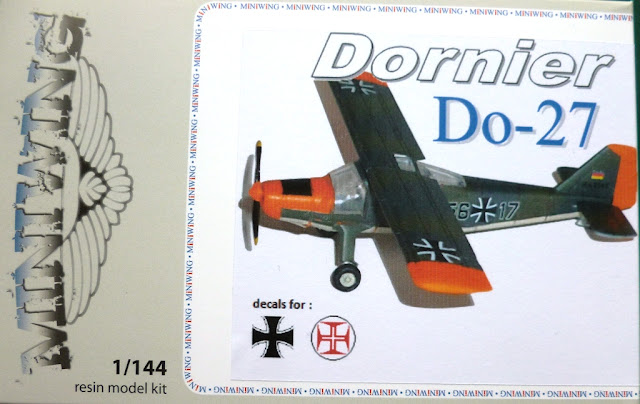 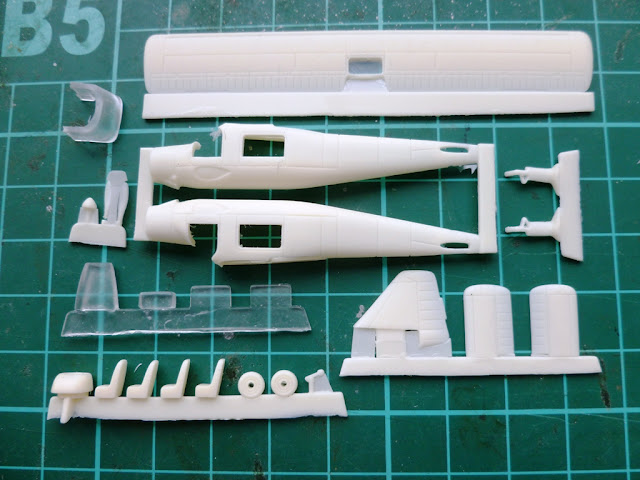 1/144 Dornier Do-27 - Miniwing
This latest release from Miniwing brings us a nice little light utility aircraft that has been widely used by military forces around the world. Also of interest, is regard as the first mass produced aircraft by German industry following the WWII at around 630 aircraft. Notable (or infamous?) users as covered by one of the decal schemes were the Portuguese with their retreat from empire colonial wars of the of 60s. It would appear that Miniwing have stayed away from the playful Zebra scheme as used by naturalist and campaigner Bernhard Grzimek who contributed to the Serengeti National Park being created!

The kit conforms to the Miniwing signature format and feel being cleanly cast and no obvious air bubbles, panel lines on fuselage are finely cast and provide a good balance between finesse and detailing. 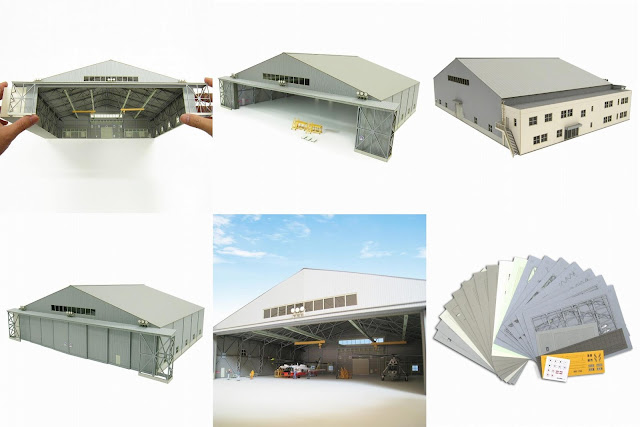 Sankei have added another stunning card model to their existing range of airfield and air base buildings and structures. If you are going to purchase a hanger (opposed to using one of the free downloads) then this should be it, certainly for the modern era of jets.

The detailing of this hanger is spectacular and will take some time to put together, of course all this design and detail come with quite a serious (eye watering) price at 20,000 Yen, 200USD, 150 Euro or 130GBP

So, deep pockets will be required!!! 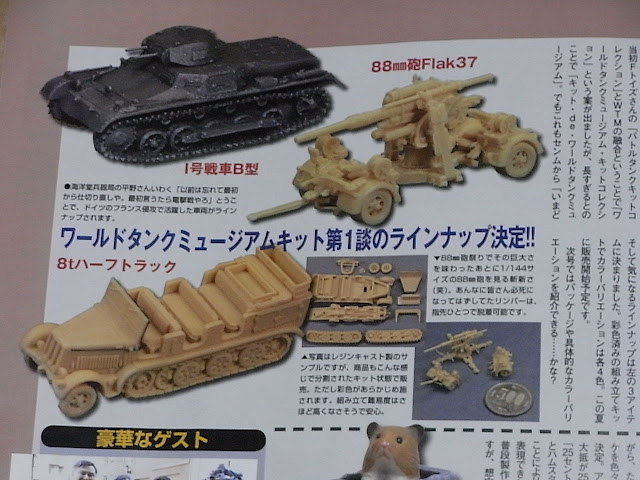 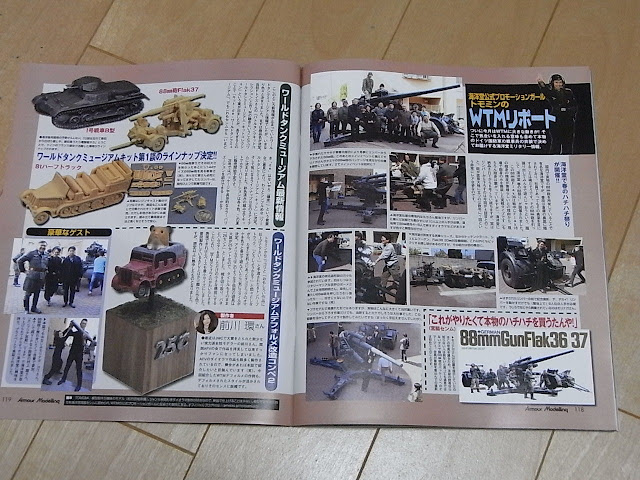 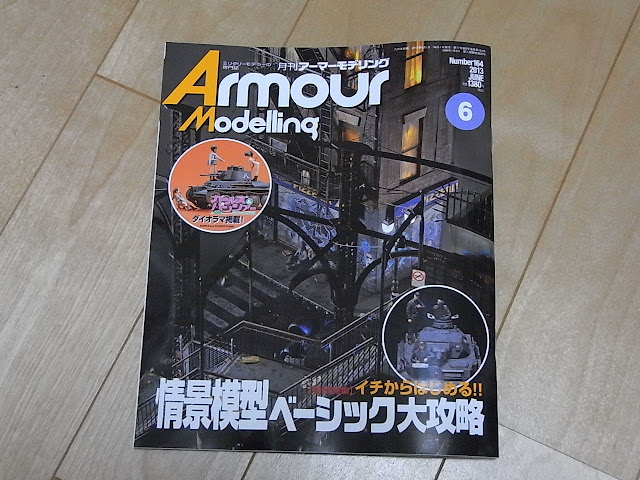 1/144 World Tank Museum Kit - Planned Releases
The June 2013 edition of Armour Modelling magazine has an interesting feature on upcoming releases (Late 2013?). I think at this stage they will follow the recent format of WTM kits of being issued unpainted but in various colours of plastic, though if this was a return to the prepainted WTM items of old then all the better!?

It is interesting that the 8t was first spotted way back in 2006 and reported on this blog
http://kampfgruppe144.blogspot.co.uk/2006/07/takara-wtm-10-part-2.html, it would be interesting to see some of the items on that post also released one day.

While this 88mm does not have the sophistication and quality of the Strategist 88mm, it will be a more economic and could allow for some interesting customisations.

Also do not forget there are KG144 and CGD figure sets that would complement this release! 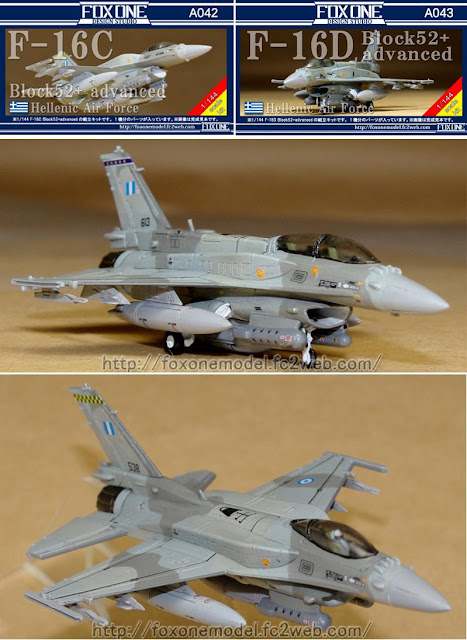 Foxone has slipped a couple of F-16 C / D Variants out under the radar.
I do not know much about these but both come with Hellenic (Greek) Airforce schemes even though wiki suggests that Poland and Pakistan also use similar aircraft ( see wiki here ) and a wider choice of decals might have helped sales? 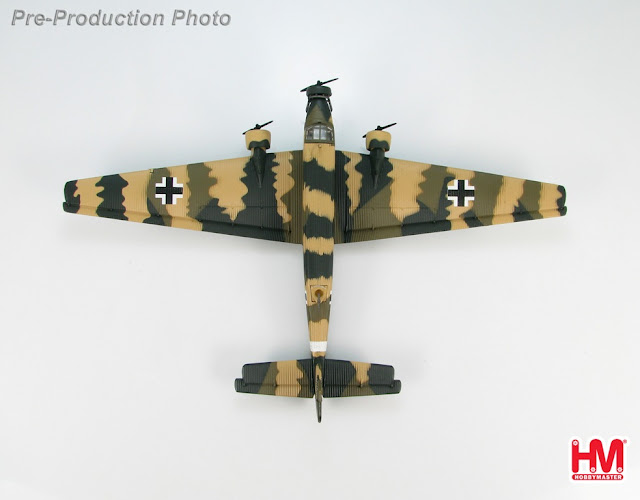 1/144 JU-52/3m "Operation Mercur" Crete, May 1941 - Hobby Master
Hobby Master are extending their line of excellent Ju-52 with what looks to be a more usual but interesting paint scheme compared to many of the usual 'splinter' or 'winter' schemes we have seen from other producers.
This scheme is for a Ju-52 participating in Unternehmen Merkur (Operation Mercury) otherwise known as the Invasion or Battle of Crete.  http://en.wikipedia.org/wiki/Battle_of_Crete
JU-52/3m g4e 4U + NH "Operation Mercur" Crete, May 1941
Released Date:  June 2013?
Further Images availanle from Source:  http://www.hobbymastercollector.com/HA9010.html
Others may like to be reminded that this scheme also features in the Eduard Ju-52 kit
http://www.eduard.com/store/Eduard/Plastic-kits/Super44/Aircraft/1-144/Ju-52-1-144.html
Posted by bluedonkey99 at 18:01 No comments: