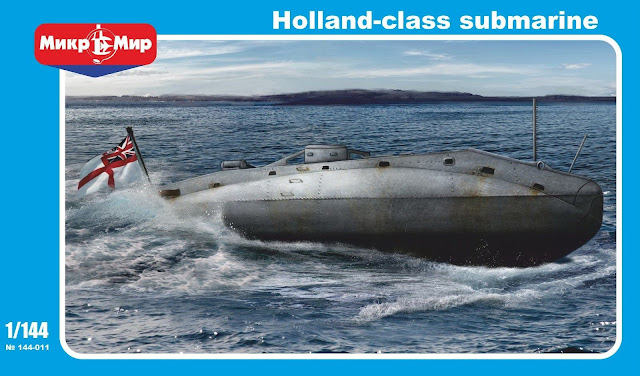 1/44 HMS Holland (class) submarine - MIKRO-MIR
Another in their range of 1/144 submarines, this time an boat from the early days of the evolution of modern submarines.

Expect this to be injected plastic with a photo etched parts.


Its not on the website http://mikro-mir.com/en/ships-1-144.html , but it is appearing on ebay already!
Posted by bluedonkey99 at 12:34 No comments: Links to this post 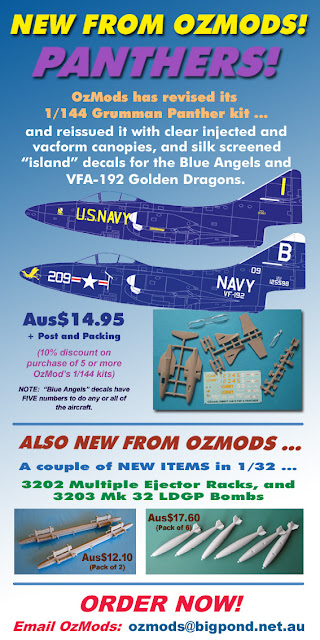 The Grumman F9F Panther was the manufacturer's first jet fighter and one of the United States Navy's first successful carrier-based jet fighters. A single-engined, straight-winged day fighter, it was fitted with an armament of four 20 mm (0.79 in) cannons and could carry a wide assortment of air-to-ground munitions.

The Panther was used extensively by the U.S. Navy and the United States Marine Corps in the Korean War. It was also the first jet aircraft used by the Blue Angels flight team, being used by them from 1949 through to late 1954. The aircraft was exported to Argentina and was the first jet used by the Argentine Naval Aviation. 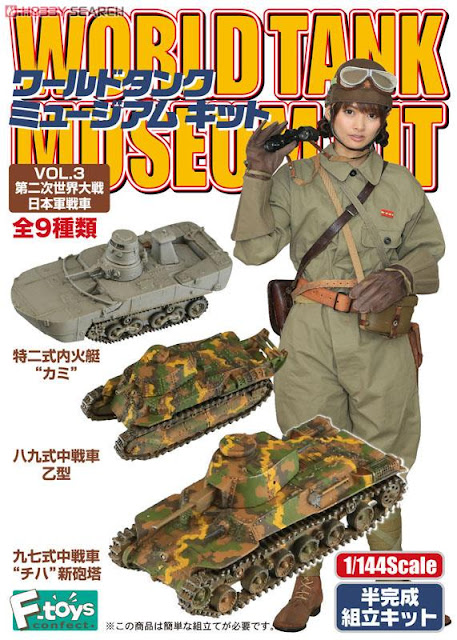 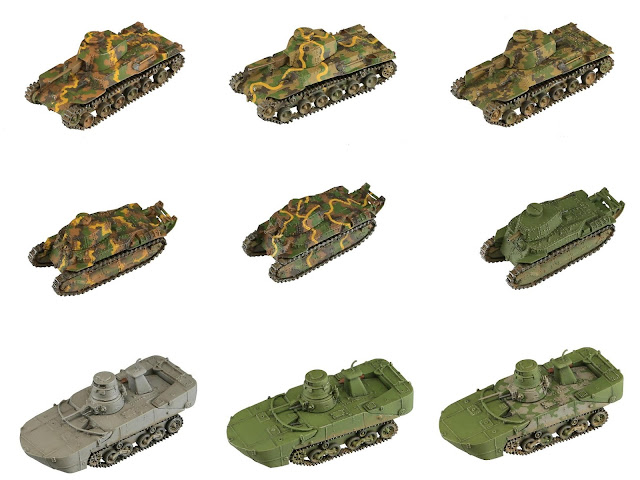 Type 97 Shinhoto Chi-Ha medium tank - NOT the same Chi-Ha as the one from the OOP F-Toys' Battle Tank Collection Vol.2. This new one represents the improved Type 97 variant with a high velocity 47mm gun replacing the original low velocity 57mm gun.
https://en.wikipedia.org/wiki/Type_97_ShinHoTo_Chi-Ha 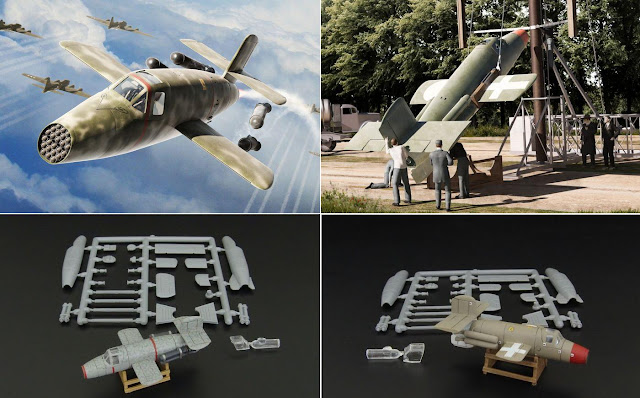 1/144 Bachem Ba-349 A  and Bachem Ba-349 M52/M58  - Brengun
Brengun have released another set of interesting little kits, previously available in resin from Fozone, its not available in build and wallet friendly injected plastic, and comes with decals and two kits in a box.

for more info on the development and history of this aircraft:
https://en.wikipedia.org/wiki/Bachem_Ba_349 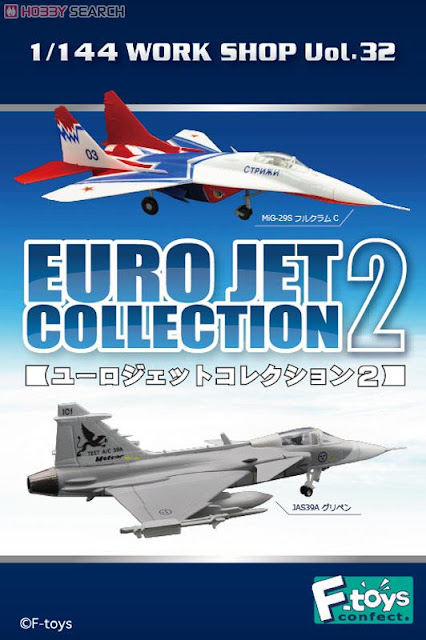 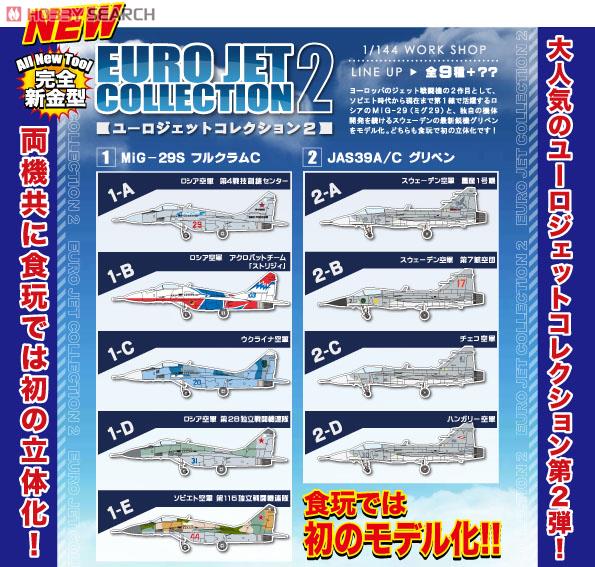 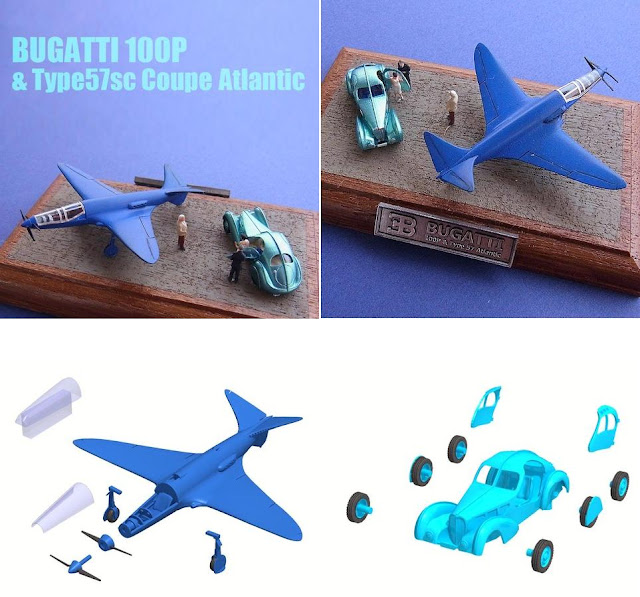 I love this aircraft and wanted a kit of this ever since i first stumbled across it on the web, the only trouble now is that i want two - one in blue and one in a military scheme!

This is a new release from by MACH 3, but only available at shows and via DAMEYA.net which will make it hard to get: http://www.dameya.net/shopdetail/000000000363

https://en.wikipedia.org/wiki/Bugatti_Type_57
Posted by bluedonkey99 at 22:53 No comments: Links to this post 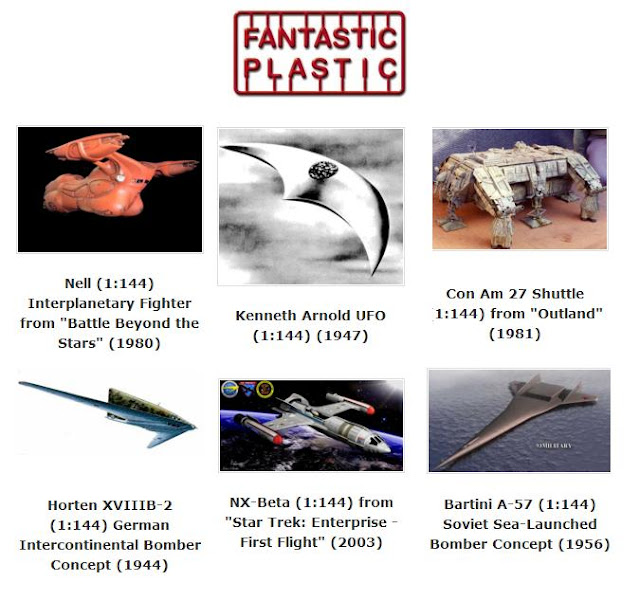 Some interesting looking items, some are new for 2016, others carried over from 2015.
If you see something you like then it would probably help to reserve one upfront!?

Posted by bluedonkey99 at 22:30 No comments: Links to this post