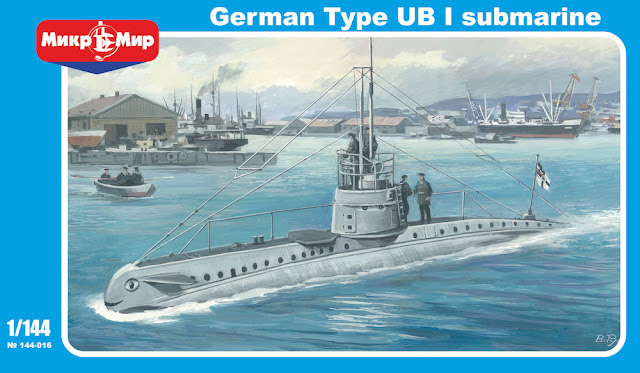 The Type UB I was a class of small coastal submarines (U-boats) built in Germany at the beginning of the First World War. 20 boats were constructed, most of which went into service with the German Imperial Navy.[Note 1] Boats of this design were also operated by the Austro-Hungarian Navy (Kaiserliche und Königliche Kriegsmarine or K.u.K. Kriegsmarine) and the Bulgarian Navy. The group is sometimes known as the UB-1 class after SM UB-1, the class leader. In the Austro-Hungarian Navy, it was called the U-10 class.


For details of the sprues, decals and photo-etching please see:
http://mikro-mir.com/en/279.html 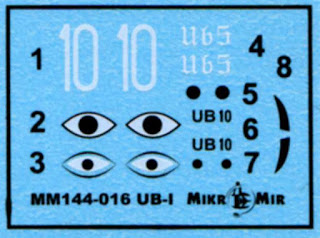