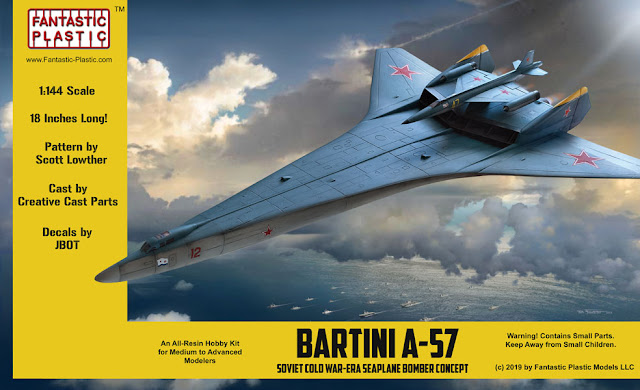 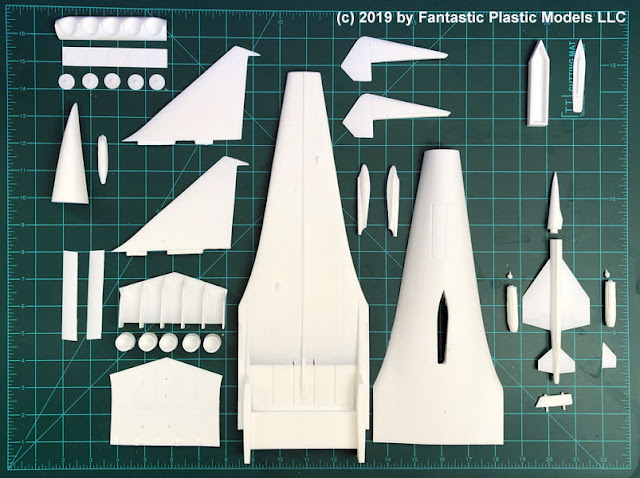 Robert Lugvigovich Bartini (1897-1974) was an Austro-Hungarian-born aeronautical engineer of Italian descent who eventually became one of the Soviet Union's most visionary aircraft designers.

In the mid-1950s, Bartini received government backing to develop the A-57, a massive sea-launched intercontinental bomber that would not require vulnerable land-based air fields. To be fueled by submarines, the A-57 was to use vertical jets to assist with lift during take-off. Subsequent variations also included a twin-engined jet parasite fighter to serve as an escort over enemy territory.

In 1957, the Kremlin pulled funding from Bartini's bold project, perhaps figuring that with ICBMs now coming into their own, there would be less and less need for the kind of massive bomber Bartini envisioned. 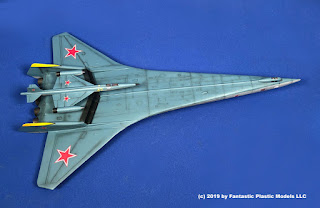 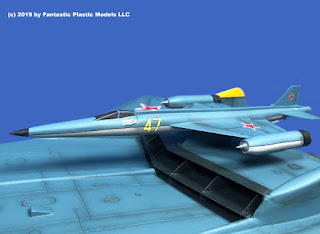 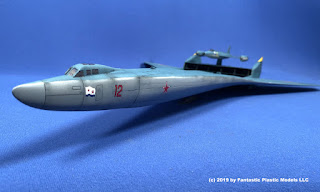 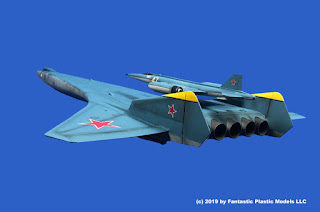 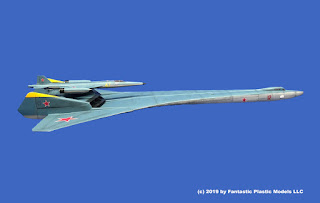 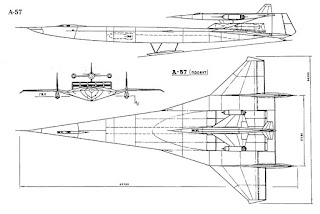