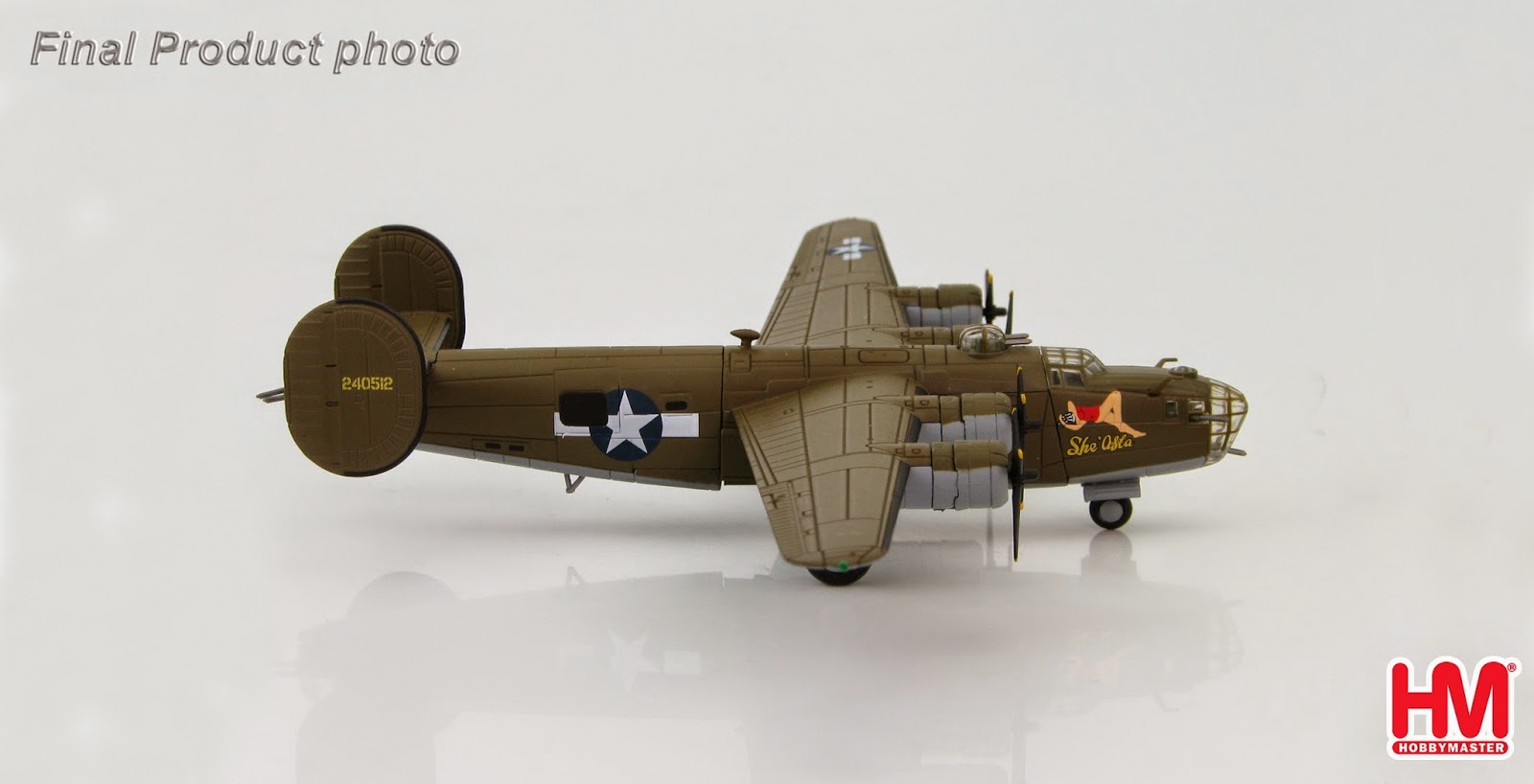 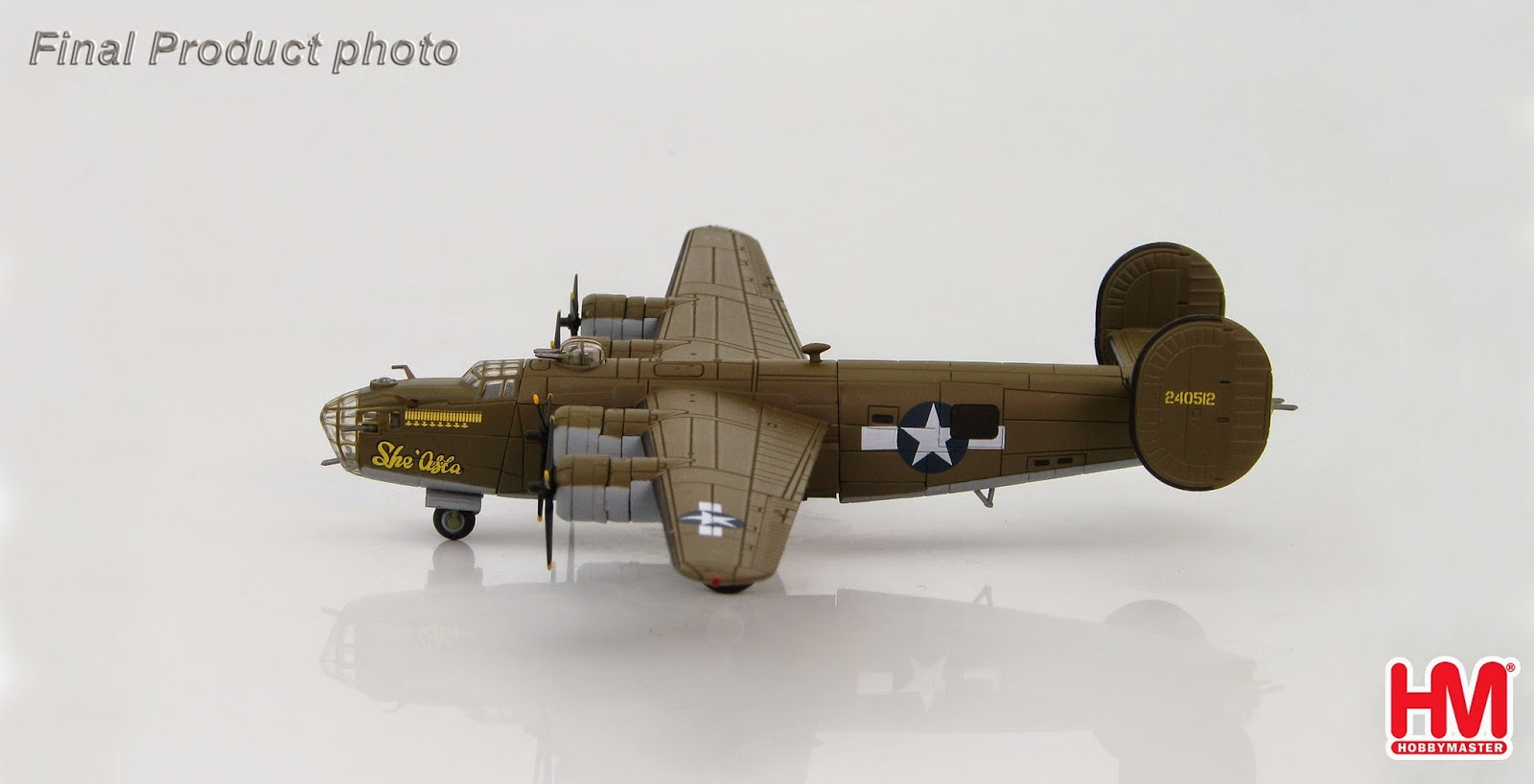 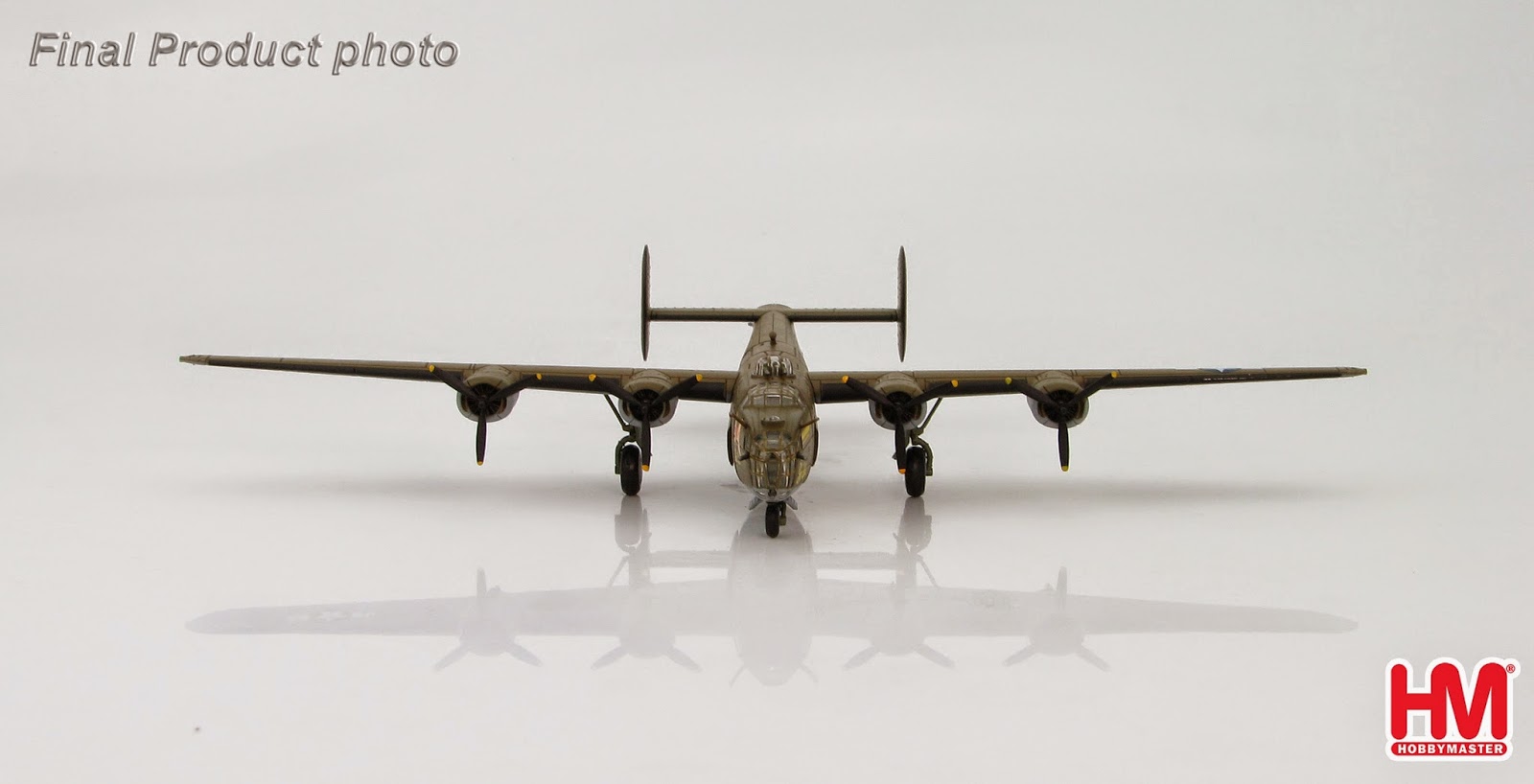 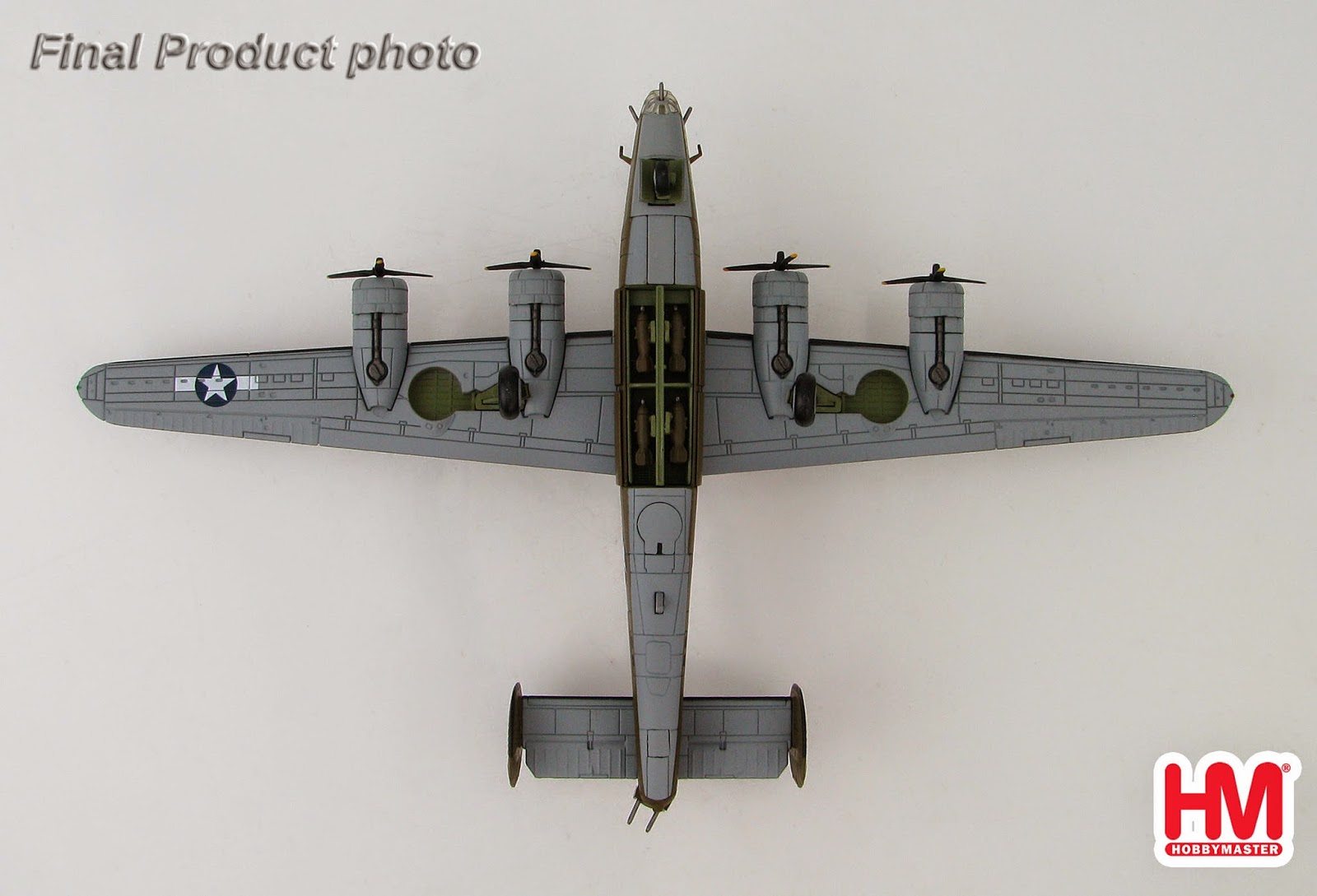 Source: http://www.hobbymastercollector.com/HA9106.html
Available: http://www.hobbymastercollector.com/HMmilitaryretailers.html
Consolidated was unable to keep up so contracts were awarded to Douglas, Ford and North
American. The D variant became the most numerous with 2,698. The design of the B-24 allowed
it to carry the same payload as the Boeing B-17 and do it faster and further. Compared to the
sleek look of the B-17 the B-24 looked awkward and B-17 crews referred to it as “the crate the B-
17 was shipped in”.