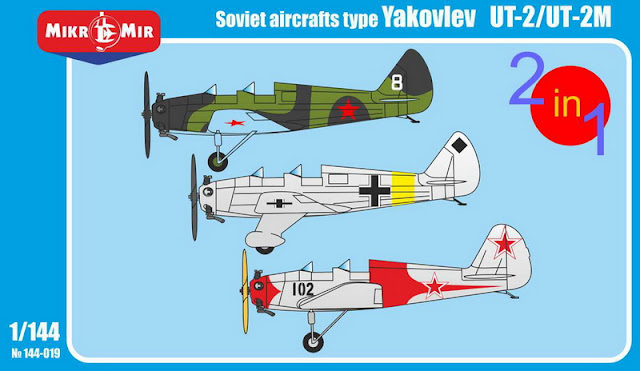 The Yakovlev UT-2 (NATO reporting name "Mink") was a single-engine tandem two-seat low-wing monoplane that was the standard Soviet trainer during the Great Patriotic War. It was used by the Soviet Air Force from 1937 until replaced by the Yakovlev Yak-18 during the 1950s.
The preceding U-2 (Po-2) biplane was no longer a suitable trainer for the faster modern aircraft entering service, and to fill the role, the UT-2 was designed as a trainer.

The new aircraft was designed by Alexander Sergeevich Yakovlev's team at OKB-115. Originally designated AIR-10, it was based upon the AIR-9, but it was simpler, with tandem open cockpits, also omitting slats and flaps. It first flew on 11 July 1935. The AIR-10 won the competition in 1935 and, after minor changes, was accepted as the standard Soviet Air Force trainer.

The wood-and-metal mixed construction of the AIR-10 was simplified to use only wood to facilitate production, and the AIR-10s 120 hp Renault inline engine was replaced with the 112 kW (150 hp) Shvetsov M-11E radial on the prototype, and the 82 kW (110 hp) M-11Gs in early production aircraft. Serial production started in September 1937. The Soviet VVS (Air Force) assigned the aircraft the designation UT-2 (uchebno-trenirovochnyi, trainer).

The UT-2 was not easy to fly and easily entered into spins. The UT-2 model 1940 featured a lengthened forward fuselage, and a change to the 93 kW (125 hp) M-11D radial to attempt to rectify the problem. Despite improvements, the handling and flight characteristics remained challenging.
To further improve handling and stability, the new UT-2M (modernized) variant was developed in 1941 and it replaced the original UT-2 in production. The wing planform was redesigned, with a swept leading edge and a straight trailing edge, and the vertical stabilizer was enlarged.

Before and after World War II the UT-2 was used by civilian organizations, and after the war, UT-2s were also operated by the Polish and Hungarian Air Forces. 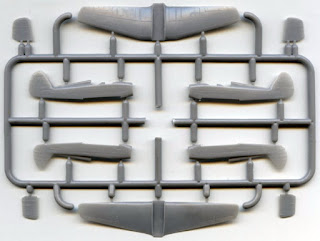 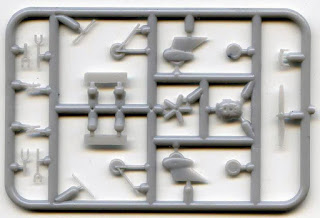 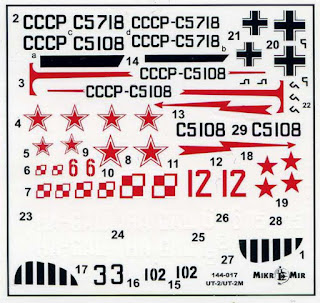 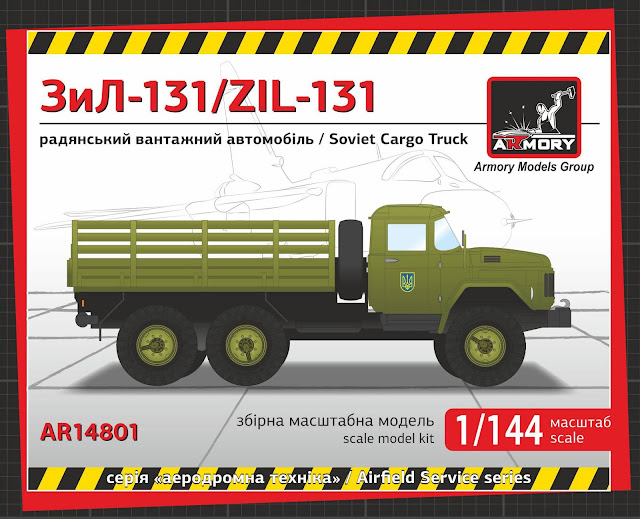 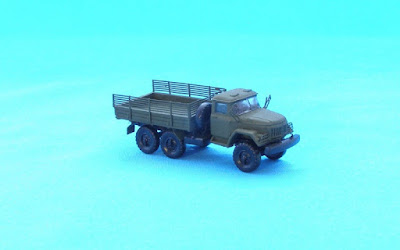 1/144 ZIL-131 Modern Truck - Armory
Another Soviet Era vehicle from Armory, this promises to be an very detailed vehicle with clear and solid injected moulded parts, photo-etched parts and decals.

Interestingly the instructions show a number of sprue items not to be used in this build, so maybe we will see further variants? Due to the level of detail on this item, it lends itself to scratch conversions.

An all-metal cab of this truck provides seating for the driver and two passengers.

The ZiL-131 is powered by a V8 petrol engine, developing 150 hp. Engine is coupled with a 5-speed manual gearbox. Vehicle has a full-time all-wheel drive, however the front axle can be disconnected on hard surface roads. It is fitted with a central tyre inflation systems. A self-recovery winch was fitted on some models. 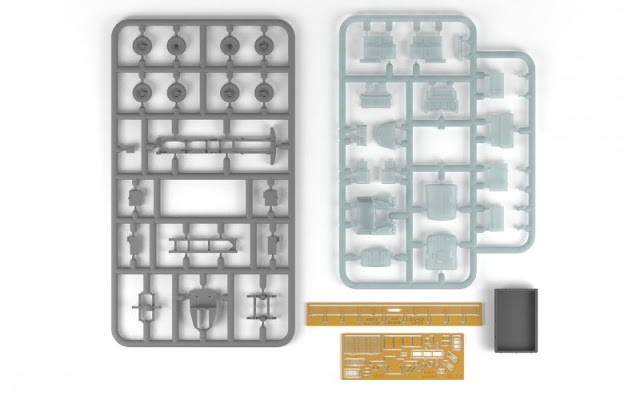 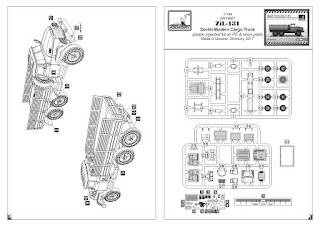 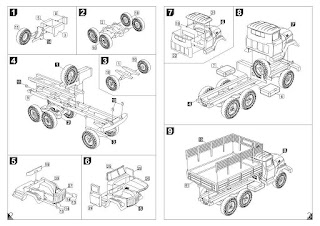 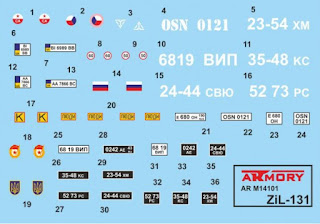 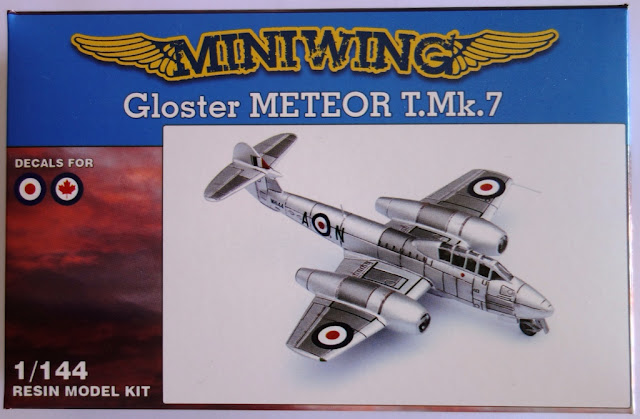 The Gloster Meteor was the first British jet fighter and the Allies' only jet aircraft to achieve combat operations during the Second World War. The Meteor's development was heavily reliant on its ground-breaking turbojet engines, pioneered by Sir Frank Whittle and his company, Power Jets Ltd. Development of the aircraft began in 1940, although work on the engines had been under way since 1936. The Meteor first flew in 1943 and commenced operations on 27 July 1944 with No. 616 Squadron RAF. Nicknamed the "Meatbox", the Meteor was not a sophisticated aircraft in its aerodynamics, but proved to be a successful combat fighter. Gloster's 1946 civil Meteor F.4 demonstrator G-AIDC was the first civilian-registered jet aircraft in the world.[1]

Several major variants of the Meteor incorporated technological advances during the 1940s and 1950s. Thousands of Meteors were built to fly with the RAF and other air forces and remained in use for several decades. The Meteor saw limited action in the Second World War. Meteors of the Royal Australian Air Force (RAAF) fought in the Korean War. Several other operators such as Argentina, Egypt and Israel flew Meteors in later regional conflicts. Specialised variants of the Meteor were developed for use in photographic aerial reconnaissance and as night fighters.
https://en.wikipedia.org/wiki/Gloster_Meteor 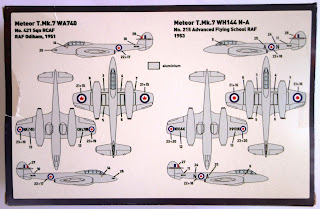 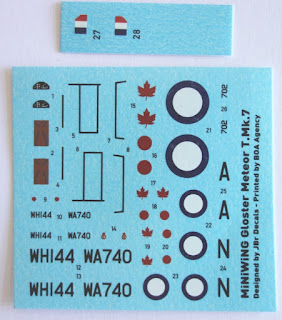 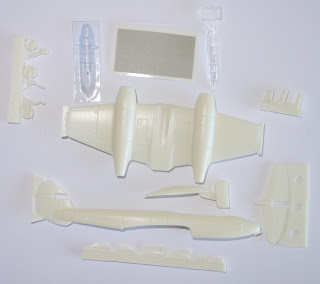 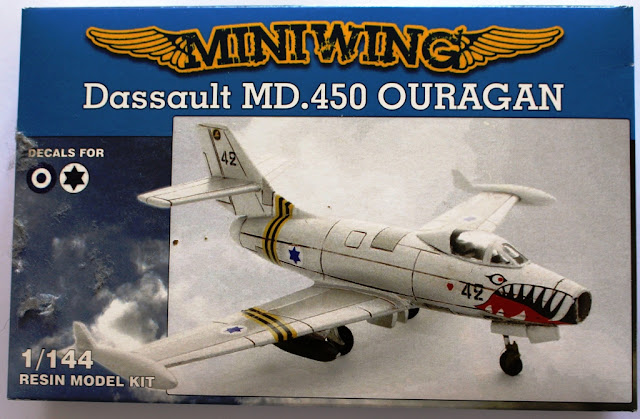 1/144  Dassault MD.450 OURAGAN - Miniwing
The Dassault M.D.450 Ouragan (French: Hurricane) was a French fighter-bomber developed and produced by Dassault Aviation. It has its origins in a private venture by Dassault to produce an all-French aircraft which would made use of jet propulsion, which subsequently would receive orders from the French Air Force.

The Ouragan holds the distinction of being the first jet-powered French-designed combat aircraft to enter production, and thus played a key role in the resurgence of the French aviation industry following the Second World War. The Ouragan was operated by France, India, Israel and El Salvador. While in Israeli service, the type participated in both the Suez Crisis and the Six-Day War.
https://en.wikipedia.org/wiki/Dassault_Ouragan 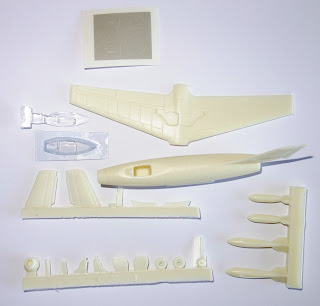 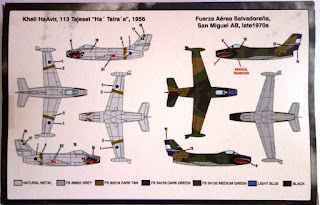 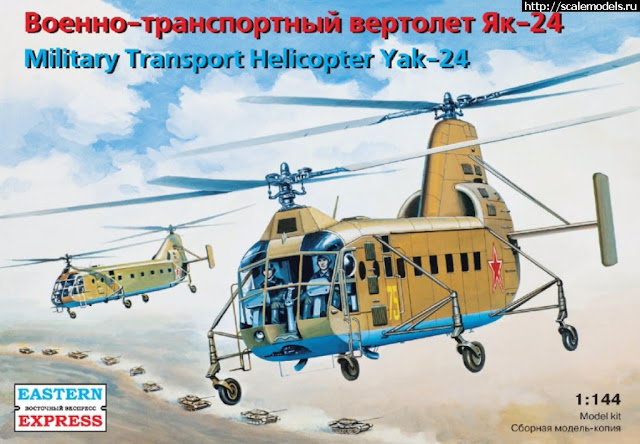 In late summer 1952, the Soviet Union issued two design specifications for helicopters, with the intent of catching up to the United States in post-World War II helicopter development. The design for the a medium size helicopter which could transport 12 people was issued to the Mil Design Bureau, whereas the design for a larger version capable transporting 24 people was given to the Yakovlev Design Bureau, which had not had any previous design experience with helicopters prior to this project. 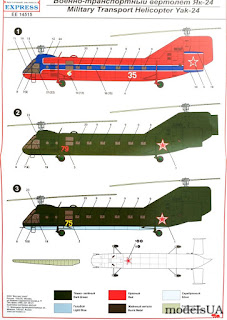 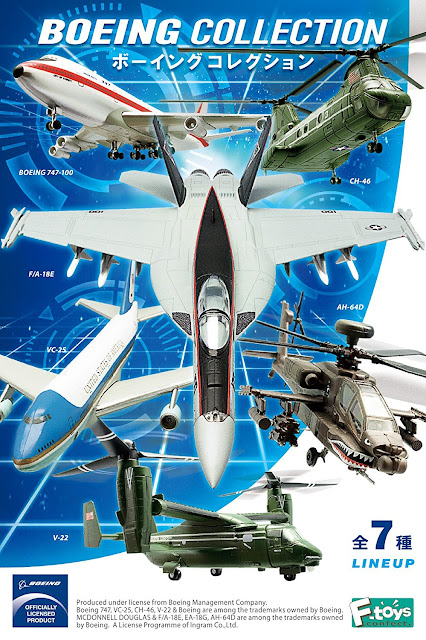 Mixed collection of re-issued items in new schemes, plus some 1/500 Boeing 747s (First Rollout 'City of Everett' and Airforce One) 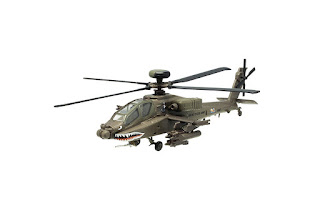 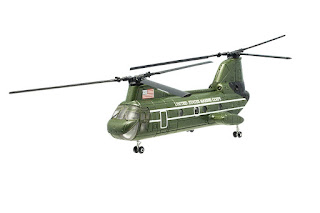 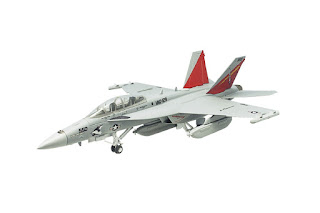 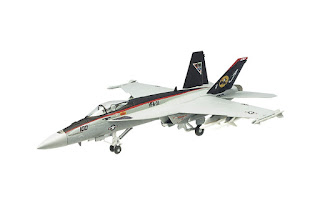 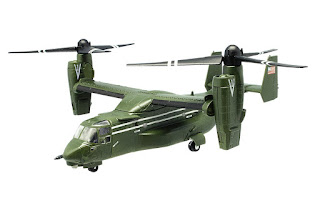