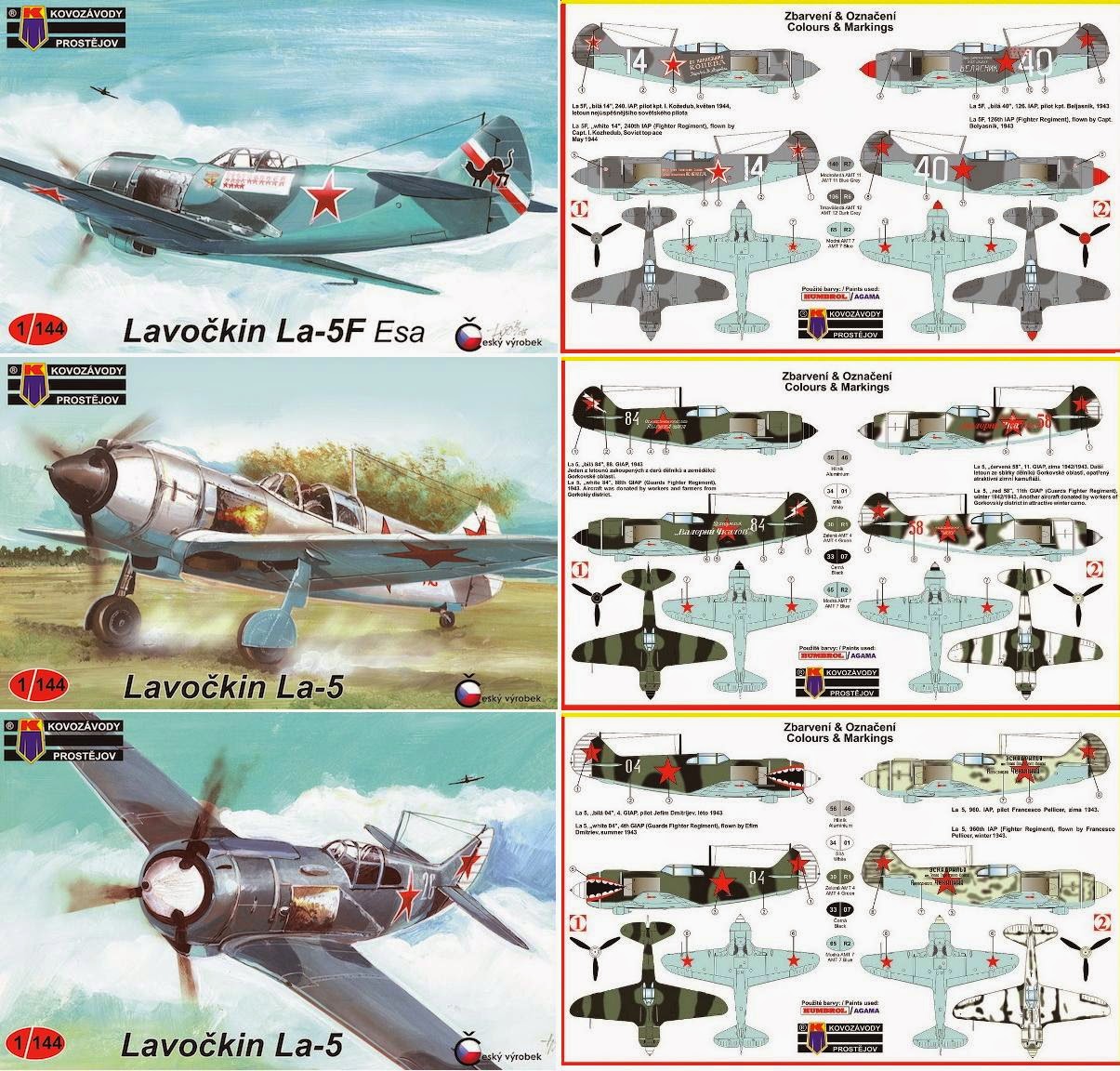 1-144 Lavochkin La-5 (Лавочкин Ла-5 (Series) by Kovozavody Prostejov
We touched on the resurrection of this great name in Czech kit production previously.
Its great news that their initial (expect more to follow) 1/144 releases are due for release MArch/April 2015 and are already being up for pre-order at Hannants - though should be available form usual retailers.
Great looking kits, and excellent prices  125 Kč (+- 5€) !!

For sprue shots and mor info see their website:
http://www.kovozavody.cz/kp-junior-1144/#more-635 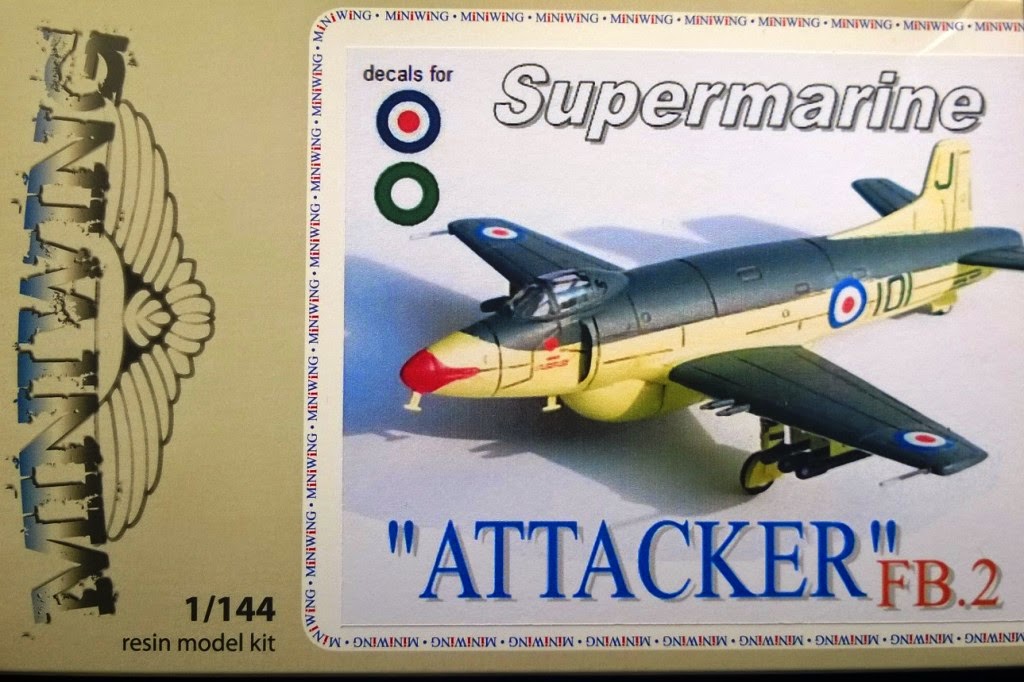 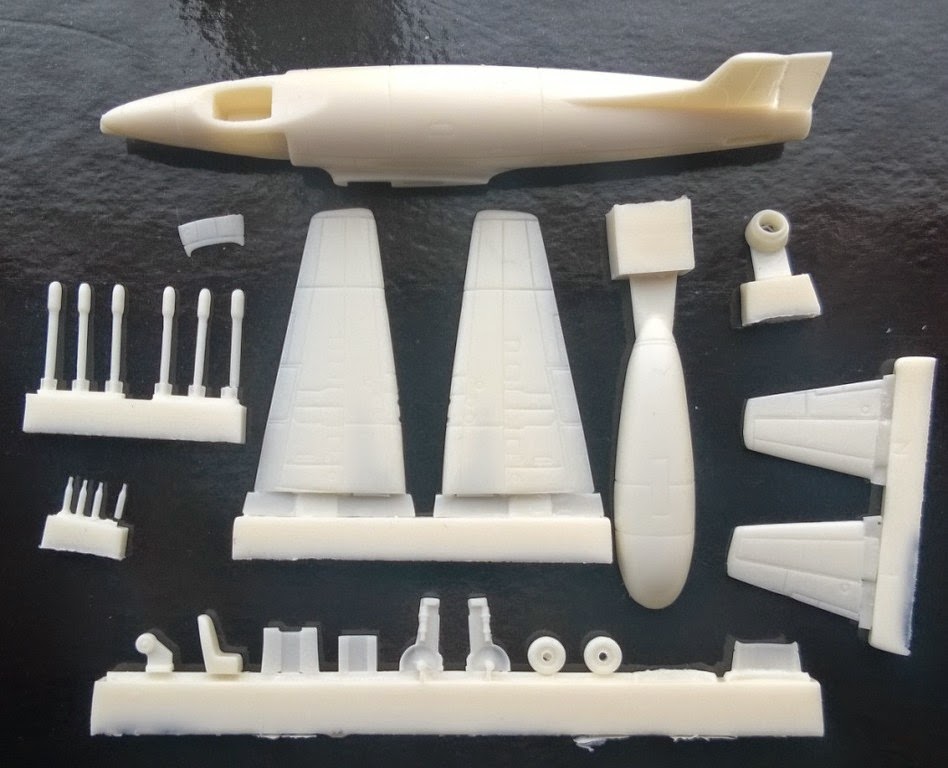 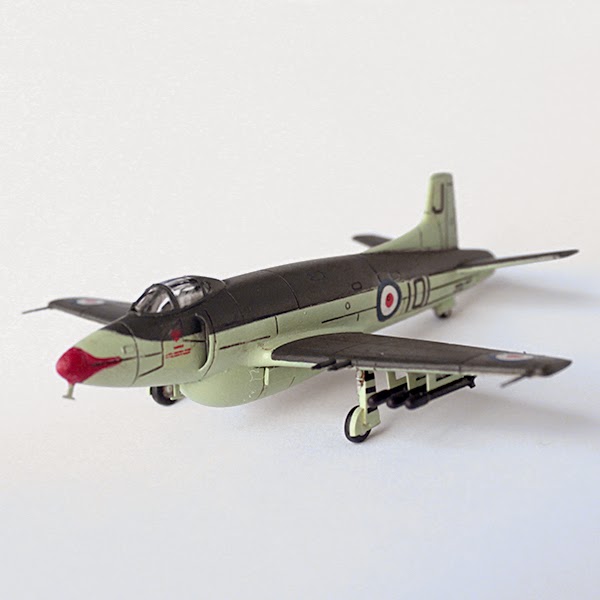 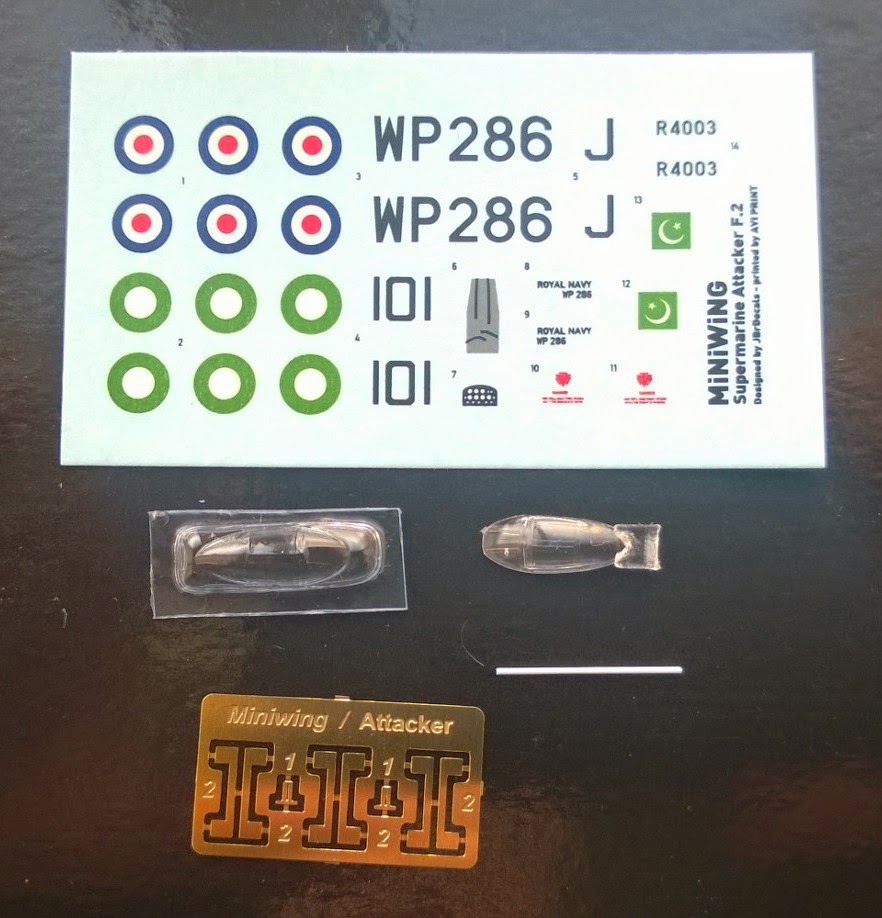 The Supermarine Attacker was a British single-seat naval jet fighter built by Supermarine for the Royal Navy's Fleet Air Arm (FAA). The type has the distinction of being the first jet fighter to enter operational service with the FAA. Like most other first-generation jet fighter, it has a short service life due to the rapid development of increasingly advanced aircraft during the 1950s and 1960s.

The Attacker developed from a Royal Air Force (RAF) fighter jet project, under Air Ministry Specification E.10 of 1944 (the E for experimental). The design of the Attacker used the laminar flow straight-wings of the Supermarine Spiteful, a piston-engined fighter intended to replace the Supermarine Spitfire, and what became the Attacker was originally referred to as the "Jet Spiteful".

The FB 2  introduced a new Rolls-Royce Nene engine and modifications to its structure. The Supermarine Attacker now had eight underwing pylons which could carry two 1,000 lb (454 kg) bombs or eight unguided rockets.

Conforming to the Miniwing signature format, being cleanly cast with quality resin with no obvious air bubbles. The panel lines on fuselage  are very finely cast and provide a good balance between finesse and detailing

Available now with discount and free shipping from: http://kits-shop.com/index.php , and usual suppliers 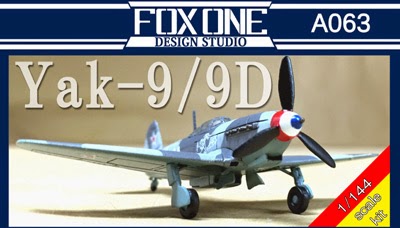 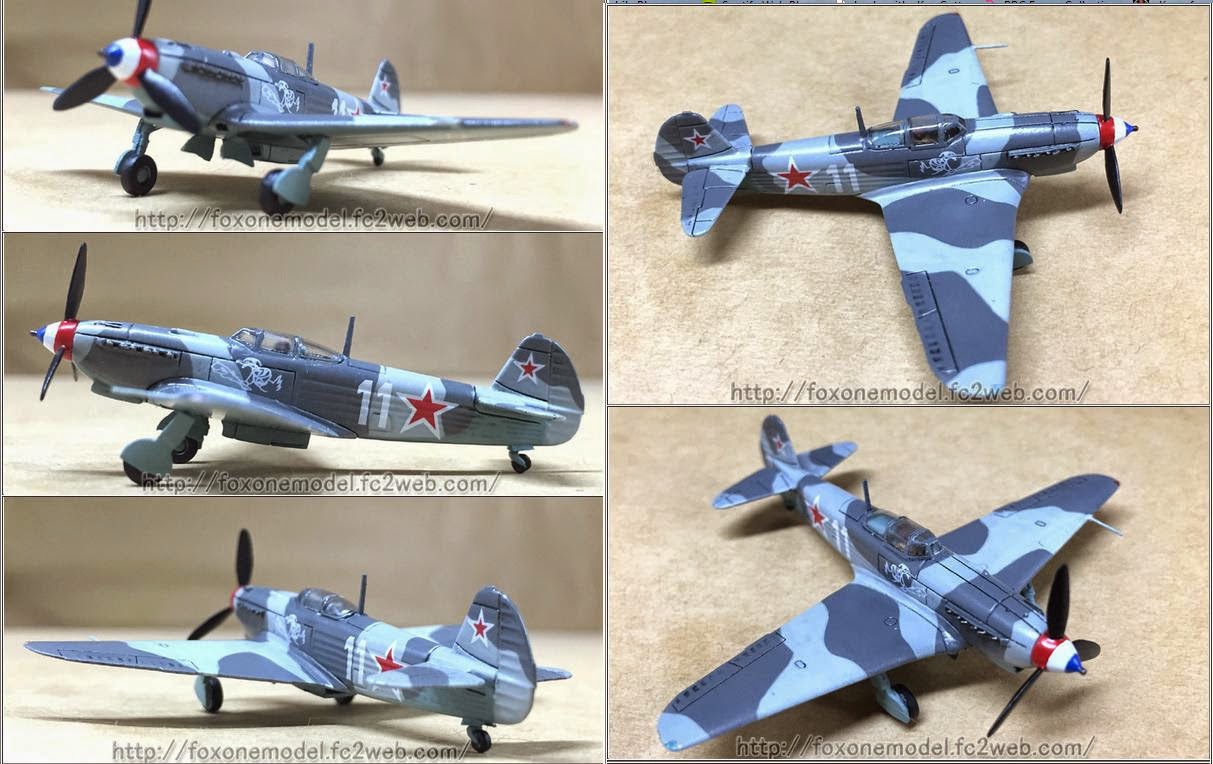 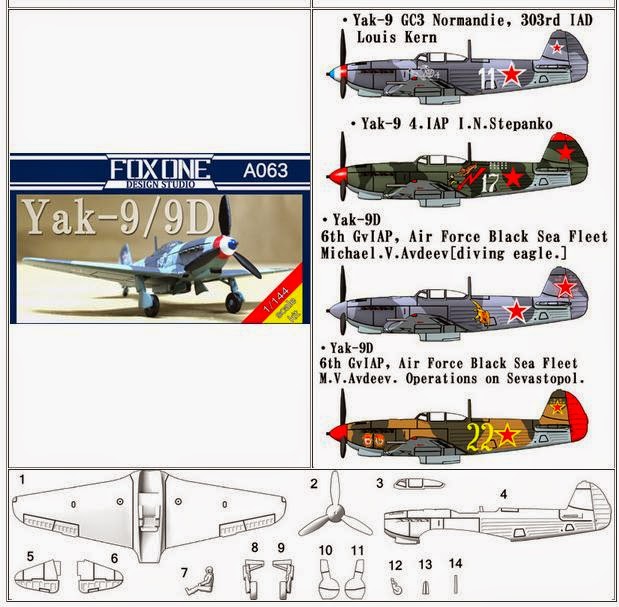 The Yak-9 T/DD varients will be releases shortly.
Posted by bluedonkey99 at 14:23 No comments: 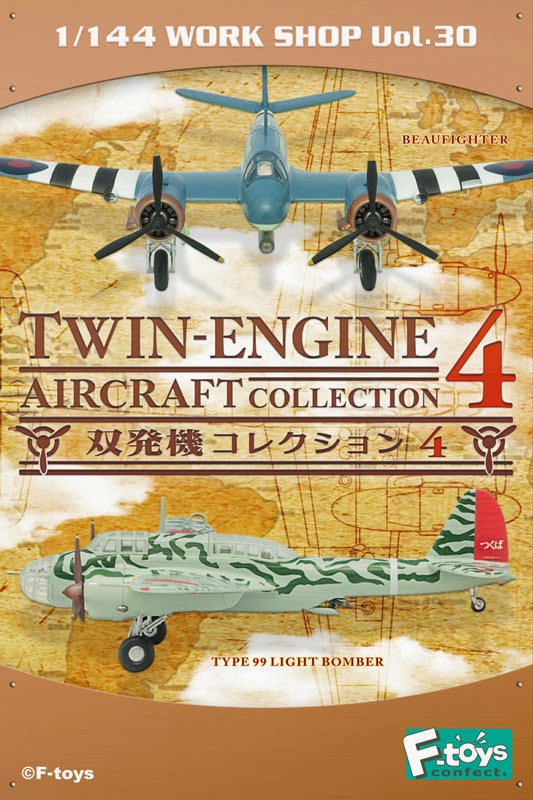 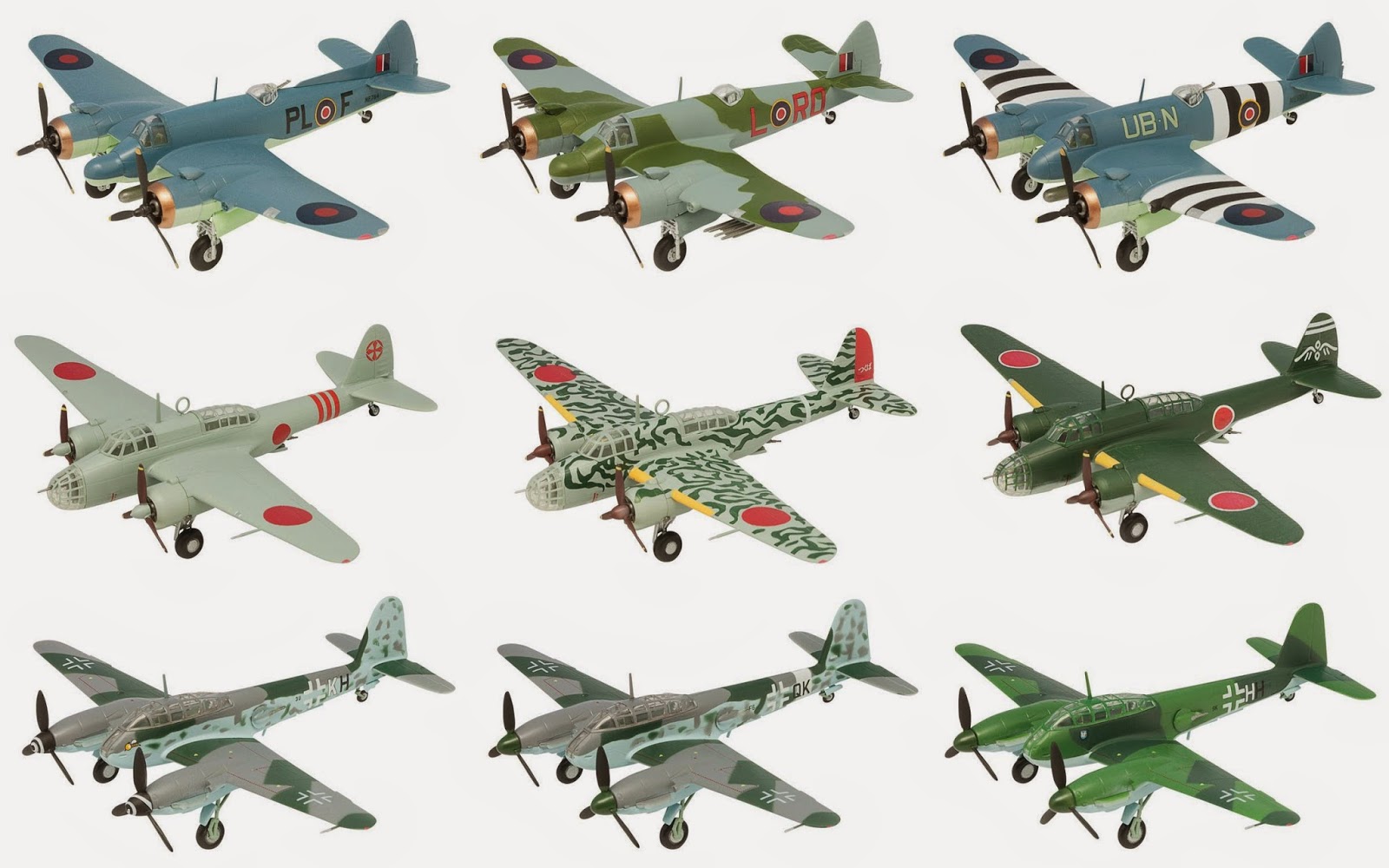 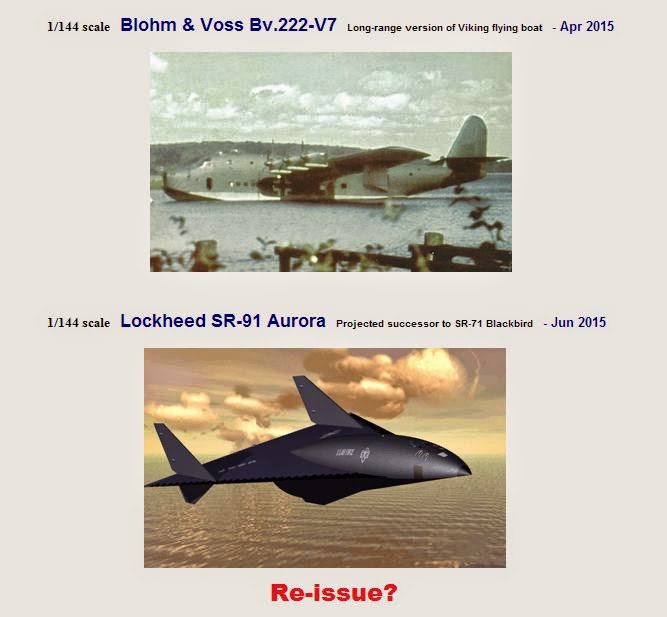