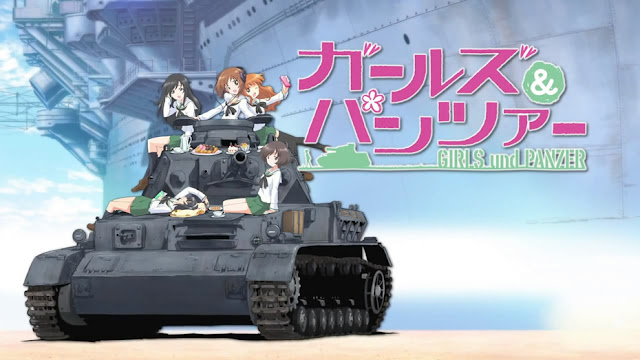 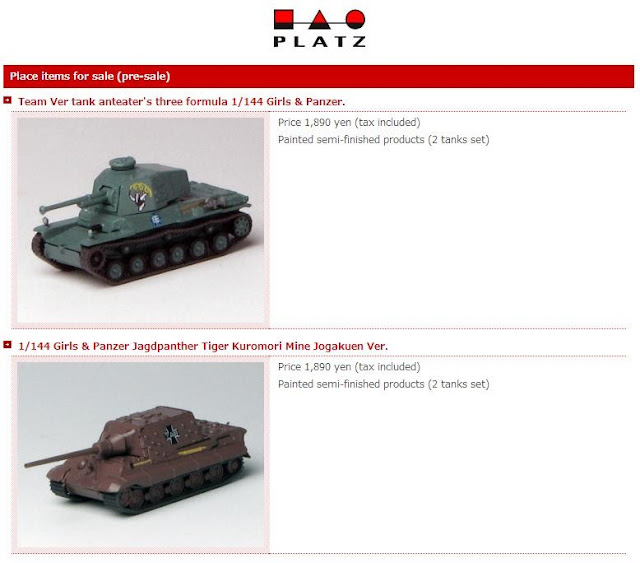 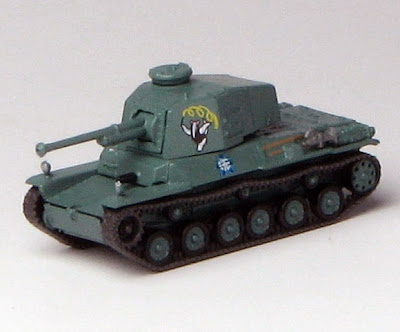 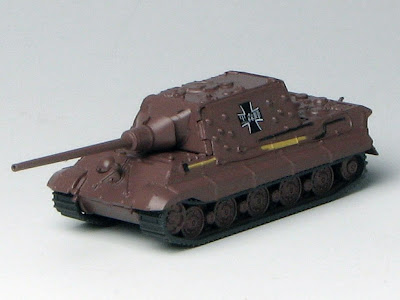 Well it had to happen sooner or later, the new cult anime sweeping japan with it mix of panzers and school girls has finally made it to 1/144.  Compared to some of the more colourful schemes associated with Girls und Panzer these seem quite modest!?

Anyway coming soon ( for some reason my ISP has started blocking the Platz HP so I cant see if there is more info there? Expect something after the Wonderfest (Summer).

Image source(s) and more info:
http://www.dannychoo.com/en/post/26699/Girls+und+Panzer.html
http://www.mr-hobby.com/wf2013sp.html (click the forth tab from the left) 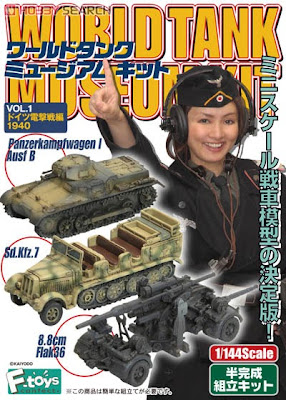 1/144 World Tank Museum Vol.1 (German Blitzkrieg 1940) - F-Toys
Well it has been a long time waiting, but finally we get a new WTM series. Interestingly the Sd.Kfz was part of the much delayed WTM series revealed many years back, so there could be some hope of seeing the British and Soviet tanks that were also part of the cancelled set?

Well these items are welcome, in particular the Flak 36 as it can be used for the basis of some interesting conversions....

The other surprise is the coperation of F-Toys and Kaiyodo (owner of WTM Brand), lets hope this means we will start to see many more of these items in the coming months! What this means for F-Toys own Battle Tank Collections series who can say. As long as they are producing armour then the name doesn't really matter.

further images are on Dameya's Page

Three colour options for each of the following (inv DAK), and possibly some bonus figures with one or more of the Panzer I. 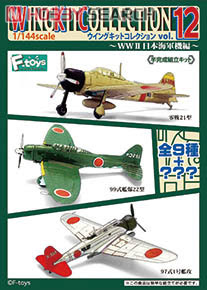 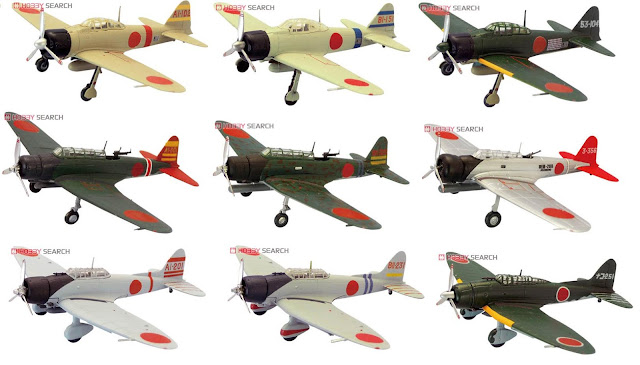 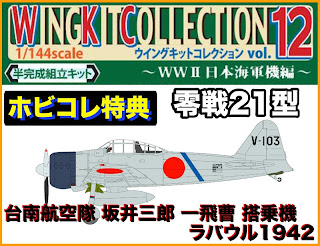 F-Toys are pushing out a new issue of the Wing Kit Collection series. It must be said there are few surprises with this release and  many of these Zeros, Vals and Kates have been seen before. Notable newcomers being - a B5N1 (early Kate model, used in the Sino-Japanese War) and a D3A2 (late VAL model, more powerful engine, streamlined canopy rear, in service in 1943).

Update: Apparently these are not just any old reissue, these are new molds.... (Platz) 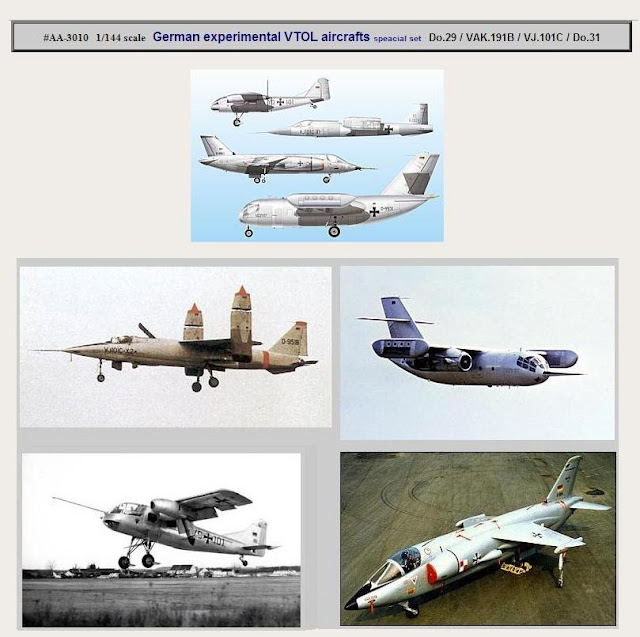 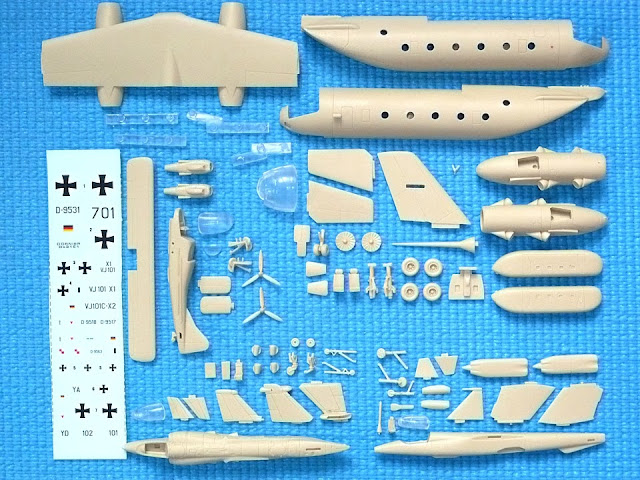 In late 1950's, the West Germany issued an requirement for the VTOL fighter, attack and transport aircrafts programme. The idea being that in case of Soviet attack, the VTOL would support dispersal of combat aircraft assets to small and easy concealed operation base. A renewed interest in STOL and VTOL aircraft led to a re-evaluation of Focke's concept, and Dornier was given a contract to develop Do.29 capable of demonstrating the tilting-propeller system. The concept was proved to be successful in flight testing. In 1959, Heinkel, Messerschmitt and Boelkow formed EWR to build the VTOL fighter aircraft, designated VJ-101. In 1962, follow up on the NATO requirement, the VTOL transport was issued. The Dornier began work on a demonstrator which was given the designation of Do.31. In 1963, German government decided to work on another ground-attack fighter, the VAK-191. When the high cost, technical difficulties were realised the Luftwaffe and NATO ceased trials involving VTOL aircrafts which resulted in the cancellation of these projects and further use of these aircrafts were limited to research purposes only.