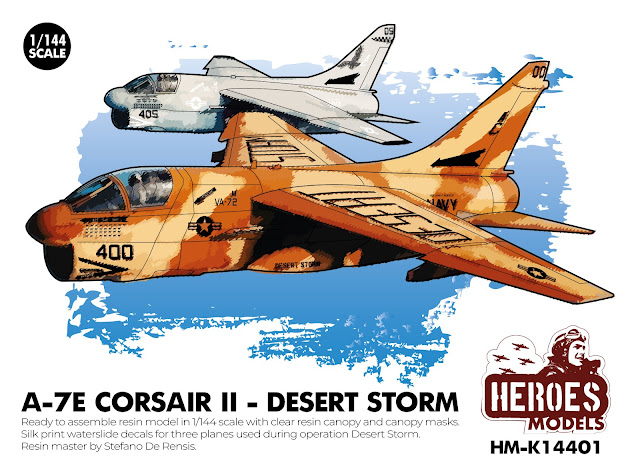 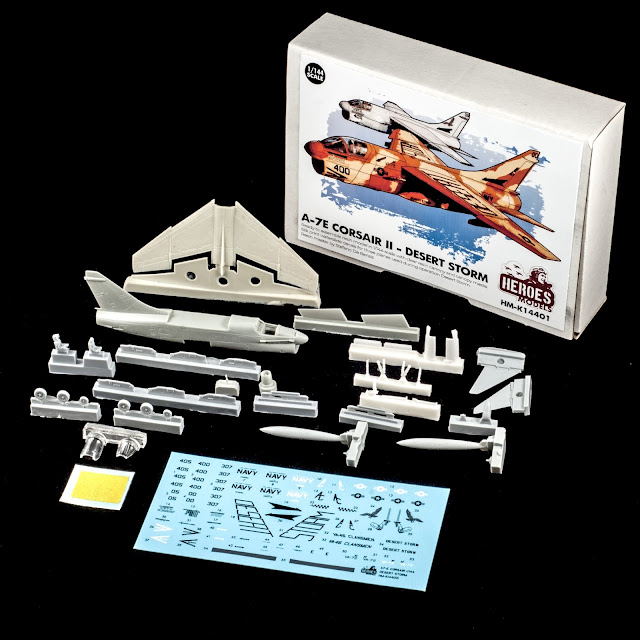 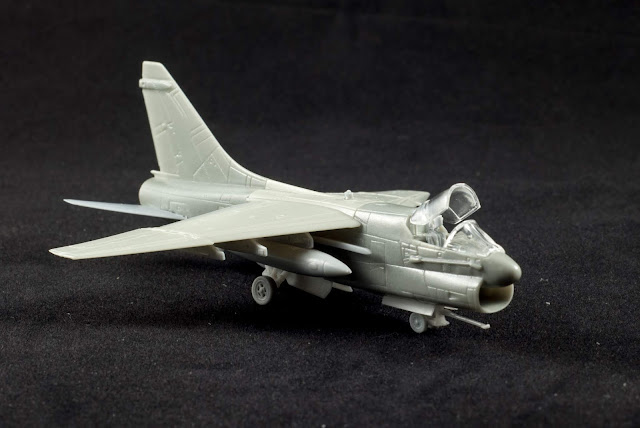 Hero Models have been successfully producing a range of 1/144 decals, figures and upgrades for some time. Now for the first time they have expanded their range to include accessories for some to include their first completer 1/144 kit, which looks great.


The LTV A-7 Corsair II is an American carrier-capable subsonic light attack aircraft manufactured by Ling-Temco-Vought (LTV) to replace the Douglas A-4 Skyhawk. Its airframe design is a somewhat smaller version of the supersonic Vought F-8 Crusader. The Corsair II initially entered service with the United States Navy (USN) during the Vietnam War. It was later adopted by the United States Air Force (USAF), including the Air National Guard, to replace the Douglas A-1 Skyraider and North American F-100 Super Sabre. The aircraft was also exported to Greece in the 1970s, and to Portugal in the late 1980s.

While USAF A-7s stayed home in favor of A-10s, the USN deployed two of its last A-7E squadrons to Operation Desert Shield in August 1990 aboard USS John F. Kennedy, the only carrier of six deployed to Desert Storm to operate the A-7. The navy squadrons VA-46 and VA-72 made the last combat sorties of the A-7 in Operation Desert Storm flying from the Red Sea to targets throughout Iraq. The A-7 was used both day and night to attack a wide range of heavily defended deep interdiction targets in Iraq as well as "kill boxes" (geographically defined kill zones) in Kuwait, employing a variety of weapons including precision-guided munitions (PGMs), such as the TV-guided Walleye glide bomb, unguided general purpose bombs, and High Speed Anti-Radiation missiles (HARM). 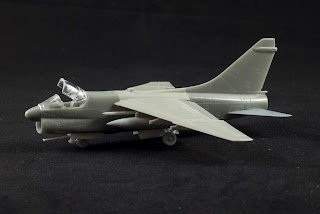 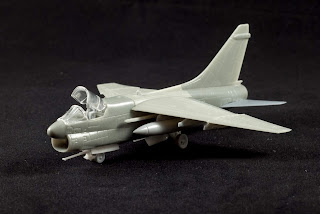 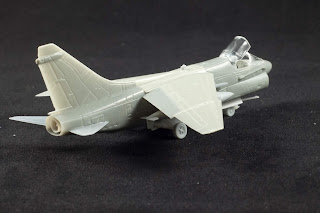 Ive been following this kit's progress from very early on, and was fortunate enough to have some minor input in its gestation. This looks to be a pretty good kit, and much more affordable than the FoxOne offering. For those that prefer a more colorful Corsair option, I have 50 or so Alps decal sets of 70s/80s airplanes in high viz markings that are print ready.