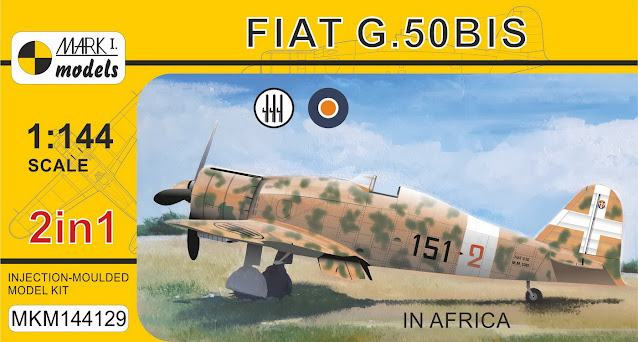 The Fiat G.50 was an Italian fighter aircraft designed in the mid-1930s, which became the most advanced fighter to be produced in Italy at that time. The prototype flew in February 1937, while the first production aircraft were delivered to the air force two years later.

In the autumn of 1940, an improved version with an extended combat range was introduced and designated the G.50bis. In total, production of the G.50 reached 784 aircraft in seven production series; 426 of which were manufactured by Fiat (Aeritalia) and another 358 were built by CMASA. 58 aircraft were exported: 13 G.50s to Spain, 35 aircraft to Finland and 10 went to Croatia.

It was a single-seat, all-metal low-wing monoplane featuring an open cockpit and a retractable undercarriage. It was powered by a Fiat A.74 two-row radial engine and was fitted with a Hamilton-Fiat propeller. The first versions of the G.50 were fitted with different configurations of armament: either a single or a pair of 12.7mm machine guns in the nose and an additional pair of 7.7mm guns in the wings. The Fiat G.50bis can be distinguished by the redesigned tail, addition of a larger rudder and relocated tail wheel.

The Fiat G.50s were extensively used on various fronts by Italy, including deployment in Belgium, North Africa, in the Balkans, in the Aegean and the Italian mainland. In Finland they served with distinction during the Winter War of 1940 and the Continuation War of 1941 "44 against the Soviet Union. 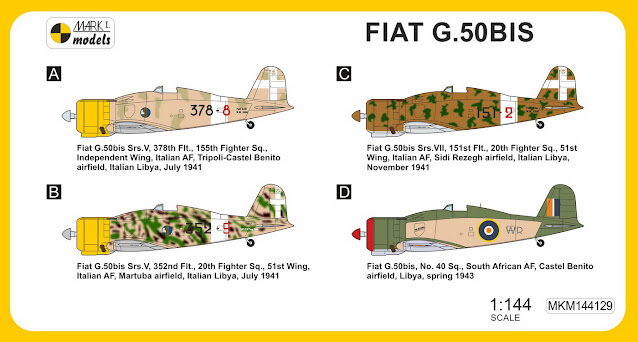 Two injection-moulded kits are supplied in this box and each kit contains 36 parts and one clear part (the cockpit windshield).

A comprehensive decal sheet is included. 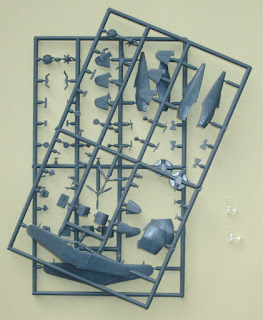 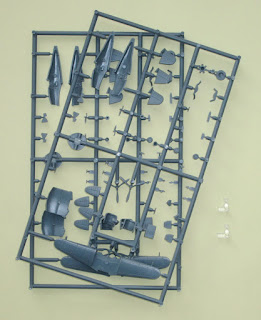