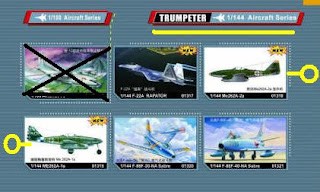 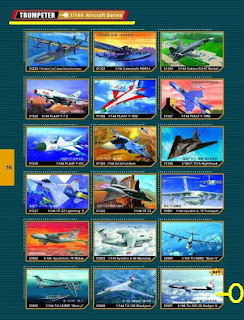 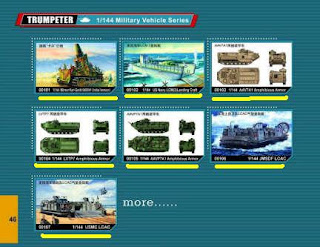 Again we have this old situation of one manufacturer releasing a kit of a particular aircraft (Eduard's Me262A-1a), then another following with a kit of the same plane (Trumpeter here). Where's our damned Spitfire?!!!

Incidentally, I noted in a recent Scale Aviation Modeller International that Eduard has released a kit containing one Me262A-1a and one A-2a in Czech postwar livery. Built in Czechoslovakia and known as the Avia S-92 and CS-92 respectively, they served with the Czech AF from 1948-51.

And according to Kami de Koro's blog, the latest aircraft he is working on is a Seversky P-35.