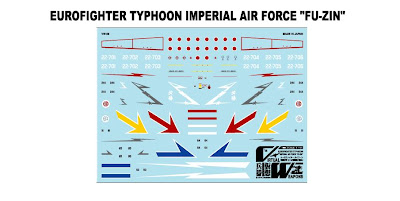 A whole host of Eurofighter Decals are just released, or are soon to be released. If you are a Eurofighter fan then this could be a great day for you. You are also spoilt for choice on which kit manufacturer to use, Revell, F-Toys or Pit Road!

There are 3 main sets: