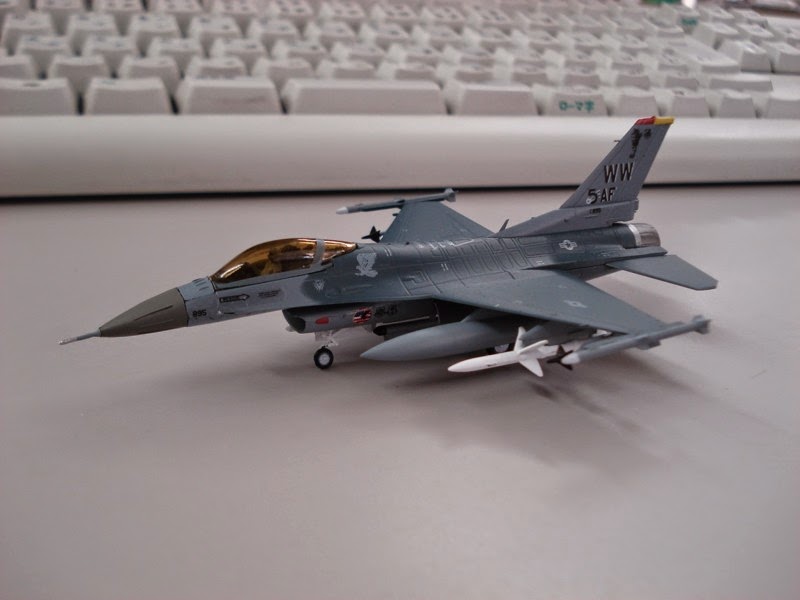 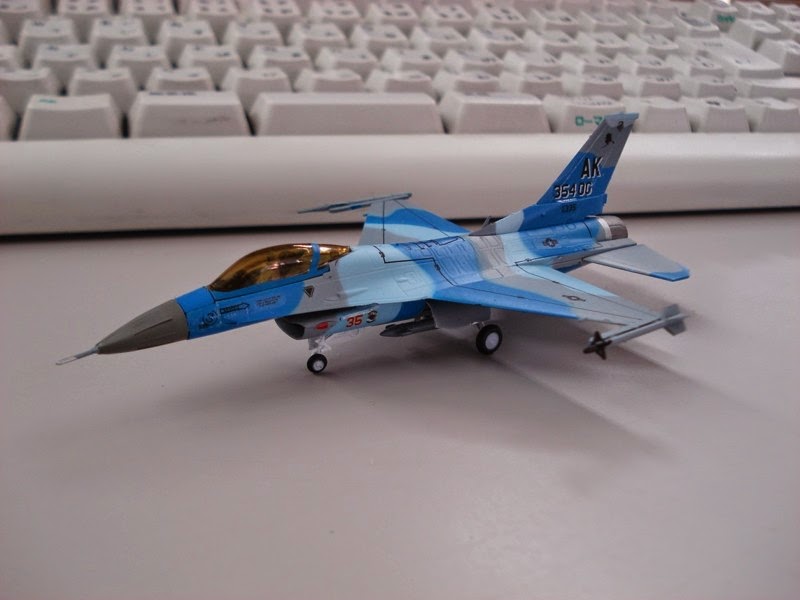 The translation is a bit wooly, though it appears F-Toys have announced they are to "pause" the Wing Kit Collection  after the VS collection, and/or start producing a set of "High Detail" models (that wont be available via confectionery stores - so, through model hobby stores?)

Radjapan has confirmed (check out their new items):

The F-Toys blog says wing kit collections will take a break for a while. They use the word,”Take a break” about the Vol.15. So the Vol.15 could show up someday.

F-Toys is also planning on releasing new series and they call it “High-Spec series” (something like Gimix). The High-Spec series Vol.1 is F-16 Fighting Falcon. They will come out next January or so.

So F-Toys goes with “VS series” and “High-Spec series” in the future.

Email ThisBlogThis!Share to TwitterShare to FacebookShare to Pinterest
Labels: F-16, F-Toys, versus

The new series seems to be called High Spec Series. The F-16s are scheduled to be sold in January.

Really sorry to see the wing kit series go. I always look forward to them with great excitement.

Hopefully they won't have those big seamlines!