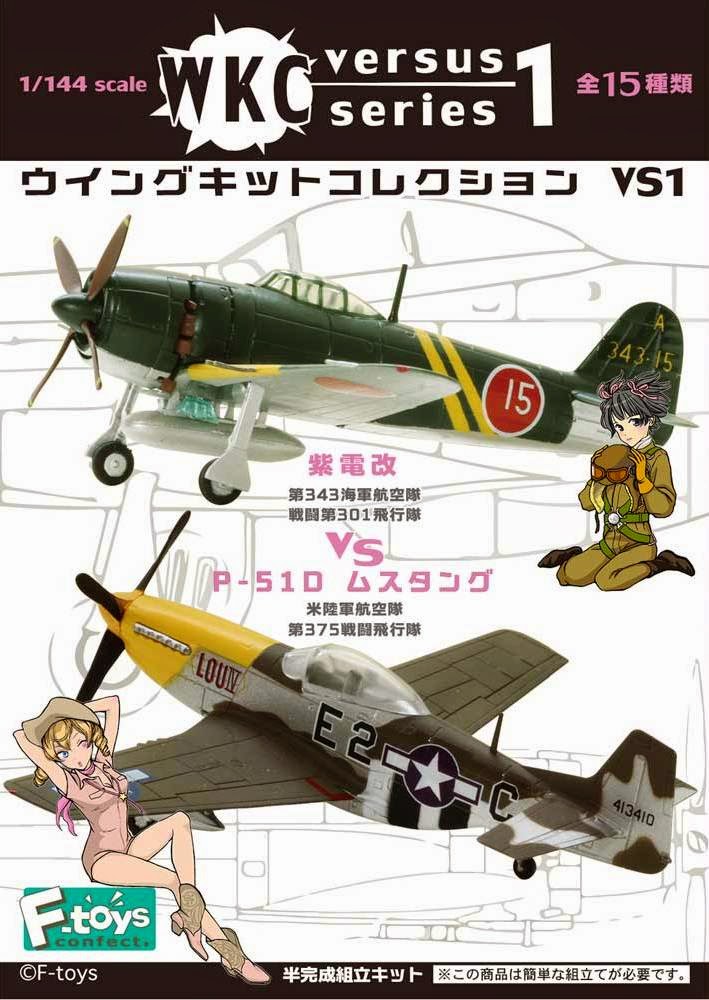 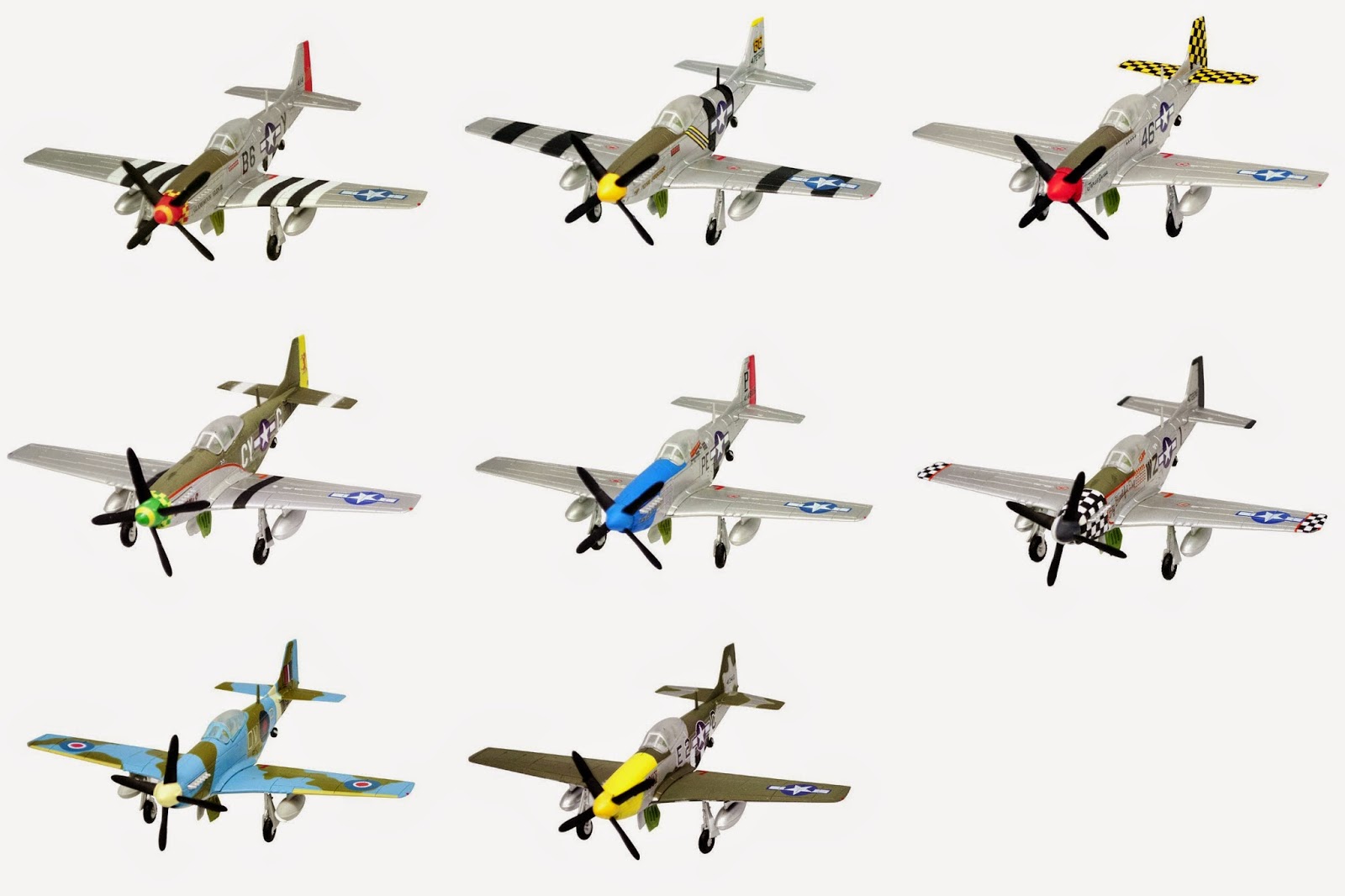 1/144 Wing Kit Collection "Versus Series 1" - F-Toys
F-Toys are to release a 'mega' issue of 15 items consisting of 6x Shiden Kai and 8x P-51D Mustangs. I am not sure if these are released as singles, or twin packs like the old WTM VS Tanks. Its probably the former, with a logical pairing of aircraft based upon their adversarial nature being on opposing sides at specific campaign or battles?  I don't know if here there will be any specials at this time?

If you buy them all, you might need to invest in a new shelf! ;-)

While researching the squadron markings only one P-51 The Flying Undertaker was active in the Pacific Theater. But the pilot of that plane shot down 5 tonys;one Togo; and 1 betty on one day