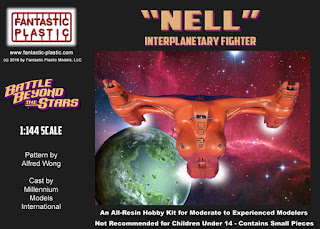 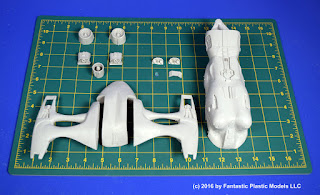 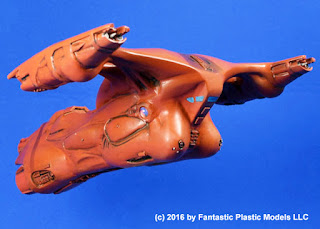 The years immediately following the tsunamic success of George Lucas' "Star Wars" (1977) saw dozens of low-budget sci-fi shoot-'em-ups rushed into neighbourhood multiplexes. One of the most successful of these "Me, Too!" space operas was Roger Corman's "Battle Beyond the Stars" (1980), starring Richard ("The Waltons") Thomas, George ("The A-Team") Peppard, Robert ("The Man from UNCLE") Vaughn,  Marta ("Lost in Space") Kristen and Sam ("Ben Casey") Jaffee. Reportedly ghost-directed by Corman itself, the film was an unapologetic knock-off of Akira Kurosawa's 1954 action classic "Seven Samurai" and its 1960 American adaptation, "The Magnificent 7," all set in a far-future outer space.

(In the voice of Comic Book Guy) Worst Spaceship Ever!

I bought this model I need to know that color. Please advise