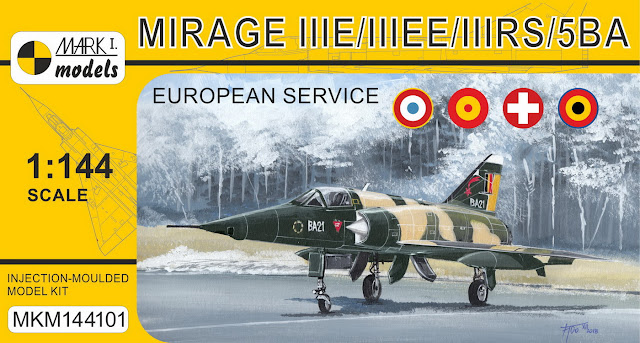 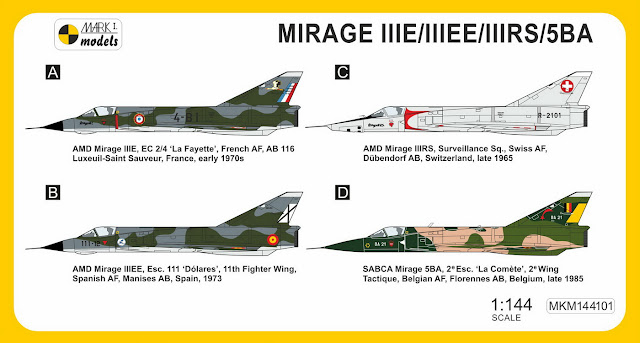 Dassault Mirage IIIE/EE/RS/5BA 'In Europe' (French, Spanish, Swiss & Belgian AF) The Mirage III jet fighter was developed by the French Avions Marcel Dassault company and its prototype flew in 1956. The first major production model was the Mirage IIIC, while the IIIE was an upgraded variant flying in April 1961.

The Mirage IIIE was a single-seat, all-metal monoplane featuring a tailless delta configuration utilised as a multirole/strike aircraft. Compared to the previous IIIC, it had an extended fuselage for avionics and additional fuel and straight tailfin leading edge. It was powered by a SNECMA Atar 09C turbojet. It carried two DEFA cannons in the lower fuselage under the air intakes and was fitted with five external stores pylons (one under the fuselage and two under each wing).

The first production Mirage IIIEs went to the French Air Force in 1964, with a total of 183 aircraft eventually delivered to that air arm. Licence production was also undertaken in Australia, where 98 a/c were built between 1963-68 by GAF as the Mirage IIIO. A number of Mirage IIIEs were built for export, being purchased by Argentina (IIIEA), Brazil (IIIEBR), Lebanon (IIIEL), Pakistan (IIIEP), South Africa (IIIEZ), Spain (IIIEE) and Venezuela (IIIEV).

Mirage IIIR was a reconnaissance aircraft, with radar replaced by a camera nose. It was based on the IIIE but with simpler avionics. These aeroplanes we supplied to the French Air Force (IIIR/RD) and others were exported to Switzerland (one Mirage IIIRS delivered + 17 licence-built by F+W in 1968-69), Pakistan (IIIRP) and South Africa (IIIRZ/R2Z). Production of the Mirage IIIE/R (incl. exports) was substantially greater than that of the IIIC, totalling more than 530 aircraft.

The Mirage 5 was the next major variant, first flying in May 1967, destined for clear-weather attack role. It was equipped with less sophisticated avionics, more fuel storage and featured a longer nose. In Belgium, 63 a/c were licence-built in the period 1970-73 by SABCA as the 5BA. A total of 531 Mirage 5s (all variants, incl. exports) were built, of which a number were exported to Abu Dhabi, Colombia, Egypt, Gabon, Libya, Pakistan, Peru, Venezuela and Zaire. 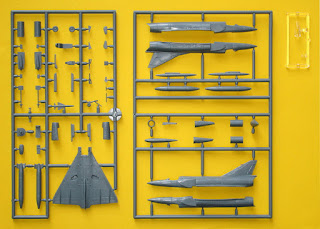 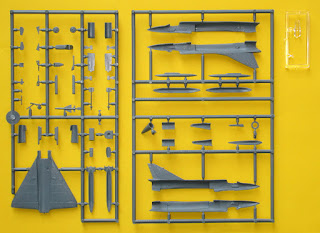 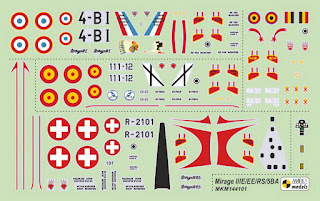