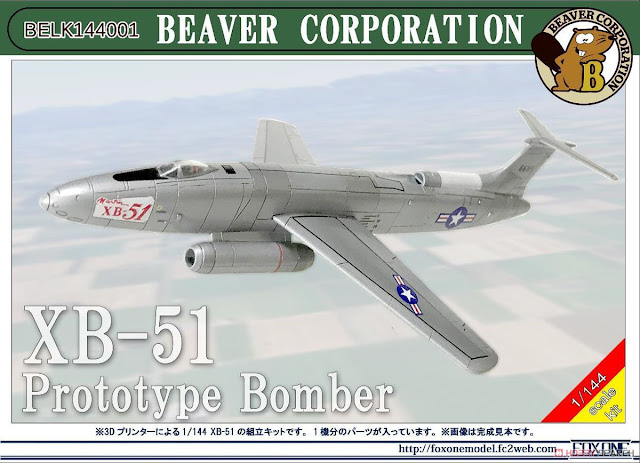 The Martin XB-51 was an American trijet ground-attack aircraft. It was designed in 1945 and made its maiden flight in 1949. It was originally designed as a bomber for the United States Army Air Forces under specification V-8237-1 and was designated XA-45. The "A" ground-attack classification was eliminated the next year, and the XB-51 designation was assigned instead.

The requirement was for low-level bombing and close support. The XB-51 lost out in evaluation to the English Electric Canberra which - built by Martin - entered service as the Martin B-57 Canberra.
https://en.wikipedia.org/wiki/Martin_XB-51 (which was an excellent aircraft )

A first for Foxone, this kit is branded under the Beaver Corporation banner, which is curious as traditionally Beaver Corporation as an importer and distributor of foreign kits into Japan. That said, they do seem to have promoted/distributed previous Foxone releases domestically in Japan - it would seem the relationship is growing?
http://foxonemodel.fc2web.com/original/lineup.html

Though the XB-51 was a big bird, the kit is not cheap! 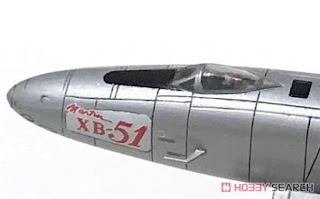 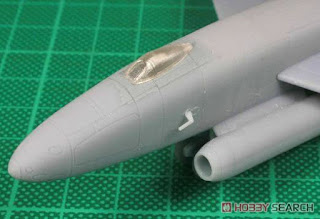