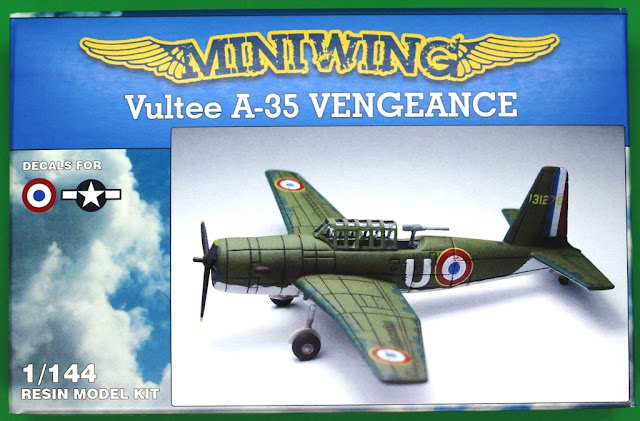 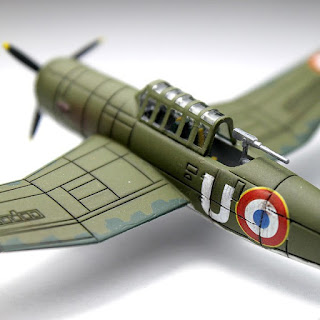 In 1940, Vultee Aircraft started the design of a single engined dive-bomber, the Vultee Model 72 (V-72) to meet the requirements of the French Armée de l'Air. The V-72 was built with private funds and was intended for sale to foreign markets. The V-72 was a low-wing, single-engine monoplane with a closed cockpit and a crew of two. An air-cooled radial Wright Twin Cyclone GR-2600-A5B-5 engine rated at 1,600 hp (1,200 kW) powered the V-72. It was armed with both fixed forward-firing and flexible-mounted .30 in (7.62 mm) machine guns in the rear cockpit. The aircraft also carried up to 1,500 lb (680 kg) of bombs in an interior bomb bay and on external wing racks.

The Vengeance was uniquely designed to dive vertically without lift from the wing pulling the aircraft off target. To this end, it had a 0° angle of incidence on the wing to better align the nose of the aircraft with the target during the dive. This resulted in the aircraft cruising in a nose-up attitude, giving a poor forward view for the pilot, particularly during landing. It had an unusual, "W"-shaped wing planform. This resulted from an error in calculating its centre of gravity. Moving the wing back by "sweeping" the centre section was a simpler fix than re-designing the wing root. This gives the impression of an inverted gull wing when seen from an angle, when in fact the wing has a more conventional dihedral on the outer wing panels.

France placed an order for 300 V-72s, with deliveries intended to start in October 1940. The fall of France in June 1940 stopped these plans, but at the same time the British Purchasing Commission, impressed by the performance of the German Junkers Ju 87, was shopping for a dive bomber for the Royal Air Force, and as it was the only aircraft available, placed an order for 200 V-72s (named Vengeance by Vultee) on 3 July 1940, with orders for a further 100 being placed in December.[3] As Vultee's factory at Downey was already busy building BT-13 Valiant trainers, the aircraft were to be built at the Stinson factory at Nashville,[a] and under license by Northrop at Hawthorne, California. 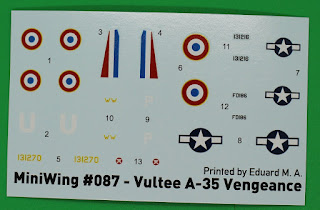 The Free French Air Force received 67 A-35As and -Bs in 1943, being used to equip three bomb groups in North Africa. The French, however, keen to get the aircraft operational as soon as possible did not incorporate improvements found necessary by Britain and Australia, so their aircraft proved to be unreliable and had extremely high oil consumption. As such, they were restricted to training operations, being finally withdrawn in September 1944.

While the U.S. received 243 V-72s and A31s diverted from the RAF orders together with large numbers of A-35s specifically built for it, these saw no combat, being used as initial equipment for light bomber squadrons that re-equipped with twin-engine aircraft before deploying overseas, and as trainers or target tugs. 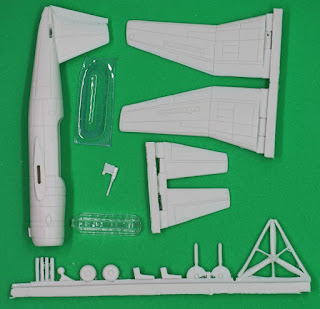 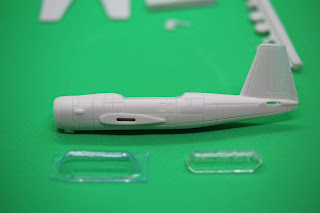 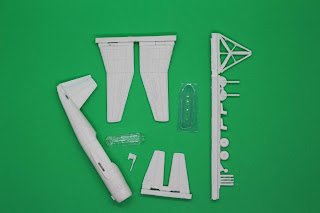 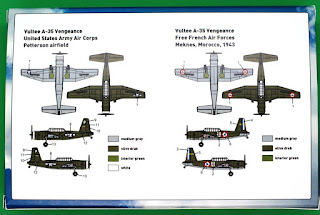