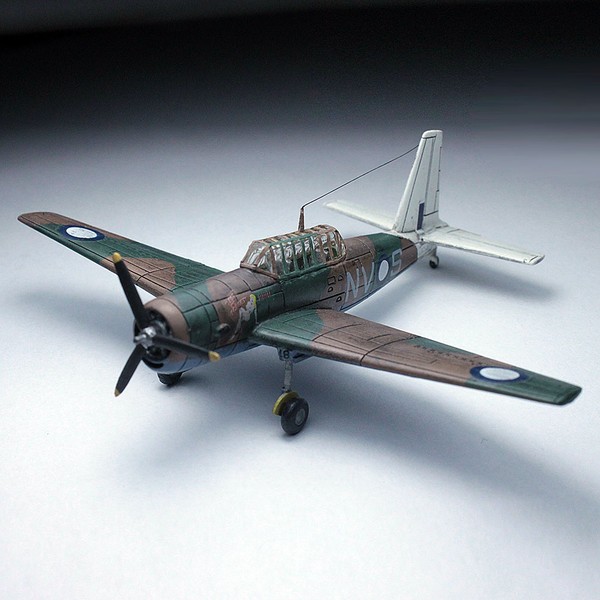 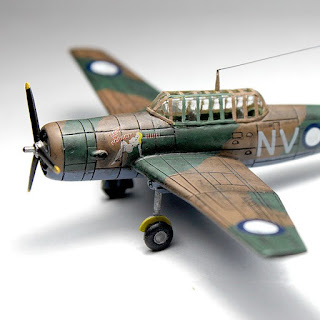 In 1940, Vultee Aircraft started the design of a single engined dive-bomber, the Vultee Model 72 (V-72) to meet the requirements of the French Armée de l'Air. The V-72 was built with private funds and was intended for sale to foreign markets. The V-72 was a low-wing, single-engine monoplane with a closed cockpit and a crew of two. An air-cooled radial Wright Twin Cyclone GR-2600-A5B-5 engine rated at 1,600 hp (1,200 kW) powered the V-72. It was armed with both fixed forward-firing and flexible-mounted .30 in (7.62 mm) machine guns in the rear cockpit. The aircraft also carried up to 1,500 lb (680 kg) of bombs in an interior bomb bay and on external wing racks.[2]

The Vengeance was uniquely designed to dive vertically without lift from the wing pulling the aircraft off target. To this end, it had a 0° angle of incidence on the wing to better align the nose of the aircraft with the target during the dive. This resulted in the aircraft cruising in a nose-up attitude, giving a poor forward view for the pilot, particularly during landing. It had an unusual, "W"-shaped wing planform. This resulted from an error in calculating its centre of gravity. Moving the wing back by "sweeping" the centre section was a simpler fix than re-designing the wing root. This gives the impression of an inverted gull wing when seen from an angle, when in fact the wing has a more conventional dihedral on the outer wing panels.[2]

The view of the Vengeance's limitations is disputed by Peter Smith in Jungle Dive Bombers at War, "The precision and skill of the dive-bombing method...and its clear superiority over most other means of air attack when it came to destroying small and well-hidden targets in difficult country, was proven over and over again in the Asian jungle campaigns. Yet the men who achieved these excellent results, for such economy of effort and comparatively small loss, were but a handful of pilots who have been forgotten in the overwhelming mass of the heavy-and medium bomber fleets that were pounding both Europe and Asia by 1945.[9]:160

This capacity was exemplified in the raid by RAAF Nos. 21 and 23 Squadrons on Hansay Bay. Smith wrote, "...the jungle-clad hills and islands of forgotten or unknown lands would become the major stage for the ultimate expression of the dive-bombers' skill."[9]:12 While the RAAF still had 58 Vengeances on order in March 1944, this order was cancelled and the aircraft were never delivered. Small numbers of Vengeances remained in service with support and trials units until 1946. 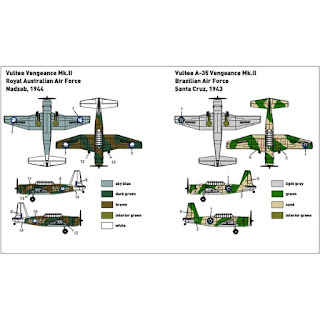 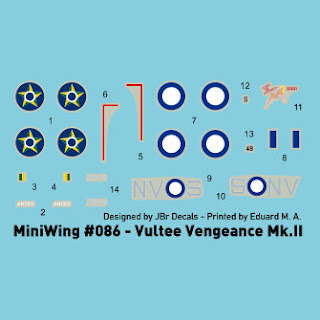 Its a great kit . Usual high standard and fills a gap in my model collection