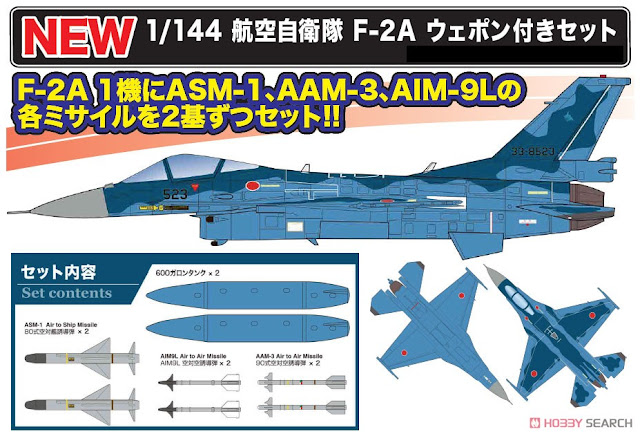 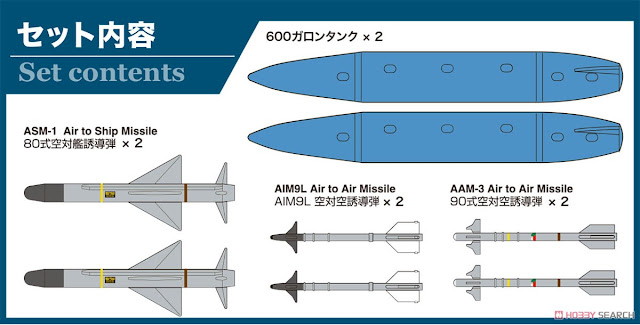 This item is limited to 3 per household.
--Set two ASM-1, AAM-3, and AIM-9L missiles on one F-2A !!
[About the actual machine]
――The F-2 fighter has been in operation since 2000 and is playing an active role as the main fighter of the Japan Air Self-Defense Force.
--Started development in 1988 as a successor to the support fighter F-1.
――The technologies of the United States and Japan were fused, and the development work was carried out jointly by Japan and the United States in consideration of the operation as a Self-Defense Forces aircraft and the geographical factors of Japan.
--Based on the American masterpiece fighter F-16, the main wing area has been increased with the aim of improving maneuverability, and weight reduction has been achieved with advanced materials and structures.
--In addition, the radar is equipped with an active phased array radar to enable the on-board operation of long-range air-to-ship missiles and ASM, as well as air-to-air radar missiles and air-to-air infrared missiles.
--The engine is equipped with one F110-GE / IHI-129 that exerts great thrust.
――The maximum speed is said to be about Mach 2.0.
――It is deployed at the Air Self-Defense Force bases all over Japan and is playing an active role in protecting the sky in Japan.
[About the model]
-The model is a plastic model assembly kit that reproduces the F-2 fighter operated by the Japan Air Self-Defense Force on 1/144 scale.
--In this set, the missiles operated by the F-2 are set.
--Air-to-ship missile ASM-1 (Type 80 anti-ship guided missile), AIM-9L (Sidewinder missile), and AAM-3 (Type 90 air-to-air guided missile) are set.
-The aircraft uses Ftoys parts that are easy to assemble.
――The total length of the finished product is about 10 cm, and the wingspan is about 7 cm.
――The wing design created by the joint development between Japan and the United States is realistically reproduced.
――The finish is delicate as well as the reproduction of panel lines.
-A pylon equipped with missiles under the wings is also available, and the appearance of equipping them can be expressed with plenty of power.
-Marking is set with decals.
-In addition to the markings on the aircraft, the markings such as the data drawn on the missile are also reproduced firmly.
――In addition, a marking depicting the colorful prototype No. 1 Shark Mouse (2014) is also included. I'm looking forward to how to finish it.
[Major features]
--Modeling the Air Self-Defense Force's F-2A fighter on 1/144 scale
--Plastic model assembly kit with a finished total length of about 10 cm
--Set two each of ASM-1, AAM-3, and AIM-9L missiles
-Aircraft parts are made by F-Toys,
-weapon parts are made by Platz
-A set of markings depicting the colorful prototype No. 1 Shark Mouse (2014)
( This is a machine translation. Please allow for possible misinterpretations in the text. )
Manufacturer : Platz
Scale         : 1/144
Release Date : Mar(Mar. 12, 2021 Pre-order start.)
List Price         : 1,760yen about 16.22USD
Sales Price : 1,360yen about 12.53USD 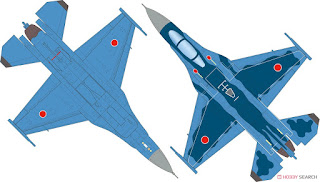