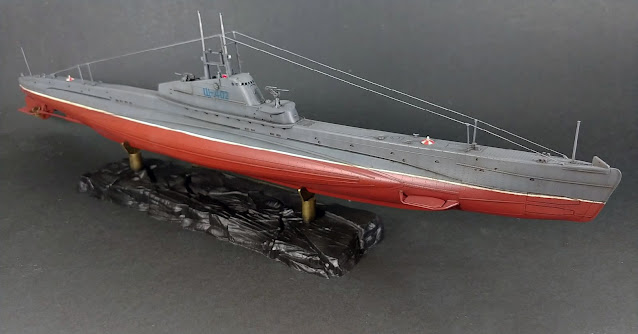 The Shchukas suffered heavy losses during the war. The Baltic, Black Sea and Northern Fleets lost 60–70% of their submarines. However, the submarines of the Pacific Fleet did not suffer any losses to the Japanese due to the tranquil nature of the theatre (military operations commenced only in the autumn of 1945 when the Japanese fleet largely was defeated). Three submarines were, however, lost to non-combat reasons. In all, 35 Shchuka-class submarines were lost, the vast majority during World War II.

From the image shown on the Zvesda catalogue, the design of the conning tower (sail) of this boat would appear to represent one of the 10 Series X Shchukas of the Pacific Fleet - there is no markings visible on the submarine.  However, in the image below  shows the same design along side the Soviet Cruiser 'Komintern' which was part of the Black Sea Fleet...

It is not known if parts to build all major variants will be included in this kit. 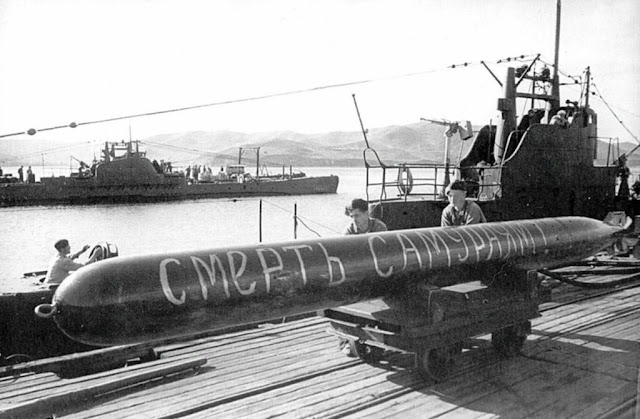 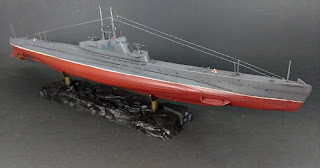 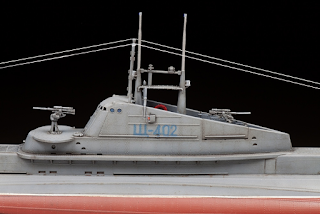 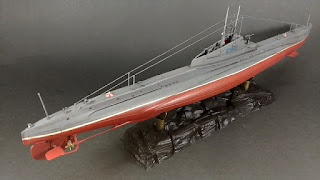 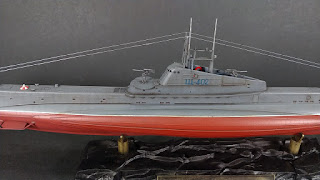 Mikr-Mir also did the alternate version of this submarine: 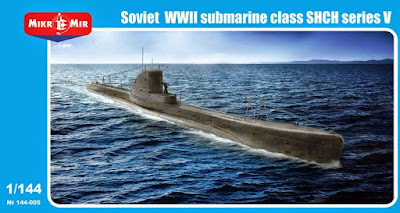