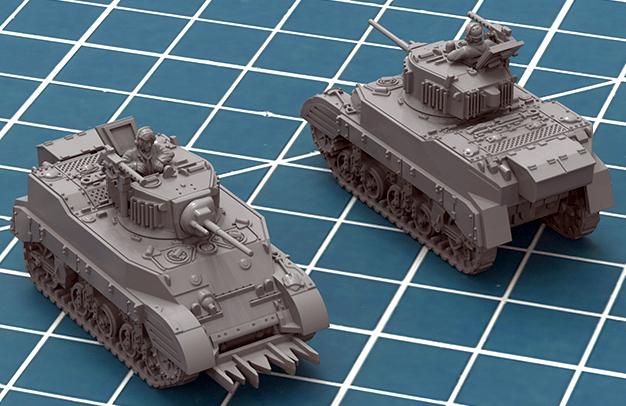 This set includes 6 superbly detailed plastic 12mm/1:144 scale tanks and a decal sheet.
The M5 Stuart was the Army’s standard light tank at the beginning of World War II.
It was primarily used in reconnaissance, flank security, and infantry support roles. The M5 was lightly armored, quick and maneuverable, with a top speed of 36 miles per hour.
Originally designed as a light battle tank, its role was limited because its 37mm main gun and thin armor could not stand up to German tanks in direct combat. The tank did prove useful in an infantry support role where it knocked out machine-gun nests and other enemy strong points, supporting soldiers as they advanced.
This type of tank was used by the 70th Tank Battalion (Light) in support of the 1st Infantry Division during Operation Husky, the invasion of Sicily, in 1943. M5 Stuart tanks were also used by the 745th Tank Battalion, Company “D,” who supported the 1st Infantry Division from D-Day until the end of the war. 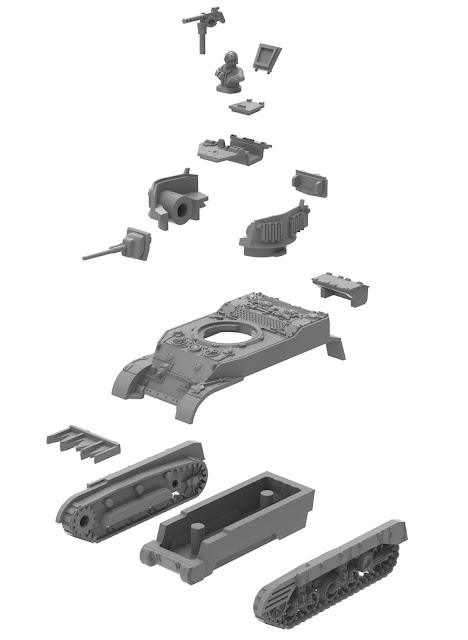