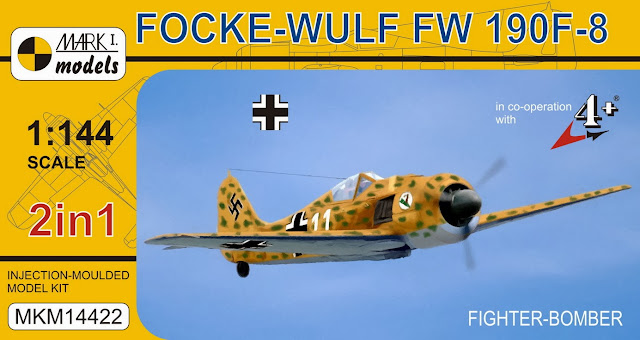 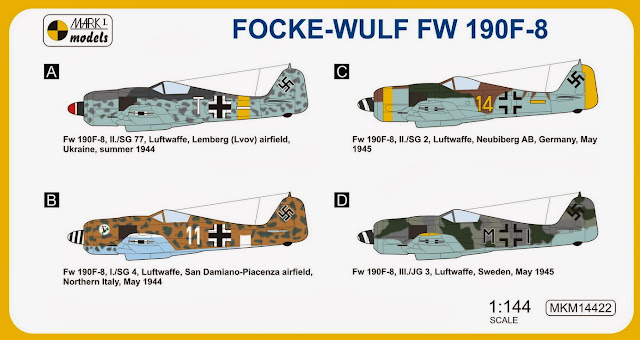 
MKM14422   Focke-Wulf Fw 190F-8 (2in1 = 2 kits in 1 box)
(Luftwaffe)
The Focke-Wulf Fw 190, designed in 1938, was a versatile German single-seat aeroplane which became the backbone of the Luftwaffe’ fighter force during WWII. Except its main role as a day fighter (A-series) it was also used as a fighter-bomber and ground-attack aircraft (F models). It was an all-metal monoplane powered by a BMW 801 radial engine.

Compared to its Fw 190A-8 counterpart, the F-8 model had a reduced wing armament, consisting of only two wing root-mounted cannons. Centreline fuselage and underwing racks enabled bombs to be carried.
At least 3,400 aircraft of this type was built and many modifications, using special pre-packaged or field kits, existed to fulfil various roles.

Available for Pre-order at http://www.kits-shop.com/index.php  (run by Miniwing) and free worldwide shipping (November 2013)
Posted by bluedonkey99 at 20:24