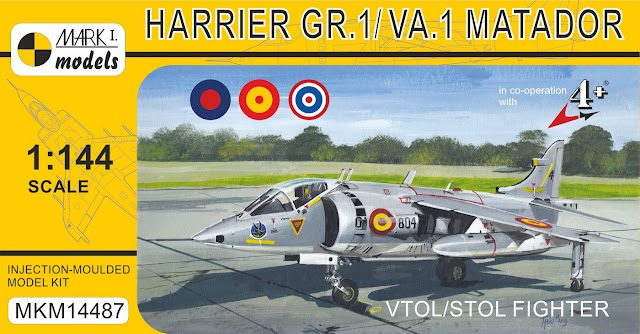 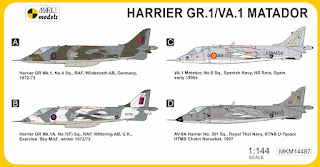 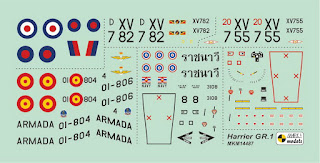 The GR.1A was an upgraded version of the GR.1 having an uprated powerplant. 58 a/c of this model existed, of which 17 were new built and 41 modified from the GR.1. During the type’s service the RAF operated the Harrier fleet in West Germany as a deterrent against Warsaw Pact threat.
AV-8S was an export version of the AV-8A Harrier for the Spanish Navy. They were delivered in two batches of five (as the Harrier Mk.53 and Mk.55) in 1976 and 1980, respectively, and locally designated VA.1 Matador. They were retired in 1996 and sold to Thailand. The Royal Thai Navy acquired seven single-seat Harriers in 1998, but following problems keeping them operational they were stored and finally withdrawn in 2006.

The Harrier was a single-seat fixed-wing all-metal monoplane powered by a R-R Pegasus turbojet, used for ground-attack, close air support, reconnaissance and fighter roles. It was fitted with two air intakes and four vectoring nozzles for directing the thrust generated by the engine. It had a tandem undercarriage and two outrigger landing gear units. External store hard points were installed for carrying a variety of weapons and external fuel tanks: two under each wing and one under the fuselage, while two Aden cannon gun pods could also be fitted beneath the fuselage.

The Harrier was a very innovative aeroplane and the only truly successful V/STOL design of the many that arose during that period of time and it became the versatile warrior of the RAF.

One injection-moulded kit is supplied in this box; it contains 54 parts and one clear part (the cockpit canopy). A comprehensive decal sheet is included. 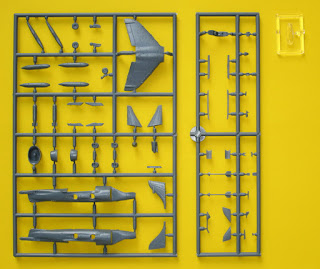 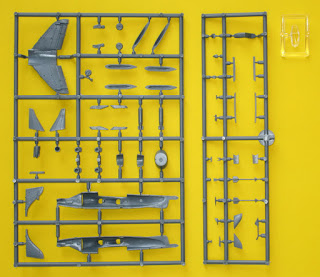