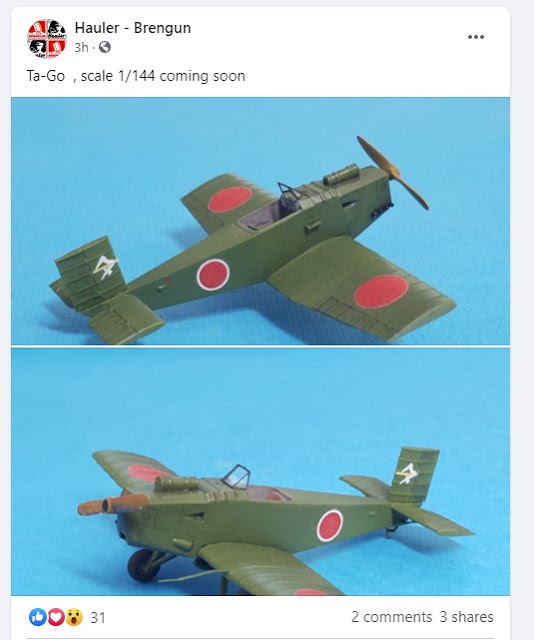 1945. The Ta-Gō was a single seated kamikaze plane made mostly out of plywood, fabric, and wood lathes. The landing gear was fixed. It featured a Hitachi Ha-13 Ko 9-cylinder radial engine that produced 450hp, The only armament it could carry was a 500kg bomb, which could not be released.

Brengun expand their range of German WWII experimental aircraft, by branching out into Japanese experimental/late-war aircraft. I hope this is the start of a range of Japanese aircraft.

This has only previously been available as i) an bonus kit with the Anigrand (Nakajima G8N-1 Renzan (Rita)) kit, or b) as an individual show special in Japan (via Dameya)

This is a resin kit.

Release Date: to be confirmed