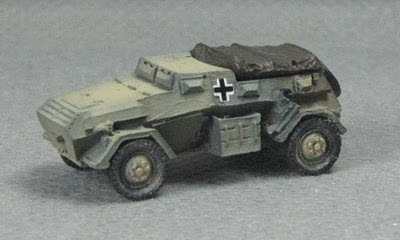 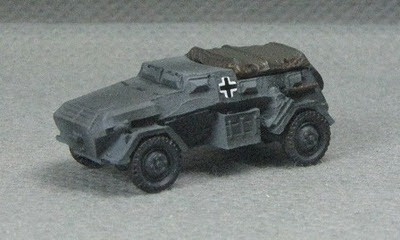 1/144 Sdkfz 247 Ausf.B - Waffen144
he Sd.Kfz. 247 had an open-topped, thinly-armored body placed on a wheeled chassis. It was unarmed as its six-man crew was not intended to fight. Rather it was intended for use by the commanders of motorcycle and motorized reconnaissance battalions, although neither version was fitted with any radios. Its armor was intended to stop 7.92-millimetre (0.312 in) armor-piercing bullets at ranges over 30 metres (33 yd). Photographic evidence shows some Ausf. B vehicles were retro-fitted with a star-shaped radio antenna, mounted inside the crew compartment, and an additional armor plate bolted to the lower glacis of the hull.