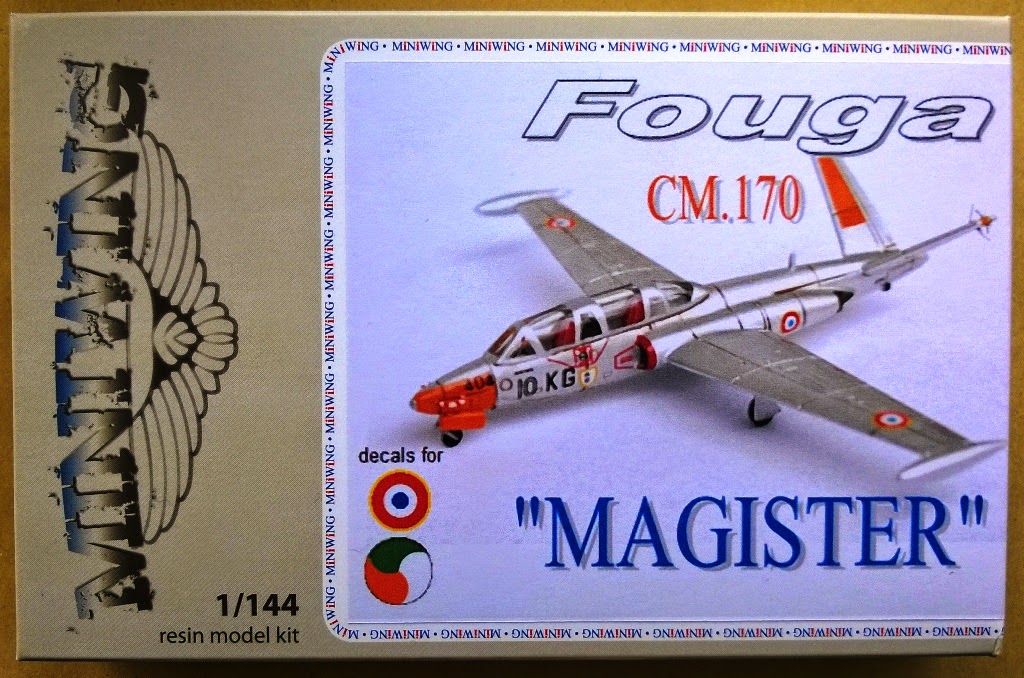 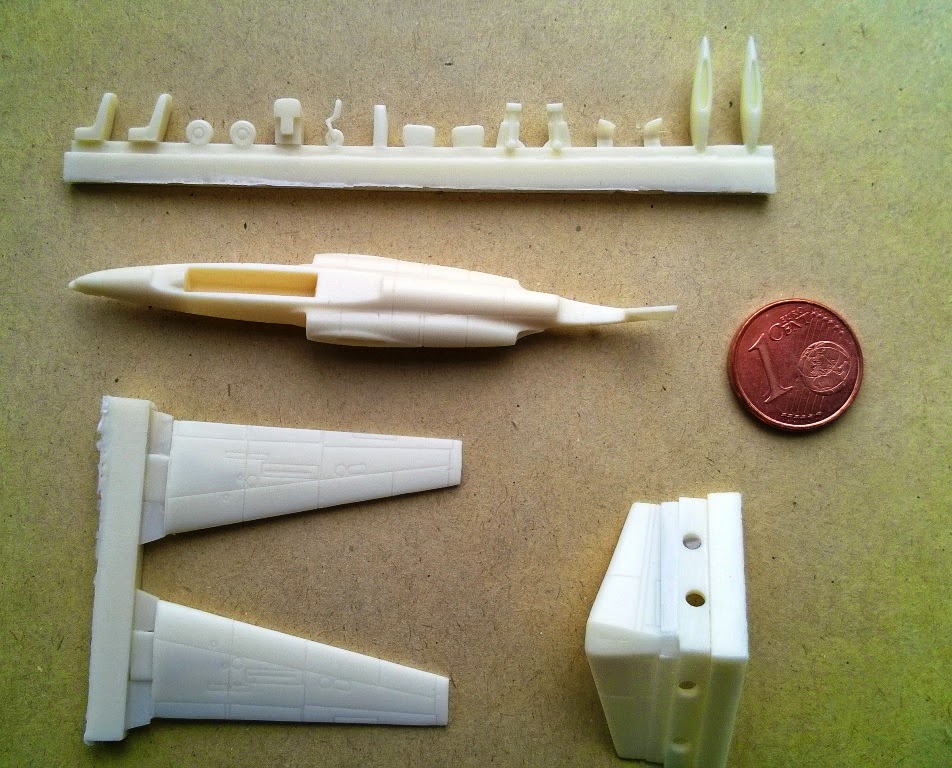 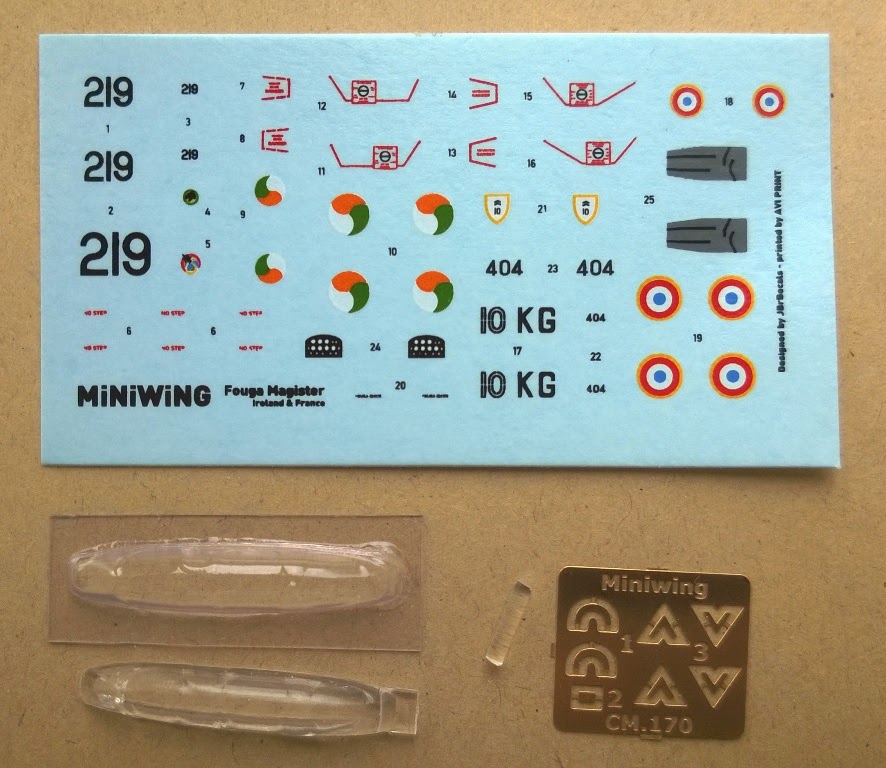 Originally designed for the French Air Fore (Armée de l'Air, AdA), and exported initially to Germany and then to many countries around the world, including locally licensed production. It has also been used as a light strike and fighter aircraft, while also seeing service with a number of acrobatic teams!
http://en.wikipedia.org/wiki/Fouga_CM.170_Magister

A great little and straightforward kit conforming to the Miniwing style being cleanly cast quality resin with no obvious air bubbles. The panel lines on fuselage  are very finely cast and provide a good balance between finesse and detailing

This kit also includes both Vac-Form and Clear Resin Canopy options and also has a photo-etched sprue for detailing.