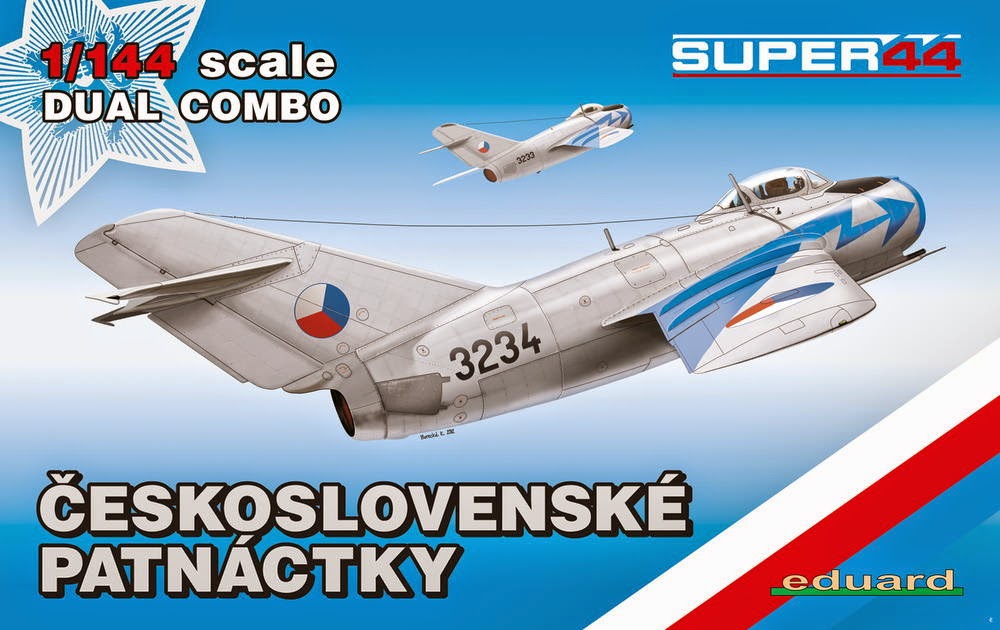 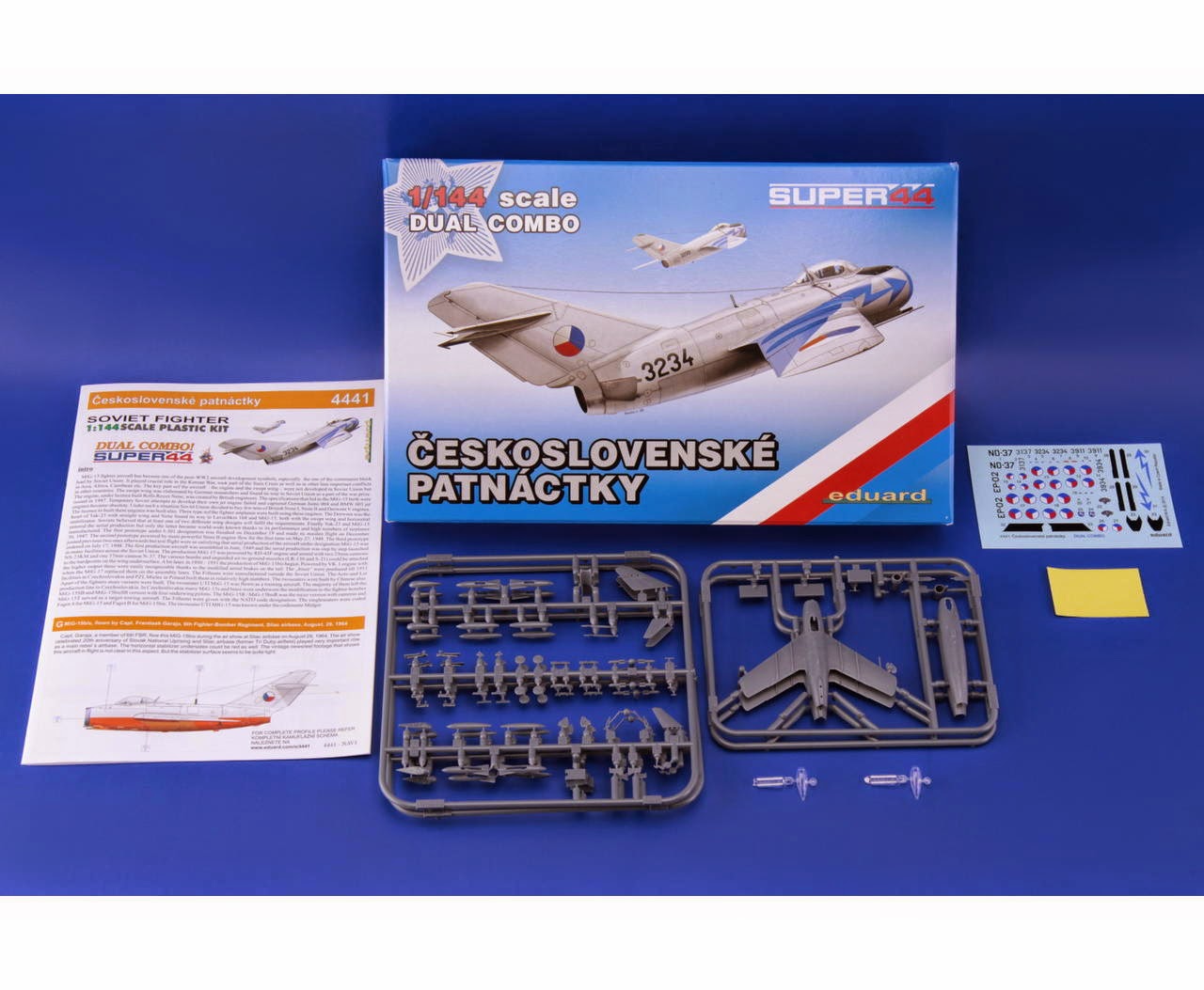 1/144 Mikoyan MiG-15/UTI DUAL COMBO (Czech Scheme) - Eduard
The Mikoyan-Gurevich MiG-15 (Russian: Микоян и Гуревич МиГ-15; NATO reporting name: "Fagot") is a jet fighter aircraft developed by Mikoyan-Gurevich OKB for the Soviet Union. The MiG-15 was one of the first successful swept-wing jet fighters, and achieved fame in the skies over Korea, where, early in the war, it outclassed all straight-winged enemy fighters in most applications.

Later, the MiG-15 would also serve as a starting point for the development of the more advanced MiG-17. The MiG-15 is believed to have been one of the most widely produced jet aircraft ever made; in excess of 12,000 were manufactured. Licensed foreign production may have raised the production total to over 18,000. The MiG-15 is often mentioned, along with the North American F-86 Sabre, as the best fighter aircraft of the Korean War, and among the best fighter aircraft of all time.
http://en.wikipedia.org/wiki/Mikoyan-Gurevich_MiG-15

Another great new kit from Eduard, as usual produced, packaged and presented to the highest standards.

JBRDecals is already producing aftermarket decals for these kits!
Posted by bluedonkey99 at 18:41