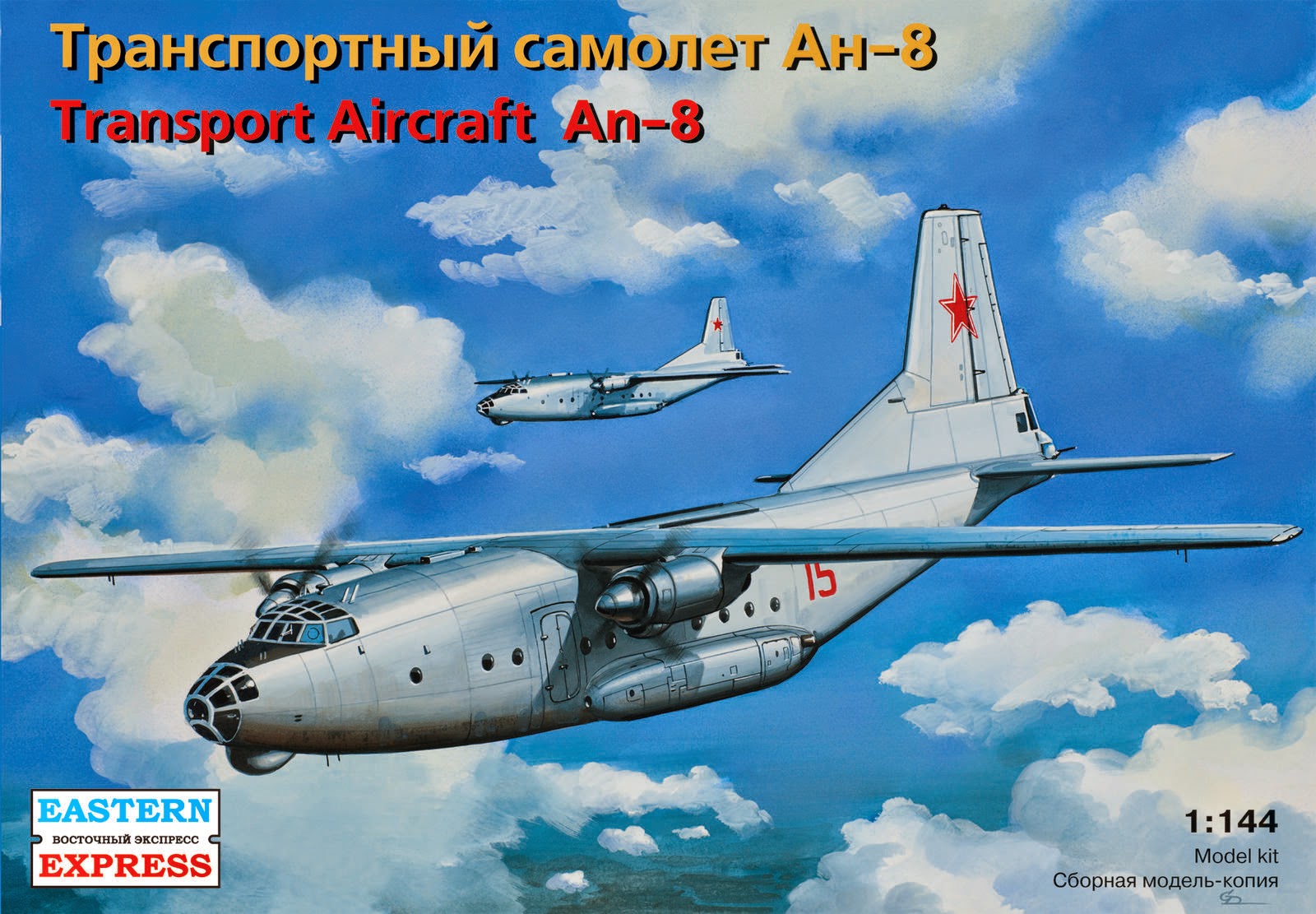 This is just appearing on Eastern European/Russian models shop and ebay sites.
EE do a 1/72 version, but has different reference number (EE77141)

The An-8 was built in the GAZ-34 factory in Tashkent, from 1957 to 1961, as a larger-capacity replacement for the earlier Lisunov Li-2 (DC-3), with a large unpressurized hold, a manned tail gun position, chin radome for navigation/mapping radar and a glazed nose for the navigator.[2]