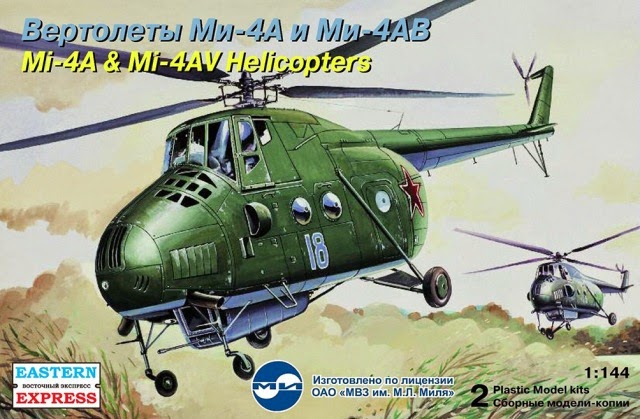 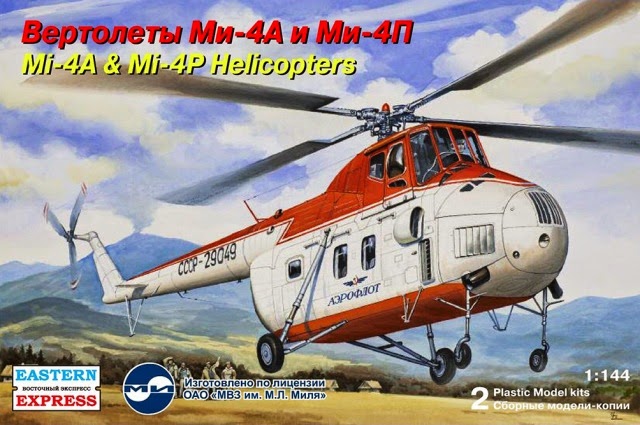 The Mi-4 was designed in response to the American H-19 Chickasaw and the deployment of U.S. helicopters during the Korean War. While the Mi-4 superficially resembles the H-19 Chickasaw, it is a larger helicopter and is able to lift more weight. The first model entered service in 1952, and replaced the Mi-1.
http://en.wikipedia.org/wiki/Mil_Mi-4

Mi-4P / Mi-4VP  Civil transport helicopter, with accommodation for between 8 and 11 passengers, plus eight stretchers and a medical attendant for air ambulance duties.

Release Date: Dec 2014  (Well, it depends, some territories have it already, others coming soon)