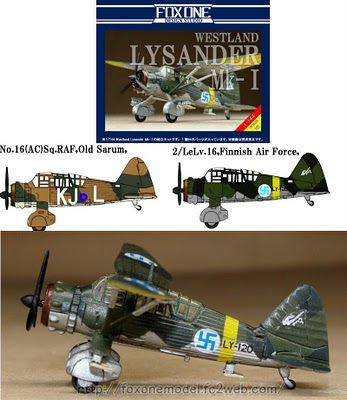 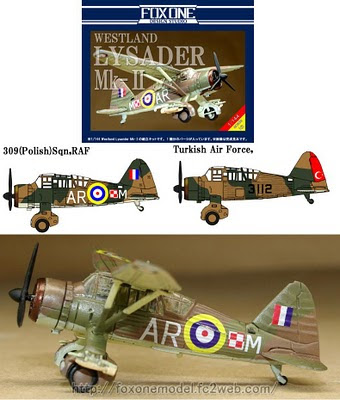 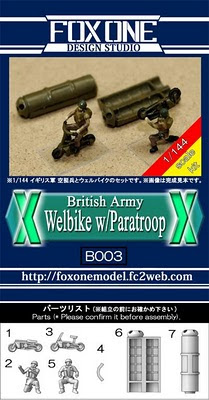 Foxone has release a new set of kits, the 1/144 Westland Lysander MK. I and Mk II.

I think these are great and am glad to see this kit produced. It is one of those unsung hero's of WWII, not the fast sexy fighters such as the Spitfire or P-51D, or the city destroying Lancaster's or B-17s, it is however an important and interesting aircraft.

The Lysander was flown by around the world by over 12 airforces and services in WWII and afterwards:
http://en.wikipedia.org/wiki/List_of_Westland_Lysander_operators

Each box has 1x Kit and 2x Decal options as shown on the images above.

Finally,
Another interesting little item, the 'Welbike'. Although more famous for use by the British Paratroops at Arnhem, it too was use by SOE special agents.
Designed to allow for the rapid movement of paratroops once landed.

Reviews on Internet Modeler for MK.1 and MK.2