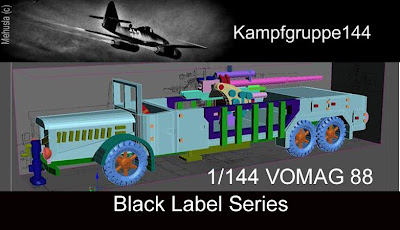 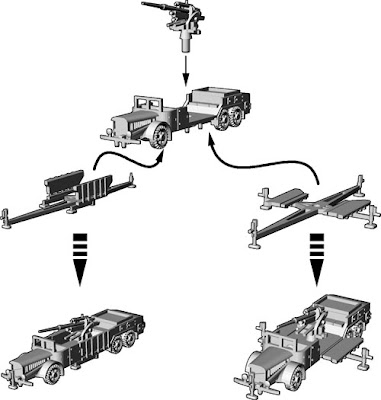 This is the first in a range of new and previously unissued 1/144 minitures, I hope that you will find the designs interesting and note worthy.

I have entered into a maufacturing and distribution partnership with CGD to ensure that the most efficient use of the 3D Printing and design techniques are used, and that items are shipped quicky and efficiently!

The VOMAG is one of the most interesting vehicles in the inventory of Wehrmacht in WWII. It was not as some think a ‘paper panzer’, but a real operational vehicle that saw action across Europe.

The development of the VOMAG is an interesting one, based upon the Vogtländische Maschinenfabrik AG (VOMAG) design for the Büssing NAG 900L. The chassis had three axles, two of which were driven, and was powered by a 6-cylinder diesel engine that was capable of reaching 90 km / h. (55 mph).

The Vomag served exclusively with the original Wehrmacht unit of the Führerbegleitbrigade (FBB: Führer escort brigade). It was highly mobile and easy to deploy to ‘hot spots’ across Germany and Occupied Europe. Notable engagements where the defence of German cities against Allied bombing, protection duties at Hitlers HQ the Wolf's Lair (Wolfsschanze) near Rastenburg, before the destruction of the units in February 1945 during the siege of Budapest.

Can this one buy it now??

not sure, please see the photo

The initial batch has sold out, more sales will be provided - please email cgdynamix@gmail.com with your requirements