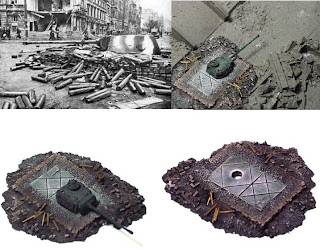 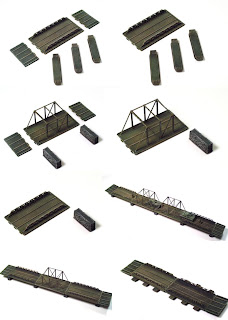 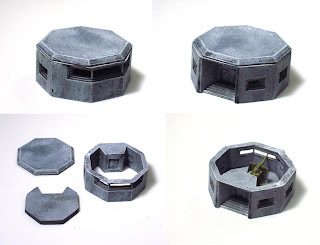 CGD have released a new range of interesting 1/144 items, while these are aimed at 'wargaming' i think they could work equally well as diorama or display pieces.

For the Panzerturms, at last you have a purpose for all those spare can.do Panthers!?

The Panther turrets are not included, and obviously if you felt inclined you could use turrets from other tanks. One of the Panzerturms is designed as "Berlin: Last Days of the Reich" and the other as a "west wall" piece, I think it would also be possible to use these as 'Cold War' fortifications as i think similar constructions were used in Switzerland, Czechoslovakia and other Eastern Bloc Counties!? Or, maybe ata push - A Golan Heights Compaign?


The Bridge system is interesting as there are various starter packs and extension packs available, obviously a combination of these packs could make for an a) interesting or, b) long bridge.

Finally, there is a nice little bunker (88mm not included)

these can be found on CGD ebay store.
http://stores.ebay.com/Combat-Group-Dynamix
Posted by bluedonkey99 at 19:38