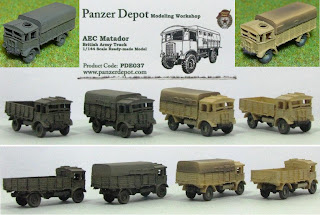 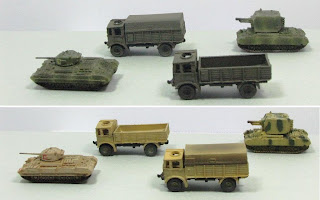 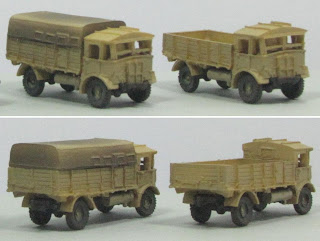 Panzer Depot have released a new item for Feburary, the British AEC Matador Lorry (not truck, these are British remember!) One of the stalwarts of British softskins http://www.aecmilitant.co.uk/

These should be a welcom addtion to war gamers order of battles and for dioramas alike. 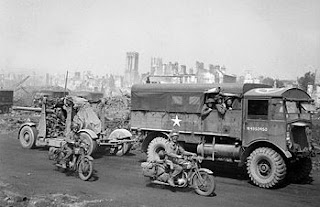 As for the "white star", I believe that post D-Day it was not unusual for British vehicles to be marked with a white star, or white star within a white circle to aid identification of Allied invasion forces to stop "friendly fire" or "Blue on Blue" incidents!
Posted by bluedonkey99 at 20:24

I was about to reach the same conclusion re: what the Matador was towing until I checked out this site - http://www.canadiansoldiers.com/weapons/ordnance/37inch.htm. The 3.7 inch bears a remarkable similar to the 88mm gun. The only thing that might sway the argument is a close-up or enlargement of the Wikipedia photo.

Good to see PD adding some trucks (they already have an Opel Mautier in the range). Just wish the items were a few dollars cheaper and I'd buy a swag.